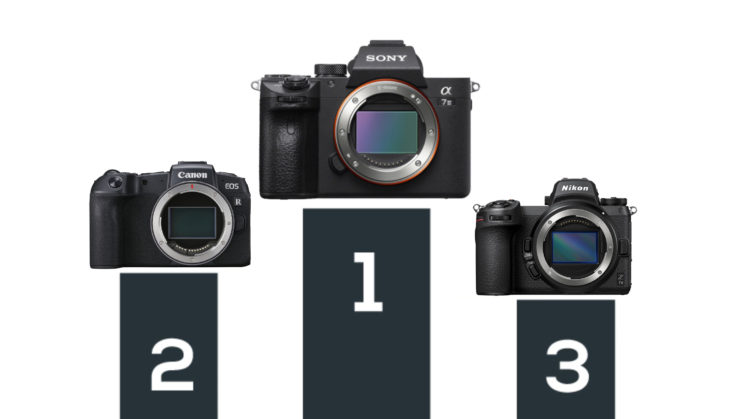 2020 wasn’t the best year for camera companies (or for anyone else for that matter). But still, some new gear was introduced and millions of cameras were produced after all. So, there are some numbers to compare, and Sony seems to be winning the numbers game. According to a recent report, it beat both Canon and Nikon when it comes to mirrorless cameras produced last year.

Interestingly enough, mirrorless cameras surpassed DSLRs in worldwide shipments last year for the first time, according to Sankei Biz. Canon and Nikon have both switched focus to mirrorless systems, but they still can’t beat Sony. DC Life reports that the total number of mirrorless cameras made in 2020 was 3.26 million units. Sony produced 1.15 million, taking first place in mirrorless camera production. Canon is not far behind with 1.05 million units. And yet Nikon comes far behind the two competitors with 250,000 units. I guess it’s not that strange considering the company’s struggles.

As far as DSLRs go, their 2020 production totals at 2.39 million units. Canon made more than a half (1.71 million), while Nikon made 650,000. They make the majority of total DSLR production, but the difference between the two is staggering.

As far as mirrorless cameras go, Sony is ahead of the competition. Although, Canon is not far behind, and I’m curious to see if the tables will turn. Nikon on the other hand has some catching up to do with both. Earlier this year, the company announced that it will focus on mirrorless after an 80% drop in camera sales. This decision was supported by the Nikon Z9 announcement, and you can even see the leaked specs here. On the other hand, Canon expected to announce an EOS R1 flagship sometime this year, so I guess that the race continues.