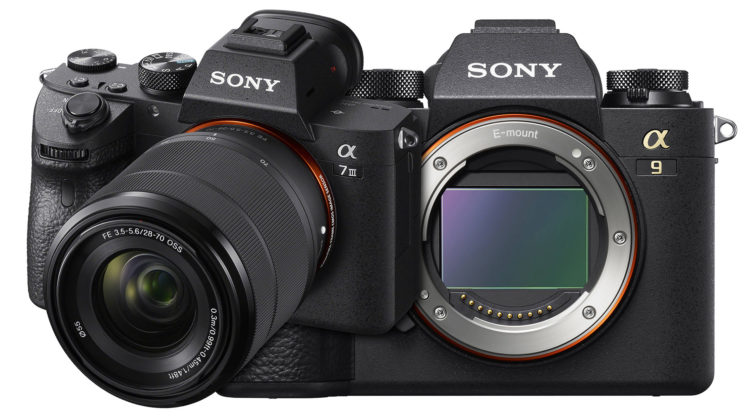 Nobody can really deny Sony’s popularity amongst the enthusiast & hobbyist market. They’ve pretty much taken the world by storm amongst those who want smaller, lighter systems, without sacrificing features or quality to pursue their passion. And the Sony A7III  set all kinds of new standards for the term “basic model”.

For many working professionals, though, who depend on their kit to keep a roof over their heads, they’ve stuck to what they know. That means Nikon and Canon DSLRs. But Sony seems to be winning them over with their latest round of fast, accurate mirrorless bodies.

Bloomberg reports that more pros are starting to switch to Sony now that they’re able to shoot images more easily than with their DSLRs. Or rather, the absence of the mirror & prism, along with faster continuous shooting rates & more advanced autofocus systems allows them to nail the shot more often.

Nikon and Canon have mostly sat on their backsides to see how the whole Sony thing plays out, and their own attempts at mirrorless so far haven’t helped their situation. Of course, both of them are set to announce something supposedly good pretty soon. Nikon in just 9 days, and Canon hopefully by Photokina. And let’s hope they offer something impressive.

Technical abilities aside, though, there are other things that have held many off from making the switch. The report says that “Some pros say Sony hasn’t rolled out new lenses fast enough, and have complained that customer support has lagged behind Canon and Nikon”. I’ve certainly heard a few horror stories about Sony’s customer support in some countries that would undoubtedly put me off. And I know a few people who switched from DSLR to Sony back to DSLR again.

The lens situation seems to be largely resolving itself, though, especially now that there are more native E mount options from 3rd party companies, like Sigma’s Art series lenses. Sony also says that they’re working to improve both themselves, though, by bringing out more OEM lenses and making their customer support more… uh… supportive. They’ve already announced plans to become the top camera brand by 2021, so they’re likely pretty serious about the promise, too.

The pro market, they say, is worth around $3.2 billion a year, with Canon & Nikon pulling in the lion’s share. Sony’s A9, A7RIII and A7III cameras really do seem to have raised the bar in many respects for cameras of all types. And if they do manage to step it up with support, that dominance of Nikon and Canon may very well come to an end.

Although DSLRs do still have a strong presence in the pro market, and I don’t plan on giving my own up any time soon, they may not have long left. As the tasks we ask of our cameras get more demanding, DSLRs just seem to be getting left behind. It’s not that mirrorless necessarily allows you to do something that DSLRs can’t, they just seem to be able to do it more often and more consistently now that the tech has caught up.

It will be very interesting to see how the next year or so plays out. Nikon is set to announce their first (first two?) full-frame mirrorless cameras within the next couple of weeks. Canon’s will be coming shortly after that. And we’ve still yet to see a Sony A7SIII.

Head on over to Bloomberg to read their full thoughts on Sony’s growing position.