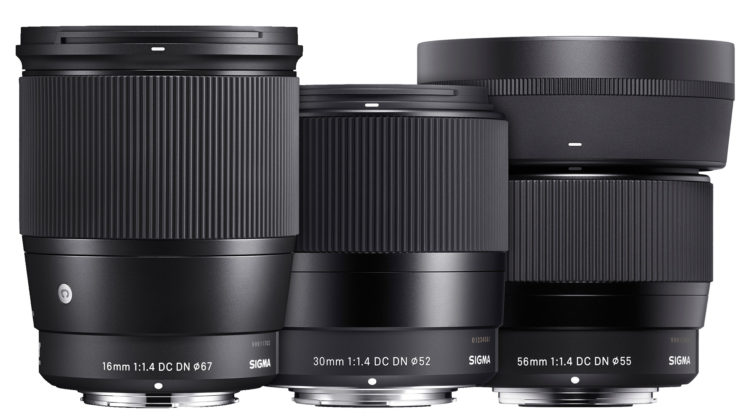 Sigma has announced three new lenses for Canon’s APS-C EOS M series cameras. The new EF-M lenses are Sigma’s 16mm f/1.4 DC DN, 30mm f/1.4 DC HSM and 56mm f/1.4 DC DN Contemporary lenses, previously only available for Sony E Mount and Micro Four Thirds. And a mount conversion service is coming for any users who might already own these lenses in either of those mounts.

The three lenses are part of Sigma’s existing collection but in a new EF-M mount flavour. The new EF-M versions also come with a $50 premium over their Sony and MFT counterparts, which are currently seeing a $50 instant discount.

The new lenses are available to pre-order now and are expected to start shipping on October 18th. The mount conversion service will be available starting October 19th.

If 3rd parties like Sigma are starting to pay more attention to it, then it looks like EF-M is here to stay, as if new EOS M camera announcements hadn’t already convinced you, despite the push for full-frame RF mount mirrorless cameras.

The new EF-M mount lenses will be on display at PPE 2019 in New York this month along with the new Sigma fp mirrorless camera.