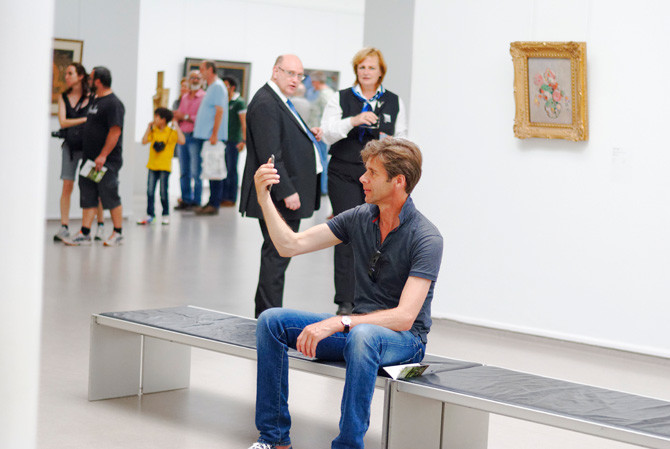 More than once I have succumbed to the pressure to be in one and together with me, only few have been able to escape the phenomenon of the selfie.

Selfies seem to have become just another part of life. Over time the wonderment about people striking the strangest of poses in front of their telephones has vanished. Younger generations will even find themselves in selfies that exceed their memory. We have simply learned to see upon the selfie as a part of modern day society and the debate surrounding it slowly fades away.

Maybe we were a bit behind, but only last fall, when we were in Rome it struck us how immensely popular the selfie has become. In front of that painting you really love, together with the people you befriended during your holiday, in front of that monument you have read about all your life and basically anywhere else the first thing to do seemed to be taking a selfie. Commerce picked it up before we did and there was not a street vendor to find that didn’t sell the infamous selfie-stick.

It all seems fair enough. You experience a moment of joy, wonder or happiness and something inside urges you to capture that moment. You simply want to lay hold of the magic of a moment so that you can return to that magic after it has disappeared. Not everyone thinks as lightly about it as that. The criticasters of the selfie-culture hold an entirely different view. To them the selfie is the narcissist expression of a self-absorbed society that revels in its smugness. 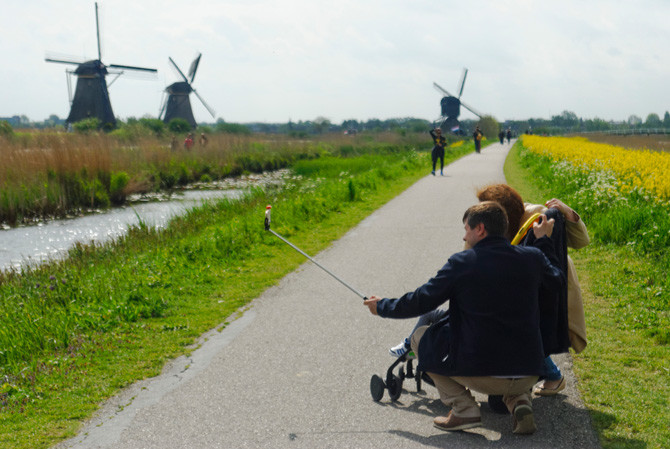 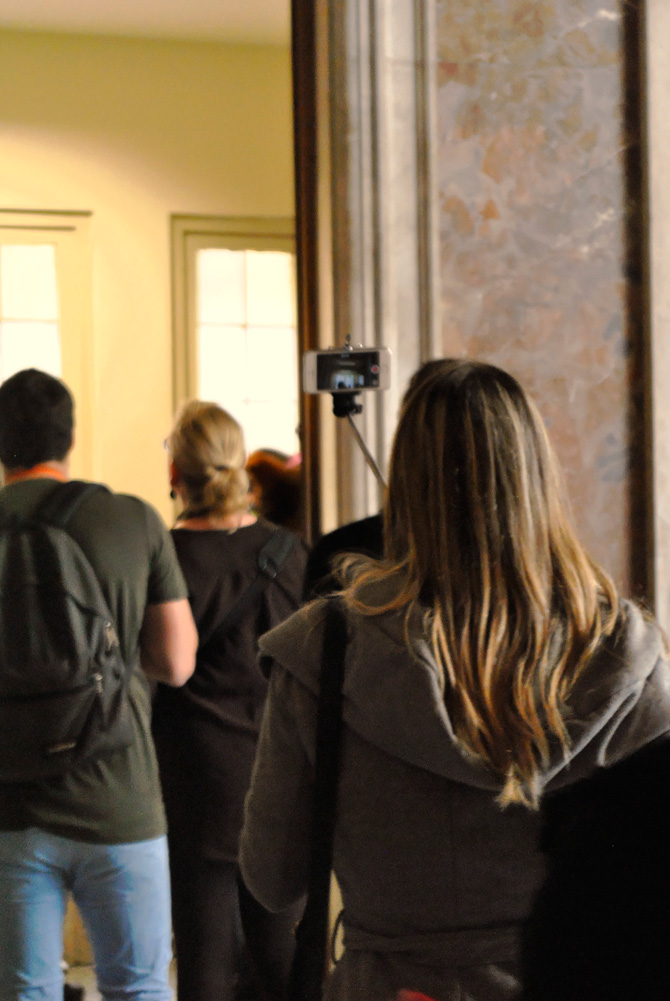 Selfie at the Vatican

Although the criticasters might exaggerate things a bit, their ideas are not entirely senseless. The abilities of man, both intellectually and technologically, are bigger than ever before in history and what do we do with it? Right, we make phones, cameras and sticks that help us portray ourselves as cool as possible. What does it say when the best of society’s capabilities are mobilized for such a purpose?

When future archaeologists ever solve the puzzle of all those people that once stared in the lenses of their phones, they might conclude that every selfie tells a bigger story than it intended to tell. They might come to see upon the selfie as one of the most characteristic expressions of our postmodern society. It might be the story of a society that has abandoned the religion and great ideologies of their ancestors. The story of a society that has ceased to dream dreams that can raise the individual above itself. A society that has left the individual nothing but itself. 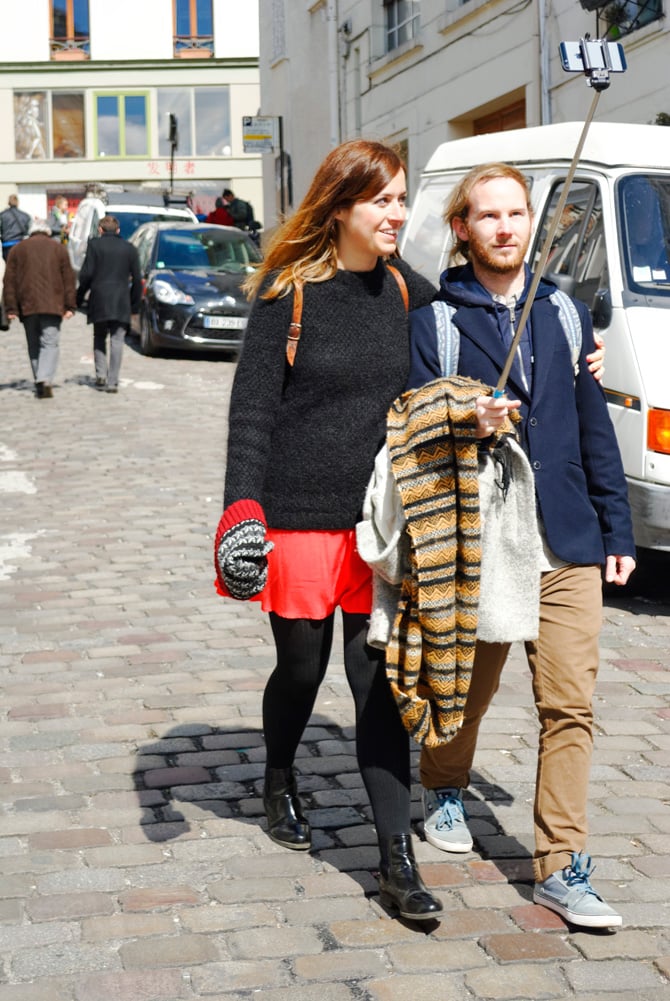 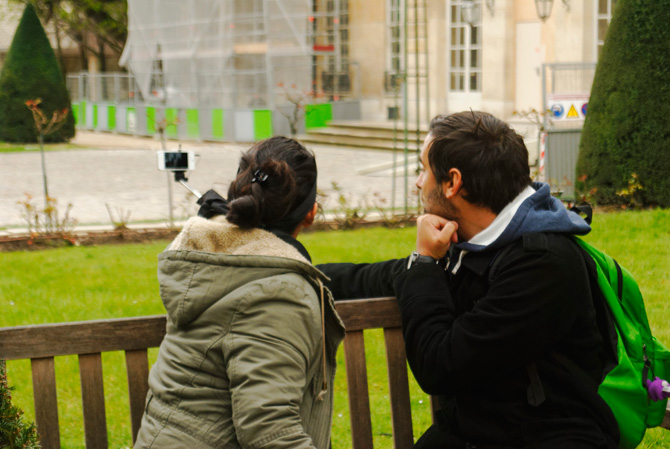 In front of Roden’s “Thinker”

When the individual is all that remains, it is inevitable that self-centerdness gets a hold on society in at least some degree. With all the selfies we managed to capture, we therefore might have captured a glimpse of the spirit of our time along with them. It is the story of a time in which the camera no longer grants us a view on the world, but grants the world a view on ourselves. A time in which the world left the center stage to the great story of the Self in which she now humbly serves as a décor. 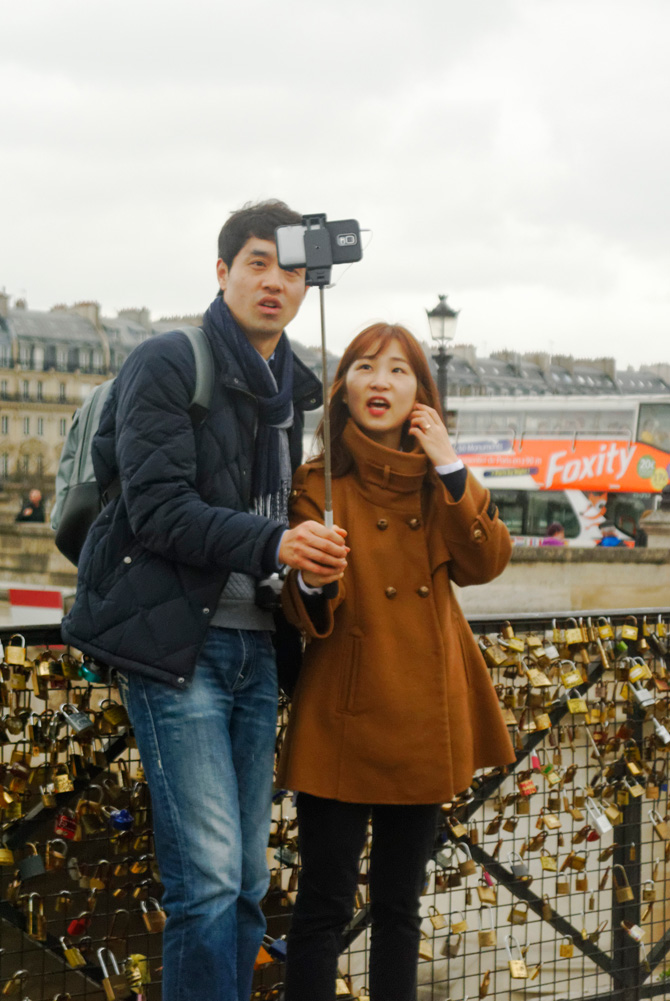 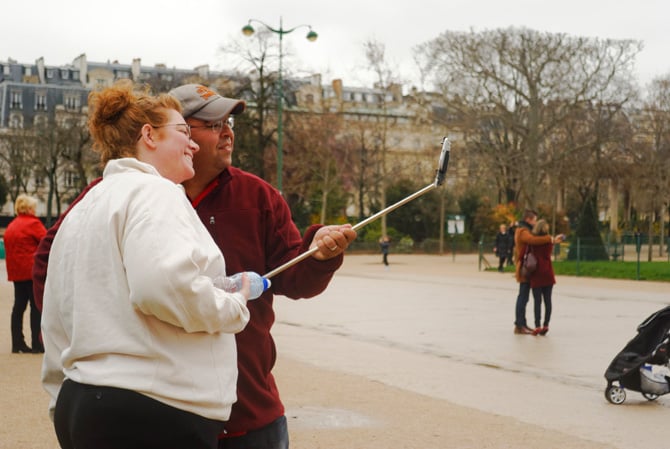 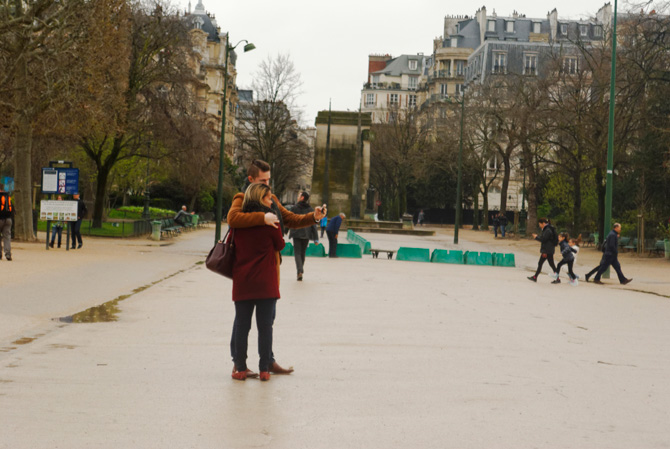 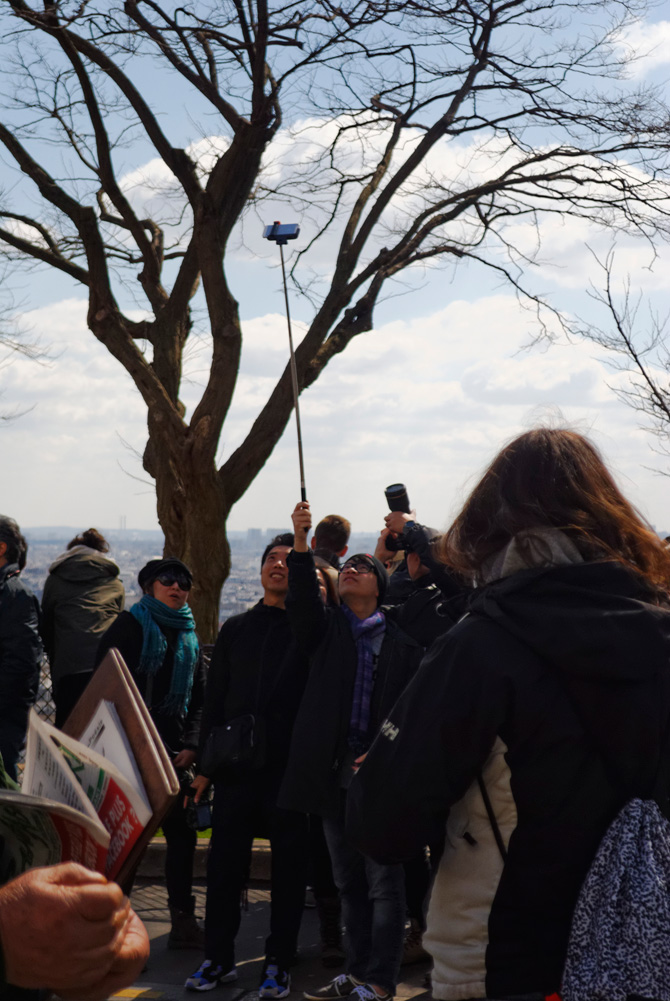 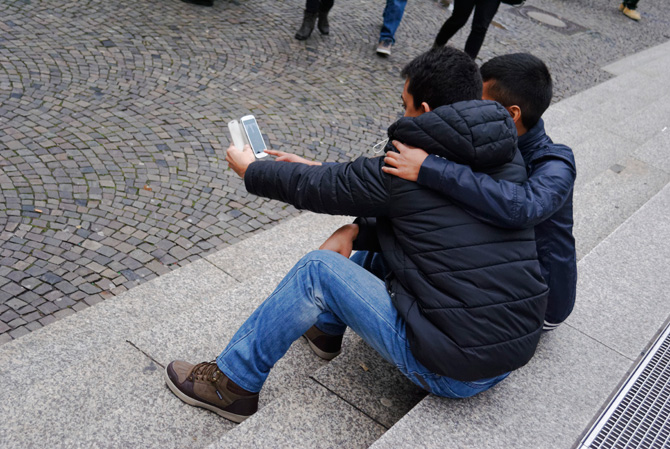 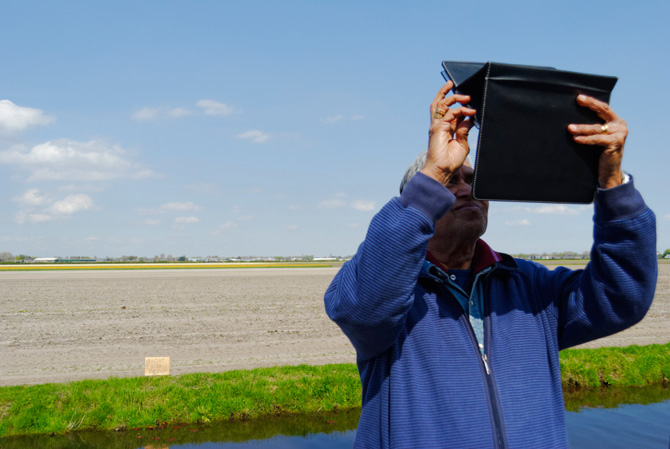 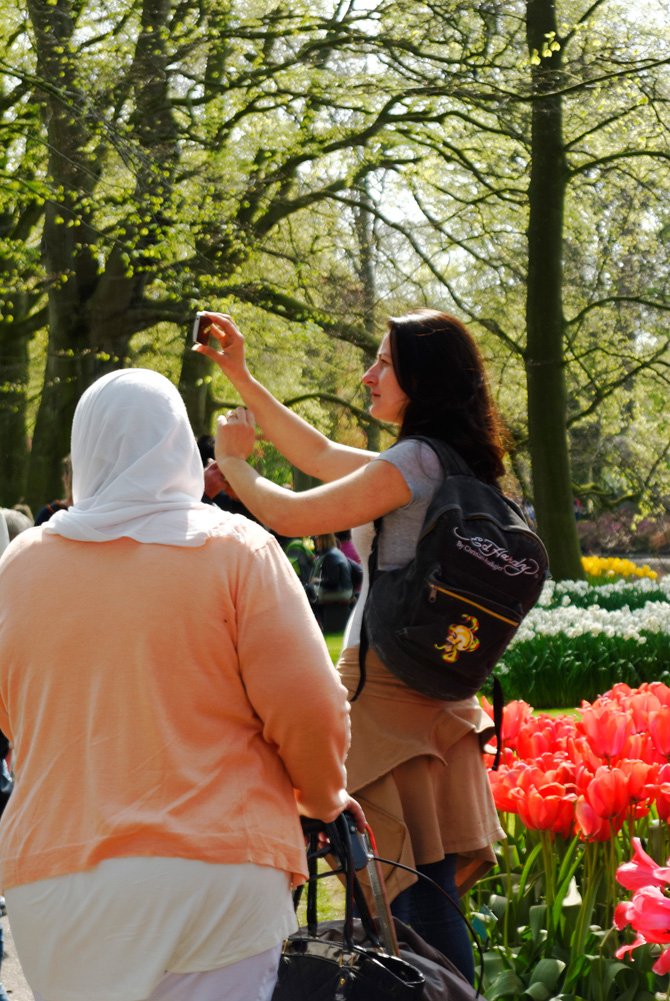 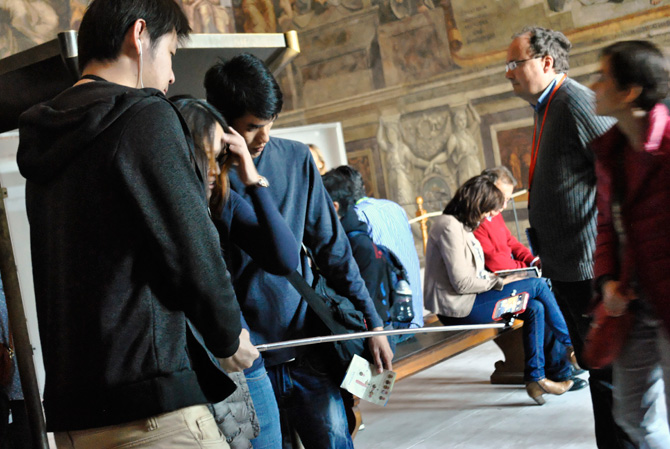 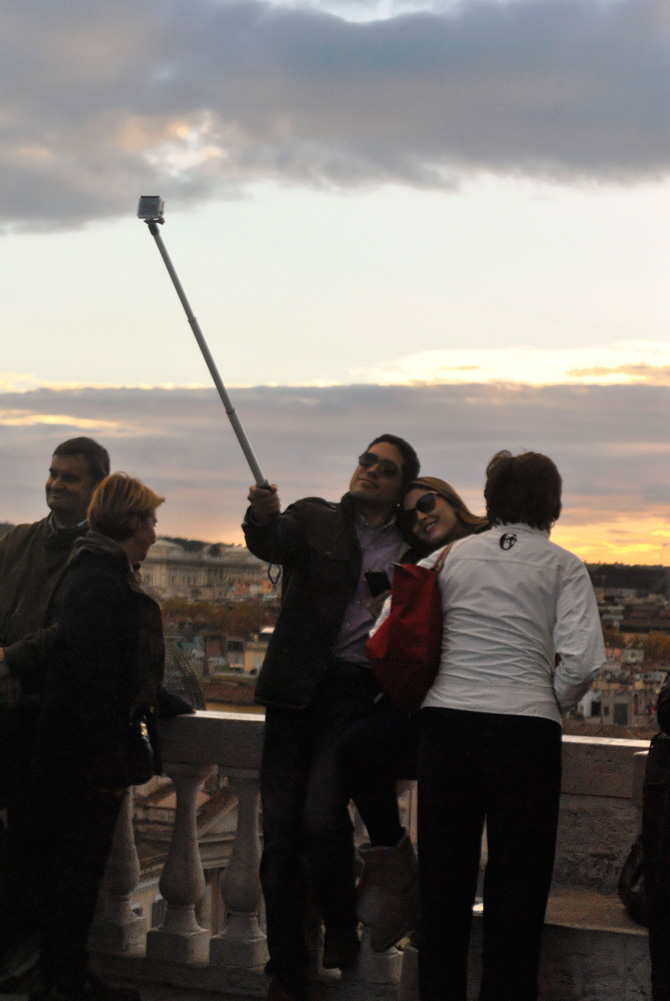 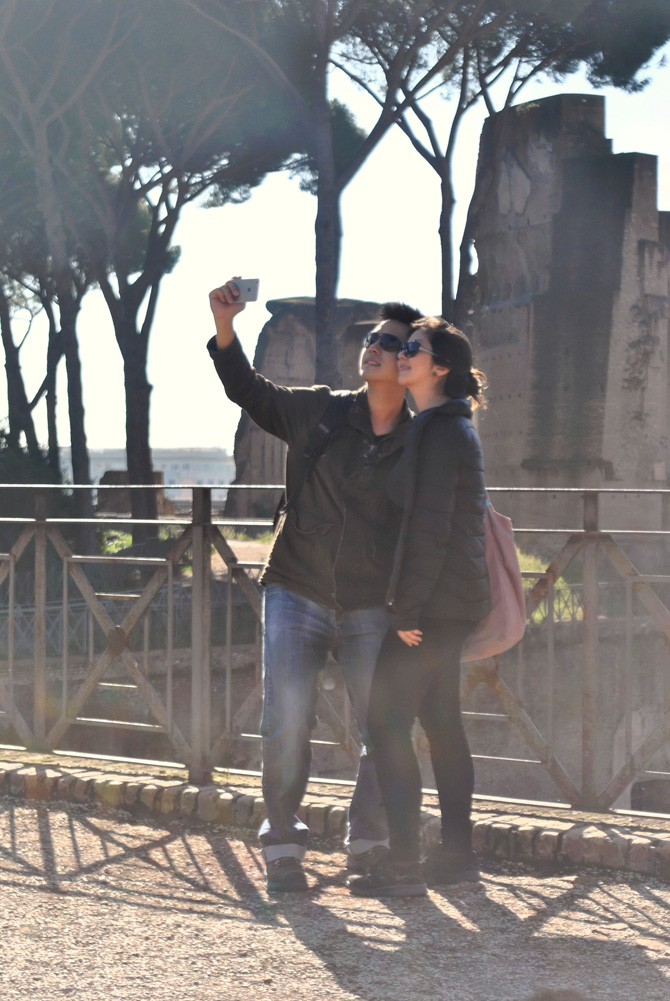 The Curious Platypus is a bit of a peculiar team comprised of friends Elze Markunaite and Adriaan Hoogduijn.  Half Dutch, half Lithuanian. Half thinking in words, half thinking in images. Half male, half female.  Completely ready to explore the world.  Follow their curious adventures on their blog, Facebook, Twitter, and Instagram.