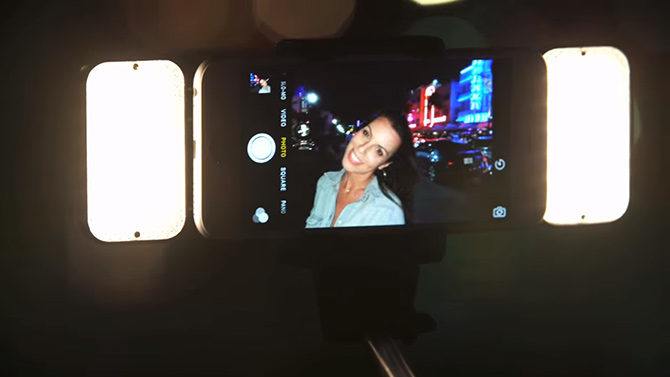 Just when you thought it was safe to go out without seeing selfie sticks all over the place, something like this comes along.  Ok, well, not really.  The “Selfie Stick unREAL” isn’t actually a real product.

Thought up by marketing firm Thinkmodo to help promote the new season of Lifetime’s UnREAL, a show which parodies supposedly unscripted reality shows by taking us behind the scenes of a fictional reality show, this selfie stick won’t be making it to stores near you any time soon.

Built over the course of three months, the selfie stick sports a large black and red handle that houses all the wiring, motors and batteries required to auto-extend the selfie stick. 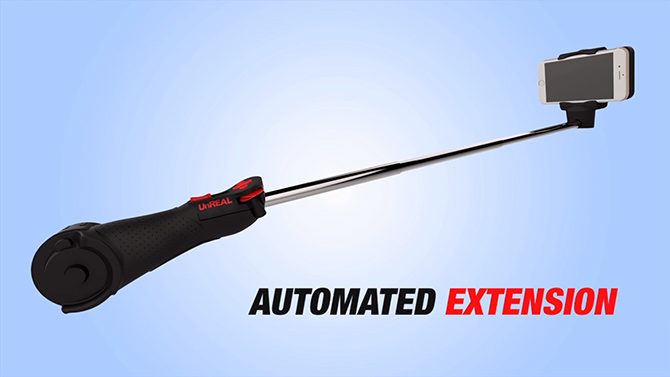 The handle also houses the pair of pop out fans, designed to blow your hair on still sunny days to give you that windswept look, no matter the conditions. 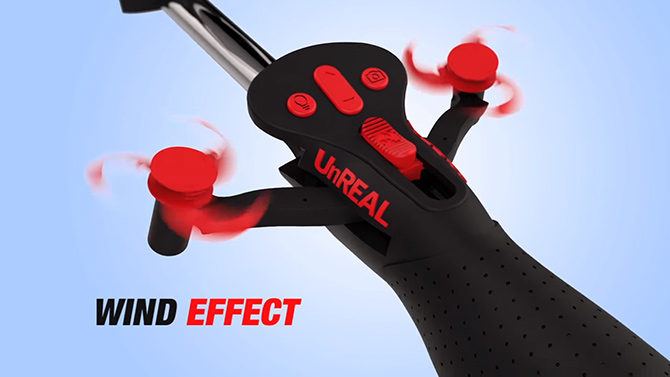 The phone holder itself has capacity for a second battery pack to power the twin beauty lights flanking your phone for a flat evenly lit shot. 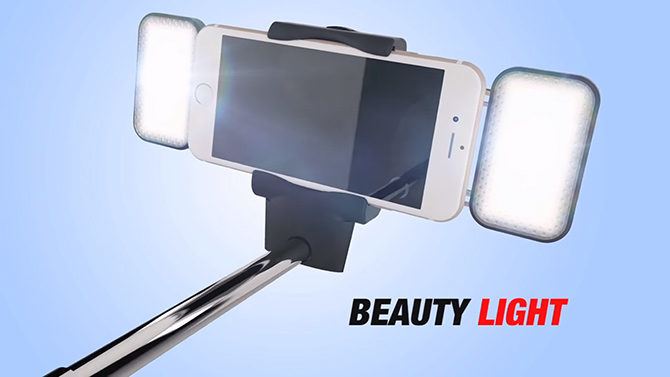 All this technology and extra batteries do, however, add significant weight to the Selfie Stick UnREAL, with all the parts being custom made, and even “the fans were designed from scratch” says Michael Krivicka, who edited and directed the video.

It’s a little bit heavier than a regular selfie stick, but did you see the features?

Every time they add a feature, it gets heavier, but it’s totally worth it.

It connects to your phone (iPhone only) via Bluetooth, just like a regular selfie stick, and the photos highlighted in the video actually were shot using it.  Even the fans spin and blow, although Thinkmodo might’ve enhanced that a little with some extra wind power.

Thinkmodo has no plans to mass produce the stick, but Krivicka said that they “hate to see an awesome idea like this going to waste”, and that if there were enough demand for a product like this, that they’d “go back to Lifetime, put our heads together and see what we can do”.

I’m sure the lack of actually availability on this product is likely to sadden quite a large proportion of Instagram and Facebook users, who’ll just have to deal with regular manual selfie sticks for a while longer.

It wouldn’t surprise me if something showed up on Kickstarter sometime soon.

Watch: How to build the ultimate selfie stick