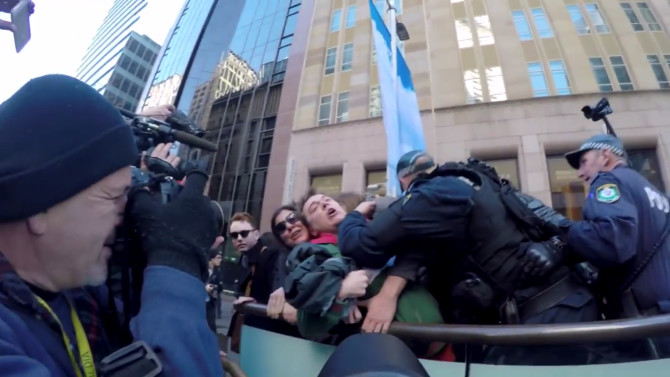 Sydney based street photographer, Dillon Mak, spent some time over the weekend documenting the Reclaim Australia protests and, wanting to create something in addition to the still images, the photographer also recorded video of the action. What sets Mak’s protest videos apart from all the others is the way he managed to capture it–by mounting a GoPro Hero 4 on top of his Canon 7D, Mak was able to record video with the GoPro while simultaneously shooting stills with the Canon. 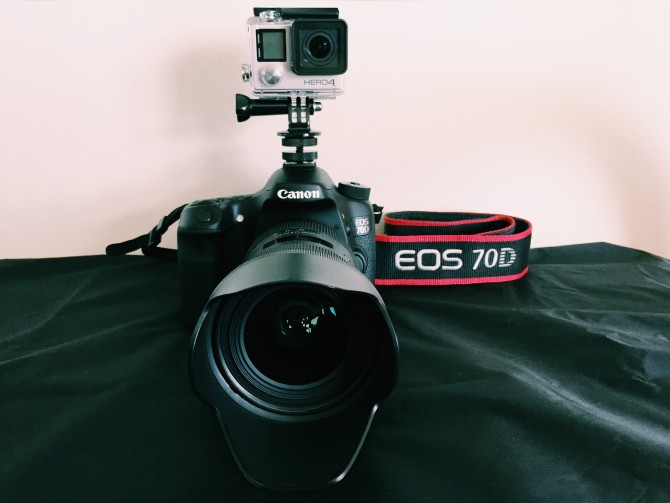 In the GoPro footage, you can see the 7D’s lens sticking out in the bottom of the frame and hear the shutter fire each time Mak took a photo. The entire experience provides viewers with a pretty interesting point of view. Take a look:

Mak says the inspiration behind the video came the classic photography film, War Photographer–a documentary about renowned war photographer James Nachtwey, which uses a similar perspective. (You can watch the film on Youtube for free, here.)

One of Mak’s go to lenses for shooting is the Sigma 18-35mm f1.8, which means he is typically right inside the action. At a protest, this means a lot of bumping and pushing.

“Because I’m a big fan of using the 18mm (28mm FF equiv) focal length on the lens it meant that I was very very close to the action a lot of the time and I had to be as mindful as possible about what was going on around me otherwise a protester might be pushed right into my lens being held in-front of my face! While shooting the first part of the video I remember lots of bumping into other photographers and media. And sometimes people even pushing me out of the way to get a better shot.” 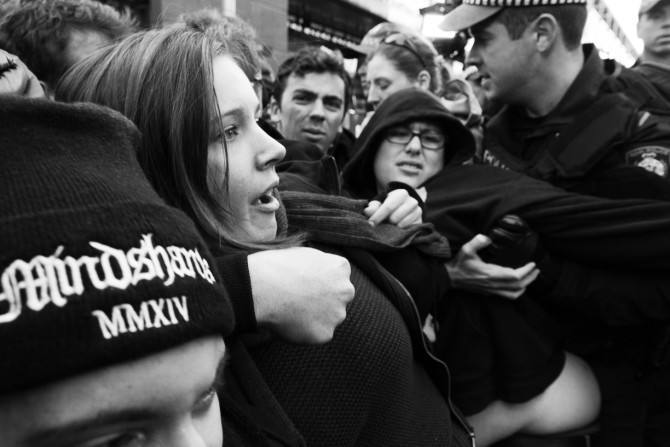 To see more of Dillon Mak’s work, you can check out his Instagram here, and his street photography here. The photographer says he plans on making more of these types of videos, so be sure to subscribe to his YouTube channel for updates.

This film will be shown entirely on Instagram, 15 seconds at a time

« Selfiology: the ﻿Story﻿ of the Selfie
How Destroying My New $1600 L-Lens Made My Month »