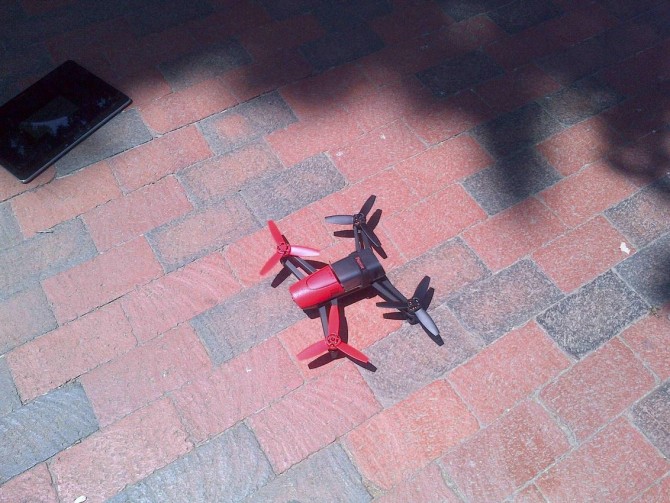 A man was detained an hour ago by uniformed personnel of the Secret Service, who marched him into a police car, and Lafayette Park on the north side of the presidential building was completely locked down.

The aerial device did not make it over the fence.

President Barack Obama is currently at Camp David, so he was not in the White House when the event took place.

According to eyewitnesses, a man tried flying “something over the White House fence”. CNN producer Kristen Holmes says some people swore it was a drone while others said it might have been a model airplane but they can’t be sure.

The lockdown, which even included workers in the building, has since been lifted, suggesting that the Secret Service believes there’s no immediate threat.

Several months ago a drone crashed on the White House lawn, and it was later discovered that a drunk intelligence agency worker. This led to DJI pushing a mandatory update preventing Phantoms from flying over Washington DC.

Further details regarding the detained person or what he was flying have not been released at this time.

We will be back with an update once new information emerges.

UPDATE: Secret Service spokesperson Brian Leary said the remote-controlled device was flying approximately 100 feet above Lafayette Park, which is right across from Pennsylvania Avenue, when he was detained and asked to land the device.

Leary said the man complied and was the drone was recovered and declared safe by Washington Metro Police Department, after which the man was turned over to the US Park Police.

According to abcNEWS, in a photo released by the Secret Service the flying device seems to be a Parrot BeBop.

UPDATE 2: Here’s the photo released by the Secret Service; confirmed to be a Parrot. Updating the lead image.

Australian man almost drowns while trying to save his drone