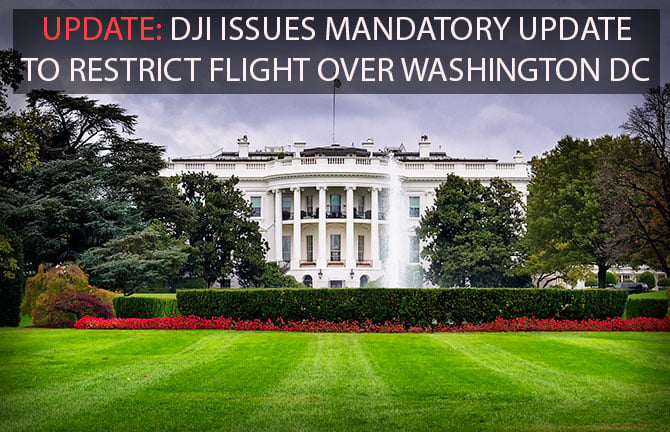 A couple days ago we reported on a DJI Phantom being crashed into the lawn of the White House. News later surfaced that the unidentified man responsible for crashing the drone (who, I kid you not, works for the National Geospacial Intelligence Agency ) was intoxicated at the time of the flight. The New York Times reported the man claimed the drone belonged to a friend who was letting him borrow it. He was attempting to fly the drone from the window of his apartment, which is located near the White House. When the drone failed to come home, the man texted his friend noting he was afraid it may have crashed onto White House property. He then decided to just go to bed.

The next day, the man turned himself in. He was questioned by authorities before being released without being charged with a crime.

Obama responded by recognizing there are a lot of good uses for UAVs, but efforts needed to be taken to ensure they are not dangerous or invading people’s privacy. He also noted the necessity to establish a “framework that ensures we get the good and minimize the bad.”

BREAKING: @WSJ exclusive- Maker of the drone that crashed at the White House this week will disable its devices from flying in Washington DC

Like many UAV advocates, DJI Phantom has had enough of all the bad press UAVs have been getting largley in thanks to individuals such as the government employee responsible for the White House crash. In a report issued just hours ago in, DJI announced it would be issuing a mandatory update which would prevent it’s devices from flying anywhere within a 15.5 mile radius of the White House.

The press release issued this morning read, in part:

“DJI will release a mandatory firmware update for the Phantom 2, Phantom 2 Vision, and Phantom 2 Vision+ to help users comply with the FAA’s Notice to Airmen (NOTAM) 0/8326, which restricts unmanned flight around the Washington, DC metropolitan area…The updated firmware (V3.10) will be released in coming days and adds a No-Fly Zone centered on downtown Washington, DC and extends for a 25 kilometer (15.5 mile) radius in all directions. Phantom pilots in this area will not be able to take off from or fly into this airspace…the restriction is part of a planned extension of DJI’s No Fly Zone system that prohibits flight near airports and other locations where flight is restricted by local authorities. These extended no fly zones will include over 10,000 airports registered with the International Air Transport Association (IATA) and will expand no fly zones to ensure they cover the runways at major international airports.”

Hopefully, the support of the President for establishing new regulations will encourage the FAA to stop dragging their feet and begin making progess on the matter.

Is Travel Photography the latest victim in the Photoshop manipulation saga?