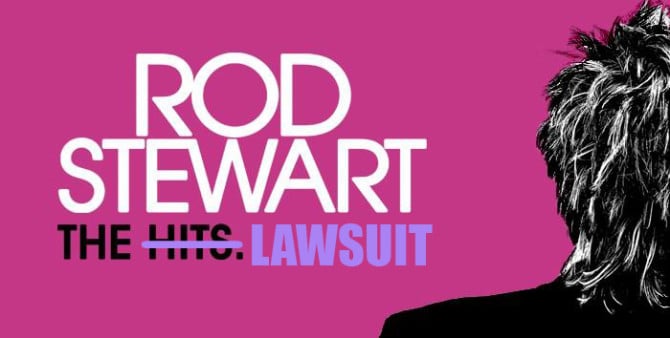 One of the most intriguing photo-related copyright infringement lawsuits in recent years has been put on hold due to a bankruptcy protection request.

Rod Stewart and the other defendants have avoided an appearance in court, for the time being, following Caesars Palace filing for Chapter 11 earlier this month.

For those of you who are unfamiliar with the case details, here’s the gist of it:

The uncropped version. The original photo from 1981 (left) and the new photo used by Stewart (right). Source: court documents

According to MyNewLA.com, the District court is to be given an update regarding the Chapter 11 case every 120 days.

This is the second copyright infringement case we’ve covered this week where it seems that a replicate image was created in order tocut expenses. While Nike would have had to pay a larger amount of money to prevent the Air Jordan logo lawsuit, it seems that in this case paying just a few thousand Dollars more could potentially save millions.

I explained some of the benefits of registering your photos with the Copyright Office in the Nike/Air Jordan case, with a main benefit being the ability to file for statutory damages and attorney’s fees.

As Schiffman was smart enough to register her copyright, and due to the claims above, her demands include the following:

Obviously the defendants will also have to stop using the replicate photo.

It is entirely possible that the defendants did not know that creating a similar photo could be a violation of the photographer’s copyright. That being said, I’m sure that a ruling sending a hefty sum of money Schiffman’s way will make a lot more people bother to learn a bit about copyright laws before they try to save a few bucks.

« The Saga Continues: DJI Pushes Mandatory Update Preventing Phantoms From Flying Over Washington DC
The Secret To Correct Exposure With Any DSLR Camera – Revealed for the First Time »