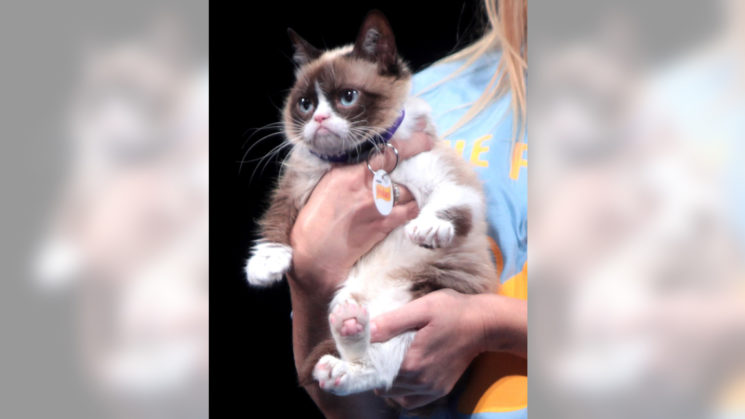 I guess we all know the viral Grumpy Cat, the spirit animal of many of us (especially on Monday mornings). In 2015, a beverage company used Grumpy Cat’s name and image without a license, and the kitty’s owner Tabatha Bundesen decided to file a lawsuit. On Monday, the court ruled in her favor and she was awarded $710,001 in damages.

As the Hollywood Reporter writes, after the viral success of her cat, Bundesen quit her job at Red Lobster and founded Grumpy Cat Limited. Reportedly, the company earned between $1 million and $100 million in its first few years in existence.

In 2013, Grenade Beverage Company struck a deal with Grumpy Cat Ltd. to sell “Grumpy Cat Grumppuccino” iced coffee. Everything was going well and in accordance with the agreement until 2015. That year, Grenade launched a “Grumpy Cat Roasted Coffee” line, which wasn’t a part of the initial agreement. Additionally, Grumpy Cat Ltd. claims that Grenade was also selling Grumppuccino T-shirts, which “blatantly infringe on the Grumpy Cat copyrights and Grumpy Cat trademarks.” They reportedly didn’t share the profits with Grumpy Cat Ltd. and also failed to pay the agreed-upon percentage of profits from “Grumppuccino.” All this caused Bundesen to file a lawsuit against Grenade.

After getting sued, Grenade answered with a countersuit. They claimed that Grumpy Cat Ltd. also didn’t fulfill their part of the agreement, which was promoting “Grumppuccino.” As their complaint states, Grumpy Cat Ltd. “only posted about the iced coffee 17 times on social media.”

However, the jury has reached a verdict and the case ended in favor of Grumpy Cat Ltd. Grenade Beverage Company wasn’t only found guilty of copyright and trademark infringement. They are also guilty of breach of the covenant of good faith and fair dealings, breach of fiduciary duty and negligent and intentional misinterpretation. As a result, the court awarded Grumpy Cat Ltd. with a total of $710,001 in damages.