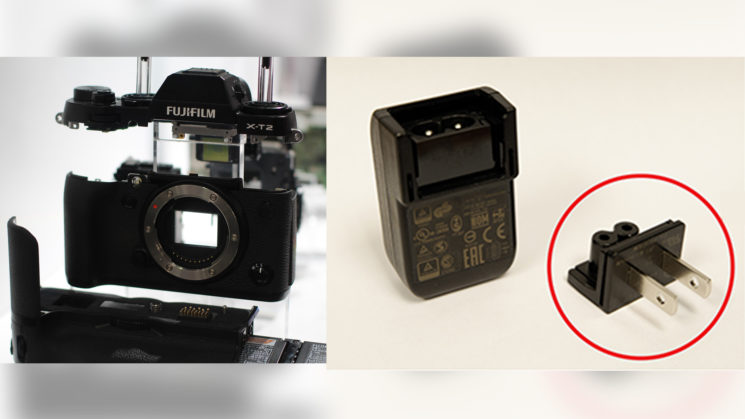 Fujifilm has issued a recall notice for about 300,000 of their power adapters because of “shock hazard.” Certain AC-5VF wall plugs may “crack, break or detach and remain in the outlet,” which can expose live electrical contacts. The issue hits the adapters that came with six camera models with certain serial numbers. As Fujifilm warns, if your camera came with one of these adapters, you should stop using the wall plug immediately.

As Fujifilm writes, there have been no reported injuries so far. Still, there is a risk that the affected wall plugs are dangerous. Six camera models are affected, sold at different periods and with different serial numbers: XP90, XP95, XP120, XP125, X-A3 and X-A10. If you bought any of these cameras in the following periods, you should stop using the wall plug immediately:

As CPSC writes, Fujifilm is recalling about 300,000 units in total: 270,000 in the US and 24,000 in Canada. If you suspect your wall plug is affected, here’s how to check it: take your camera and look for its serial number. Then, take the serial number and search it on this link. Alternatively, you can contact Fujifilm directly via email at productsafety@fujifilm.com or via toll-free number 1-833-613-1200.

According to Fujifilm, cameras are not affected and you can continue using the camera. However, charge it via the USB cable plugged into a computer.

« Nikon mirrorless camera may have dual pixel autofocus tech according to new patent
The owner of famous Grumpy Cat awarded over $700,000 in a copyright infringement lawsuit »