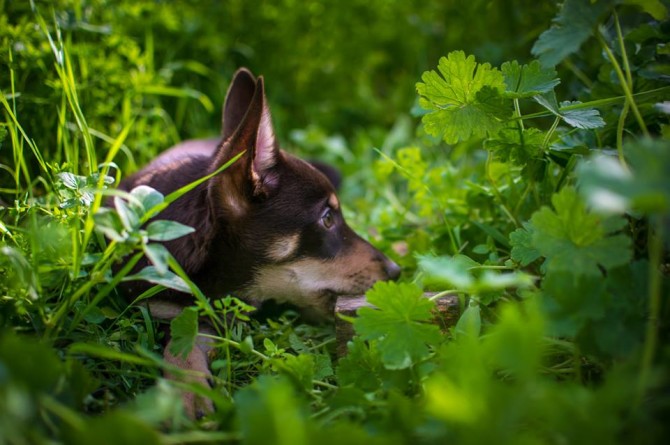 I love dogs. About a month ago we adopted a puppy, we named her Sol. Sol, as most puppies, has a bio-polar personality – Either she is asleep and is perfectly still or she is awake and is perfectly hyperactive. Between those two moods it is incredibly difficult to take a photo of here which is both interesting (i.e. not sleeping) and sharp (i.e. focused on a faster than a bullet object).

My first attempts of shooting Sol were hand held using the camera’s built in auto fucus. Sadly (yet happily on other occasions) Sol was faster than the focus motor, I only got about one good photo out of every 100 clicks.

This would be a very typical photo…. 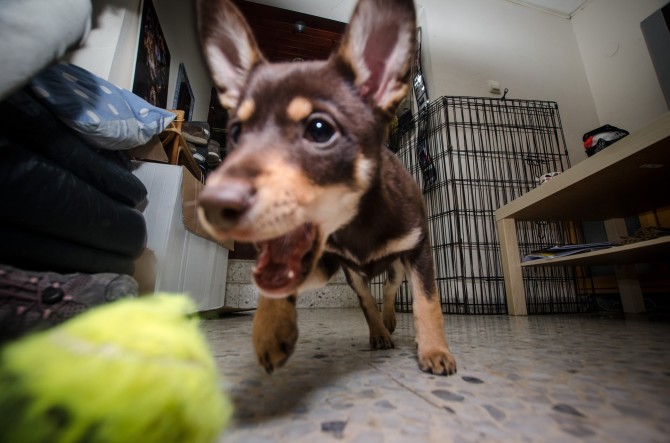 In the absence of a calmer dog, I decided to make a photography ‘trap’ to catch Sol in action.  And so, one rainy day while Sol was sound asleep, I set up the living room for shooting. 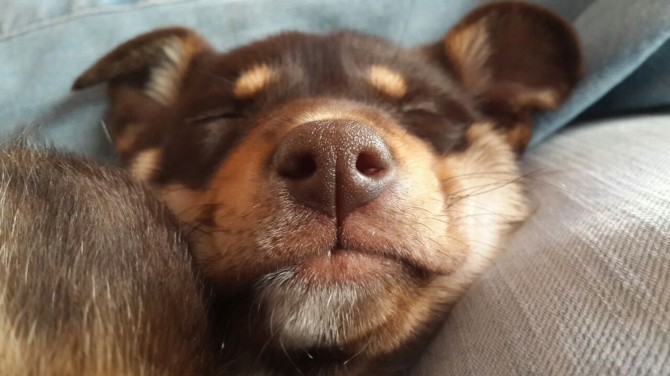 I used the cameraAxe high speed photography system with the laser\light sensor. The idea is that when the beam of light breaks, the camera triggers, there is a pretty good explanation on TPB on how to set this up.  I taped a mirror strip on the table leg and placed the laser and light sensor inside a box of whisky. You can see the setup below: 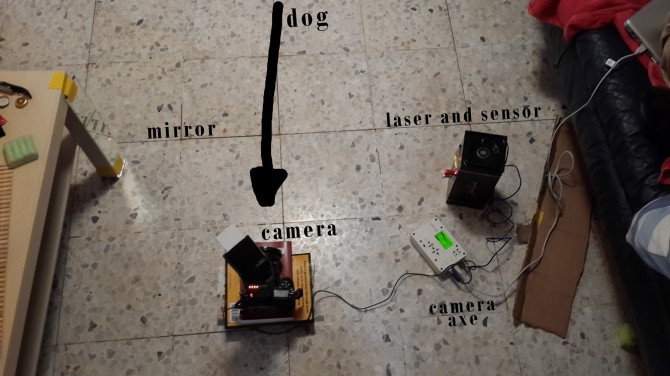 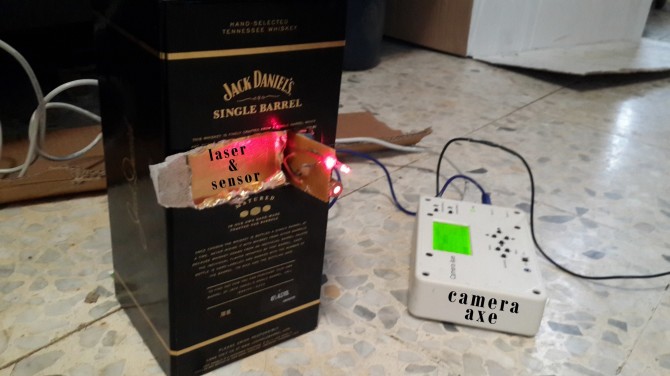 The concept is simple, the laser fires into the mirror and is then reflected to the light sensor. The light sensor is “blinded” by the laser and always detects maximum light. When something breaks the Laser beam, the light sensor detects “less light” and activates the camera. Here is an 80’s-action-movie-type illustration: 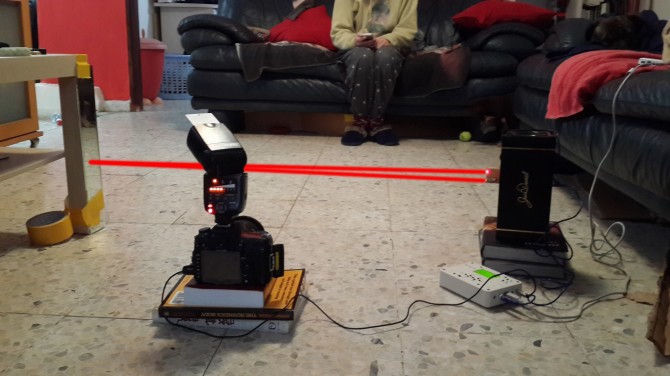 Even with this incredible contraption, I was still unsure what the exact point of dog-Entry would be I used a wide 10-20 lens to get the widest angle I could (and a reasonable depth of field). I started out by placing the camera on the floor but I was getting to much floor in the frame so I used some books to elevate the camera a little bit.

I focused the camera on something I had around which allowed me both to focus and to position the Laser beam. Next step was to switch to manual focus, that way when Sol will break the laser the camera will be focused on the right place. 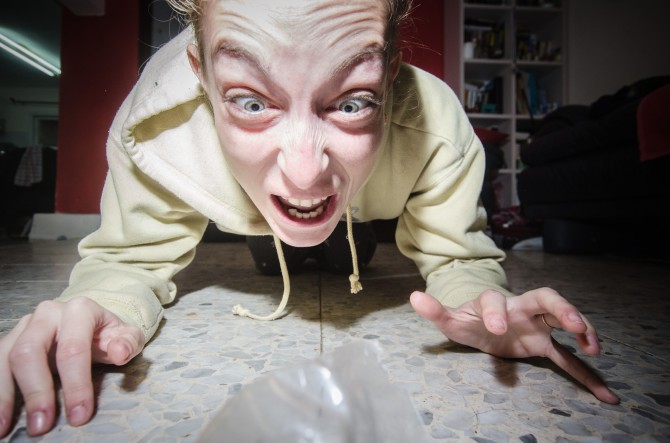 After everything was set and ready, I patiently waited until Sol woke up….

It took her a couple of seconds but then she started running and jumping –  hyperactive mood was full on.

Dalit and I took advantage of this and started playing with her. I was on side of the camera while Dalit was on the other side, throwing a tennis ball into the camera.

From there we simply had a long session of fun and games – we were throwing toys and Sol was unintentionally modelling. The difficult part was throwing the toys to the right place – even with this setup with had a lot of misses. 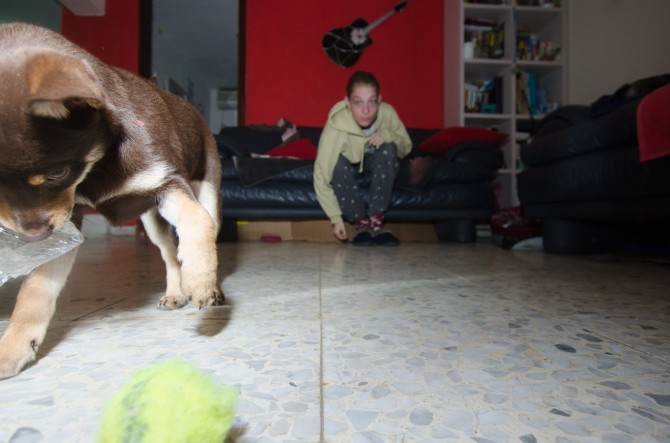 By the end of this, Dalit was ready to go head to head with any Major League Baseball batter + we got some great results 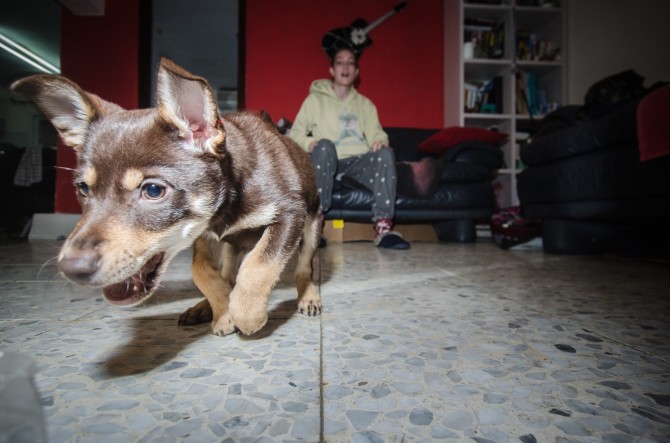 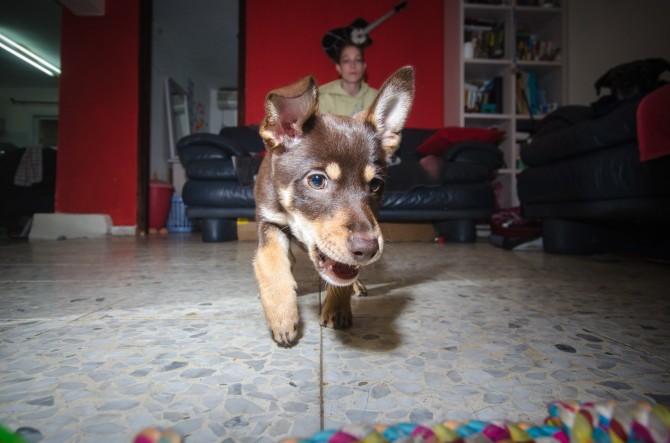 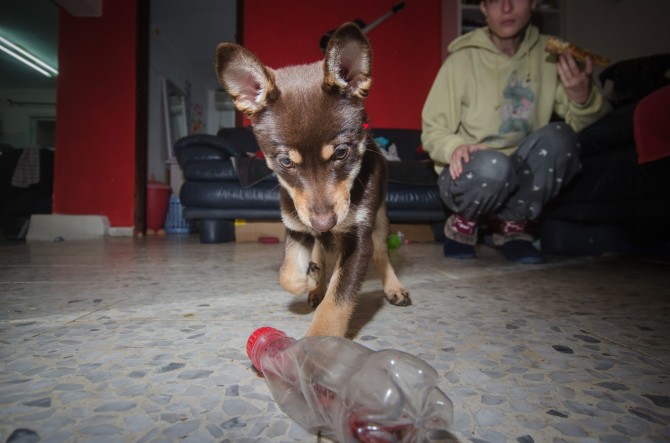