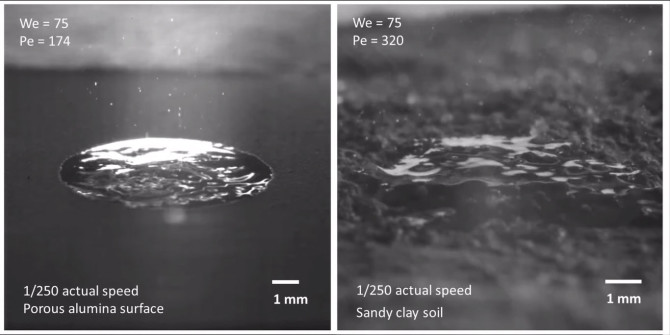 Ah, the smell of fresh rain. Clean, refreshing, and light…There’s nothing else quite like it. And, unfortunately, according to a team of researchers from MIT, that nostalgic aroma of a rain shower could also be loaded with hazardous viruses and bacteria. This interesting discovery was made possible through the use of high speed cameras, which the scientists used to record “roughly 600 experiments on 28 types of surfaces”, where a drop of water was released onto each of the 28 varying soil surfaces. The scientists then took their high speed footage and played it back at 1/250 of the actual speed.

Their findings showed that, upon making contact with the surface, air bubbles were trapped between the soil surface and the drop of water. This resulted in the trapped air to be forced upwards through the drop of rain, effectively creating an aerosol effect. This entire process, scientists believe, is essentially how the “smell of rain” is created. 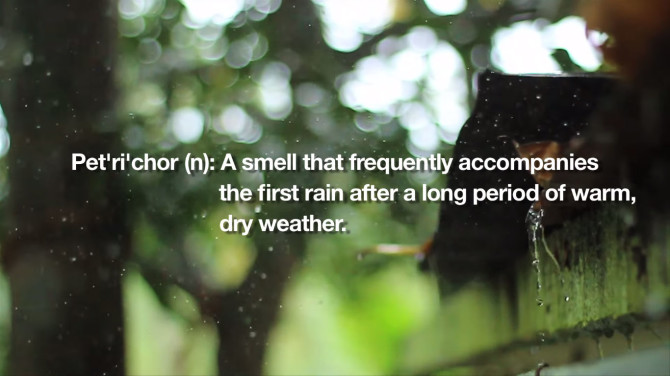 Take a look at some of the experiments in this video clip released by MIT:

This study is the first time the ability of aerosol to be released from a drop of rain and a soil has been noticed, much less documented. These videos help the scientists understand the possibility that soil-based bacteria and viruses are also potentially being spread through this process. 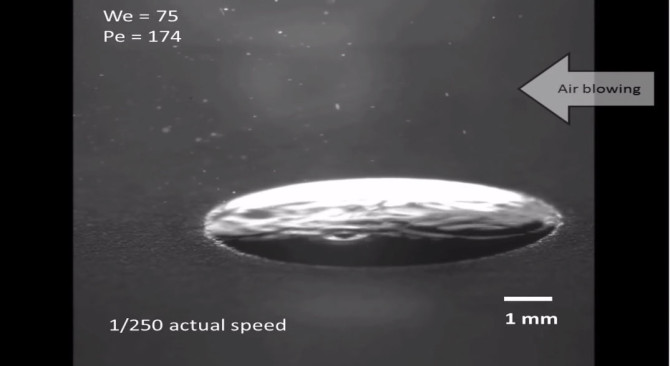 The scientists noted the dyes they added to the water samples (to aid in their visibility during recording) were present in the aerosol released into the air once it passed through the drop of water and into the atmosphere. This finding suggests that contaminates from the ground, including soil based bacteria, could also be spread in the similar fashion, posing a potential threat to both the environment and humans.