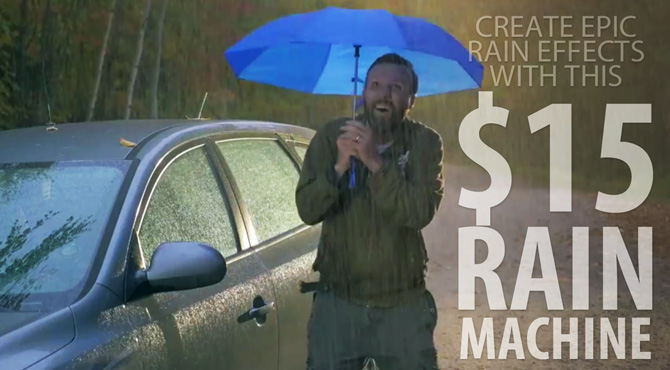 While we at DIYP are no strangers to covering such things as creative (and cheap) rain machines, we always find it in our hearts to share with you just one more.

Director and cinematographer Tom Antos recently released a video about how he built a rain machine on a budget of only $15. Starting out with a cheap garden soaker hose, attached it to some wood between two stands, and made movie magic. His video shares the details, but we’ve taken the liberty to spell them out (after the jump). 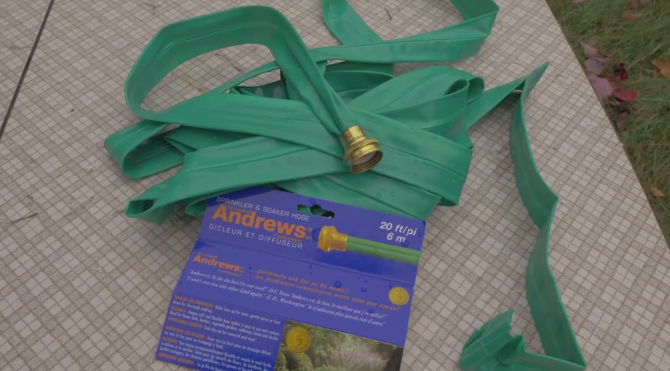 The hose is a simple, flat soaker hose that you can pick up at Walmart for as little as ~$10 for a 30-foot hose. In Tom’s tutorial, his machine spans about 16 feet, so 30 feet would give you plenty of latitude. 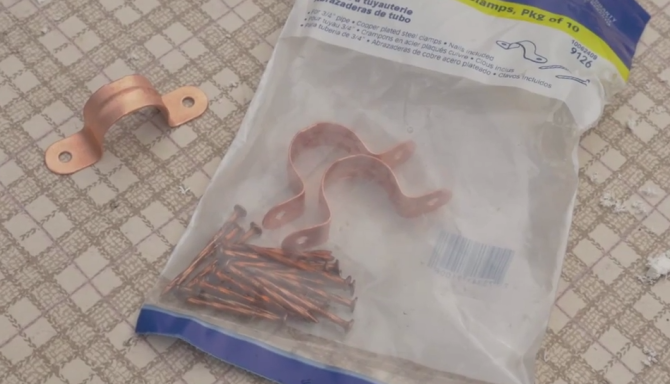 He strapped the hose to small pieces of wood (looks to be like double-layered 1x2s) using metal plumbing brackets that can be picked up at any hardware store. Since the hose expands with water pressure, he made sure to leave enough room for the hose to expand. 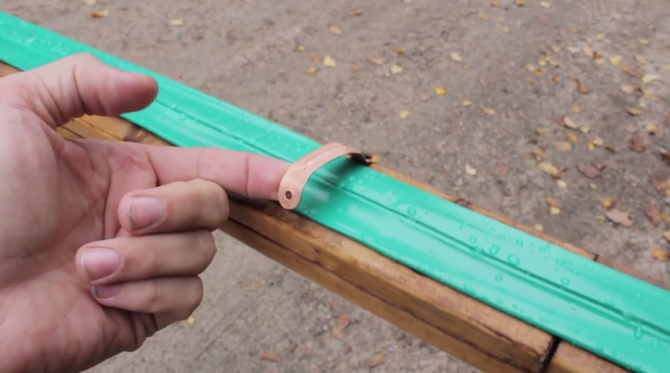 Since he wanted to be able to take his rig apart, he built the wood supports in two sections for easier handling. 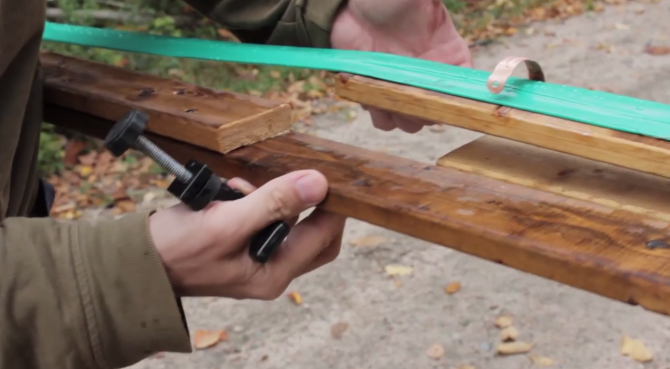 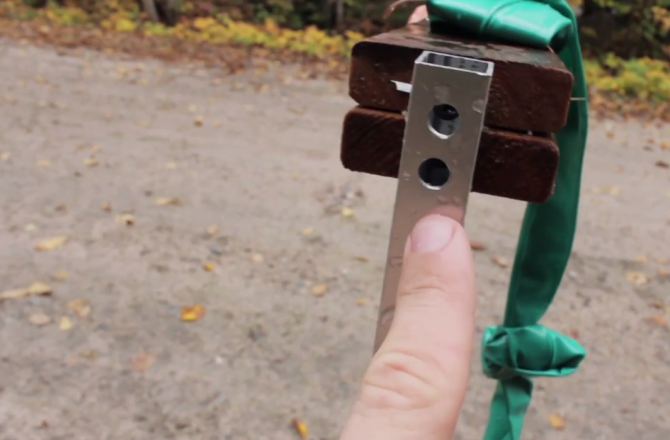 Using scrap aluminum he had lying around, Tom then fashioned brackets to his support “beam” that would easily slip over the ends of his light stands. 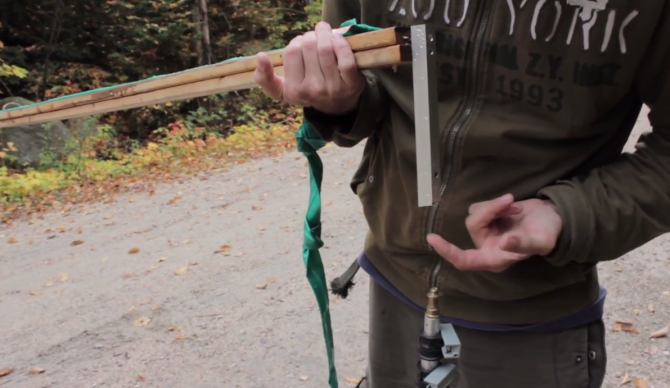 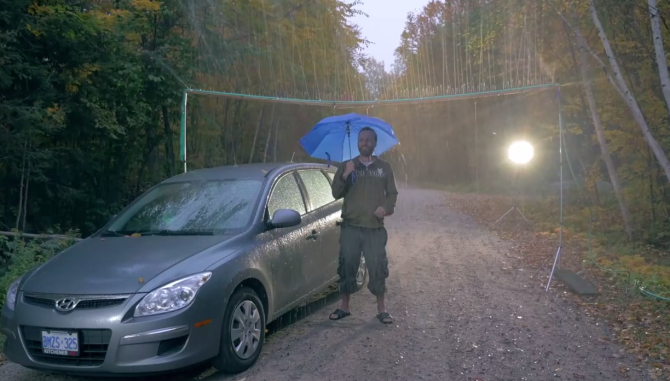 Simply attach the water source and make it rain, baby!

In addition to making rain, Tom has also released a tutorial series called “Lighting Dozen” where he discusses various lighting setups for film production, including the setup for the night scene included later in his rain machine tutorial.

Think it’s only for film?

Benjamin von Wong, in addition to being known for his stunning hair, has also developed a reputation as a kickass photographer and digital innovator. A while back we covered a shoot he did for SmugMug in which we deployed a $20 rain machine to create some amazing images. Just goes to prove that where there is vision there are possibilities!

What are some of the creative ways in which you have built or used a rain machine for photography or film? The DIYP team would love to hear your stories! It’s because of readers like you that we do what we do!

How To Build A Rain Machine