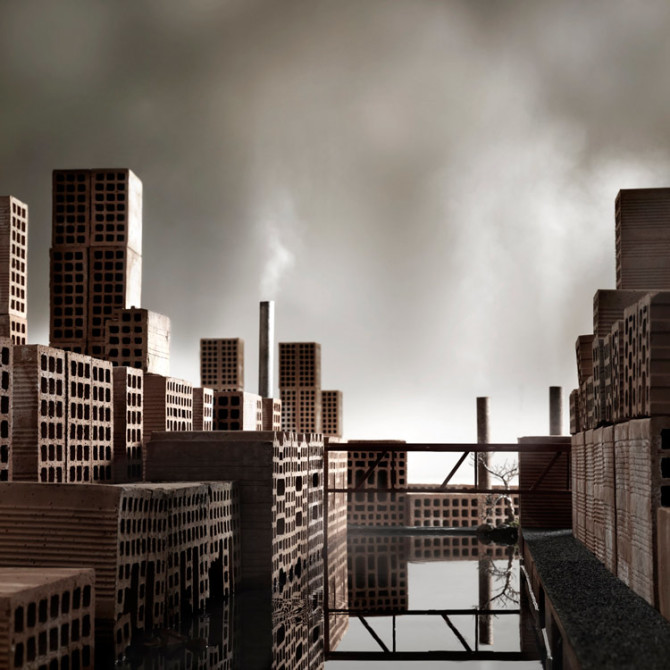 Italian photographer Matteo Mezzadri wanted to show a different perspective of a city and for that he built a whole city in his studio. Sadly (or happily for us), Mezzadri built a city equivalent in his studio.

The city is built from red blocks and is not built after a real city. Mezzadri tells inmybag that

…[the project] “Città Minime” [minimal city] explores the space in which the majority of people live, an urban space recognizable in its essential structures: the buildings, the roads, the trees, although seen from a different point of view that distorts and recreates them.

The shots are the result of a meticulous, almost obsessive staging in which the picture remains the only evidence of large-scale installations made in the photographer’s studio or outdoors. The use of Photoshop is minimized, while the atmosphere is recreated with a clever use of technical devices.

While Mezzadri writes in Italian, you can head over to his feature in inmybag to read more about his gear and attitude towards the world and art 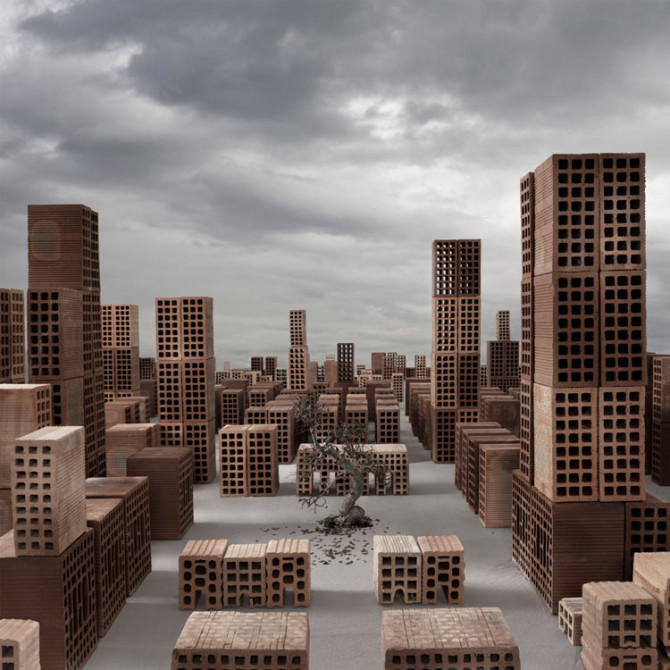 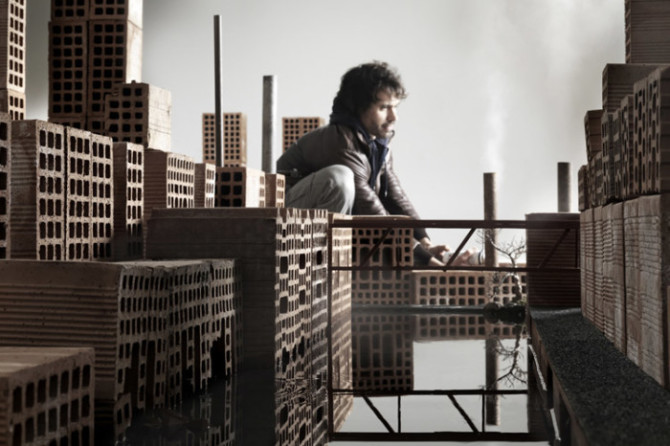 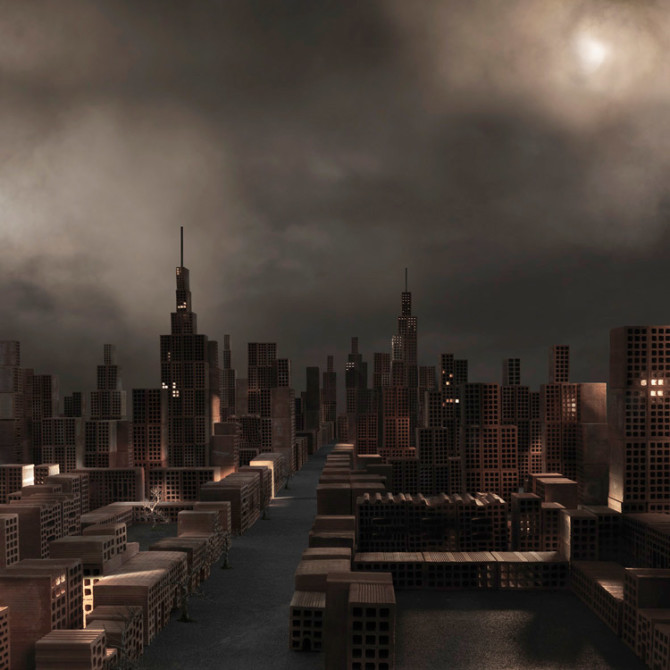 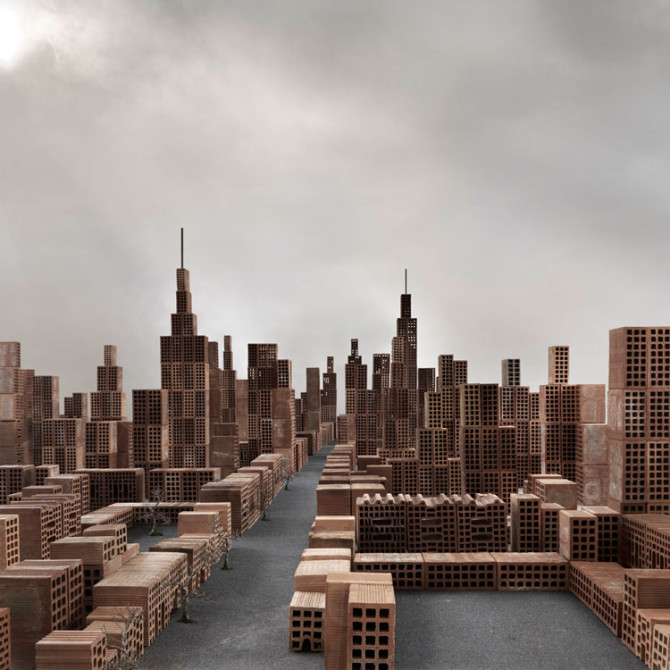 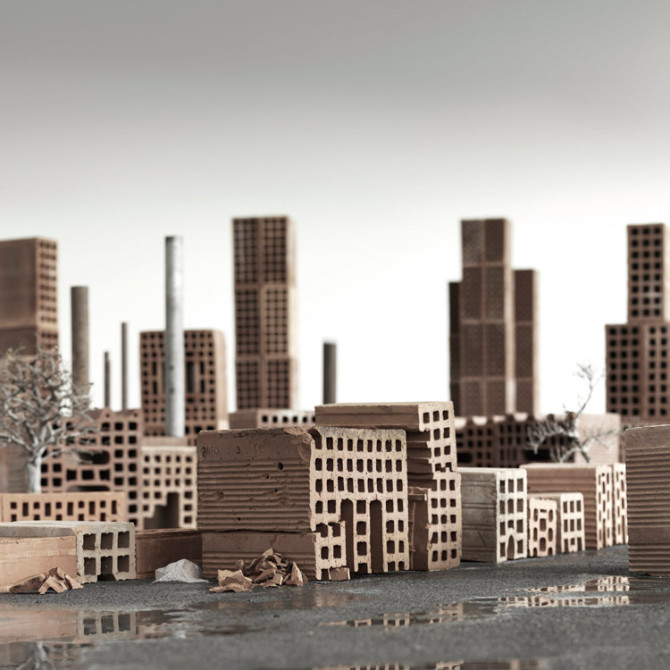 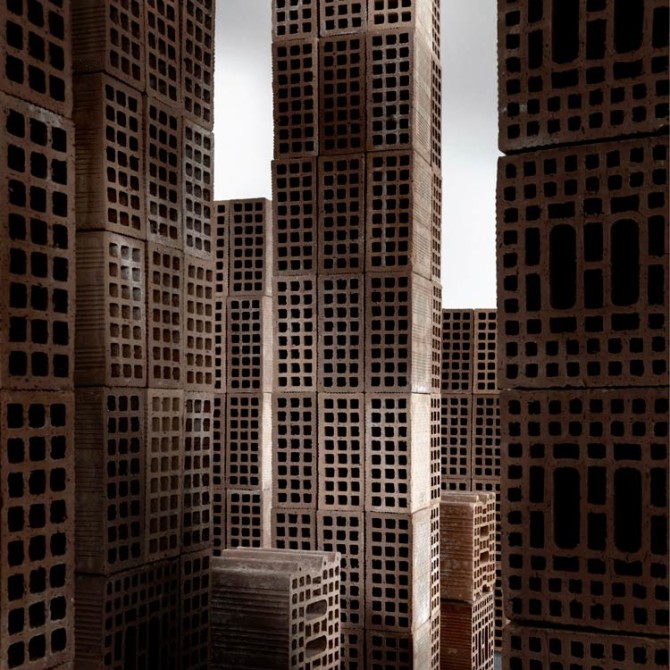 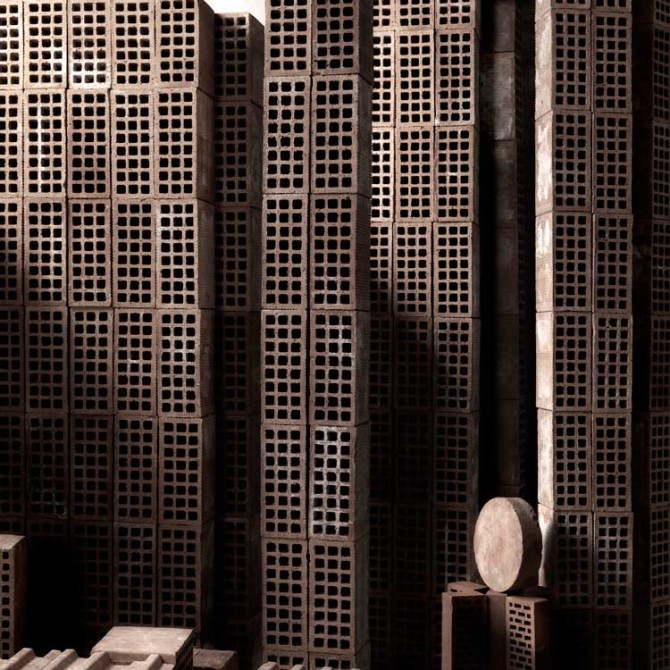 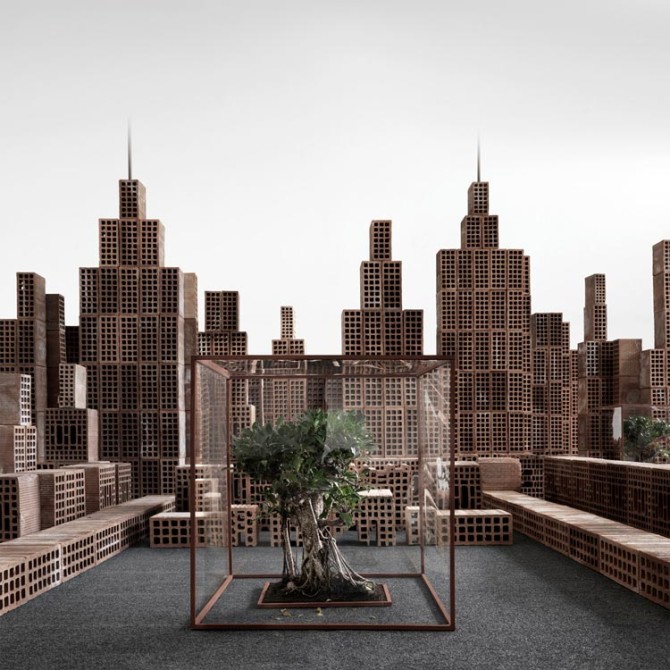 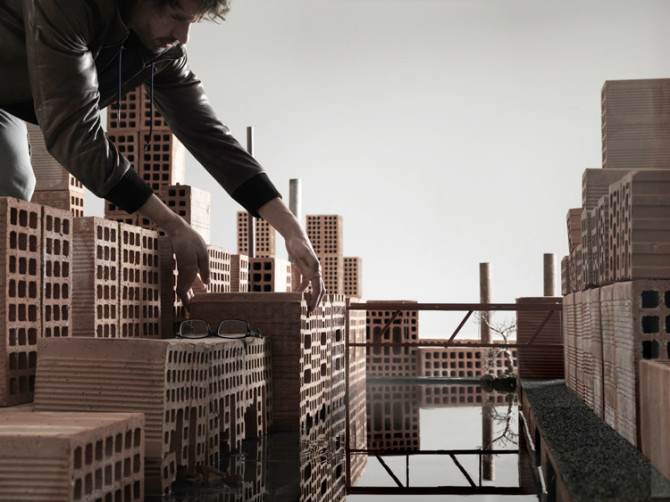 This photographer doesn’t just find locations, he builds his sets from scratch