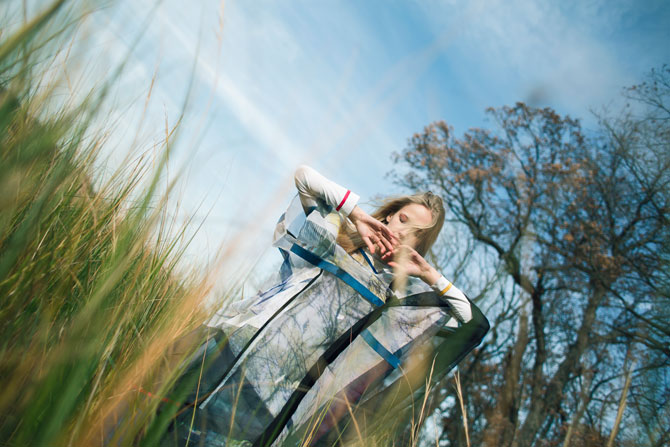 When graduating high school, most teenagers have absolutely no idea what they want to do with their lives. Not that there’s anything wrong with that. In fact, I always kind of found it unfortunate that, right out of high school, people are expected to declare a major and settle into the same job for the rest of their lives. Before you can legally buy a beer in the United States, you are asked to make one of the biggest decisions of your life. Those standards always seemed a little off to me. Then someone like Franey Miller comes along. Someone who thwarts the system, giving hope to all the dreamers out there.

Indeed an exception to the rule, Miller knew exactly what she wanted out of life before she even made it out of the 12th grade. For Miller, there was nothing else that could possibly entertain her more than being a photographer. After picking up a camera for the first time as an eight year old, Miller was hooked. Before she could drive a car, she was booking gigs. Photographing models after school and on weekends, Miller knew her future was in fashion photography.

“…there was a point where I decided I would never ever quit photography. What else would I do?…”

But knowing what you want is always only half the battle and breaking into the world of fashion photography isn’t exactly a walk in the park. It’s cut throat. It’s brutal. It’s a world where people have no problem telling you just how bad you are at something without exercising even the slightest bit of tact. To become a fashion photographer in New York City, you have to really want it. And, above all things, you have to have grit. 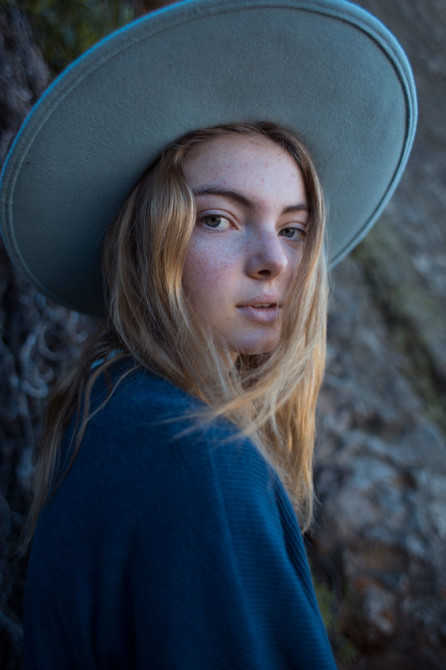 Miller can teach us all a few things about fortitude. We’re talking about a young woman, who at 18 years old, still fresh out of high school, packed up her things and left her parent’s home in sleepy Louisville, Kentucky to pursue her dream. Her destination? Where else but the epicenter of the fashion world–New York City. Without a day job lined up to help cover her living expenses, Miller had no choice but to hit the ground running. It was sink or swim and to Miller, sinking was not an option. She’d spend her days sending emails to publications just trying to get her name out there. She took it upon herself to visit the offices of major fashion publications. With no appointment, she’d sometimes wait over an hour until someone would agree to look at her portfolio.

“I considered about going to art school for two seconds, then I was like, ‘Okay, no one’s going to teach you to be creative. I already know what I want to do.'”–Miller in Q&A with Fashionista

Her tenacity paid off. She began booking paying gigs shooting lookbooks. Before long she secured herself editorials in Nylon, Bullett, Ladygun, and Oyster. Within the six months of landing in the city, Miller’s worked had graced the pages of countless magazines and websites. And we’re still in the first act. Having been in NYC less than a year, 19-year old Miller already has her sights set on Europe. 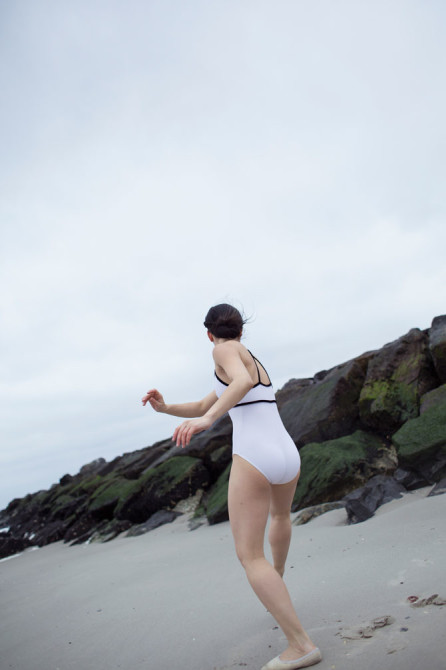 After corresponding with Miller several times and piquing her mind, you start to realize just how rare Miller is. Not just in the way that she has been able to create opportunities for herself at such a young age, but rare in the sense that her candidness has, in a way, prevented her from even realizing just how inspiring and how special her story actually is. Listening to Miller explain how she worked her way into one of the toughest markets in the industry, you get the sense there really never was the option to fail. Miller is living proof that, with hard work and the ability to believe in yourself, it’s possible to manifest whatever it is you want out of life.

“I feel like I can connect with so many more of my subjects now, and make my pictures actually mean something, instead of just being beautiful or advertising a product. Now I see that fashion photography can be art as well, and I’m pouring my heart and soul into my work.” FM in Spook Magazine

Listen to Miller’s experience, below, as she sheds some light on what it takes to break into the industry and what advice she wish she’d have gotten before she dove head first into the scene.

First, can you give us a little history on how you became interested in photography?

FM: I was on vacation with my family in California when I was eight, and my dad gave me a little underwater camera. I started taking vacation pictures and figured it was easier than drawing or painting; I had always been interested in art but not very good with pen and paper. 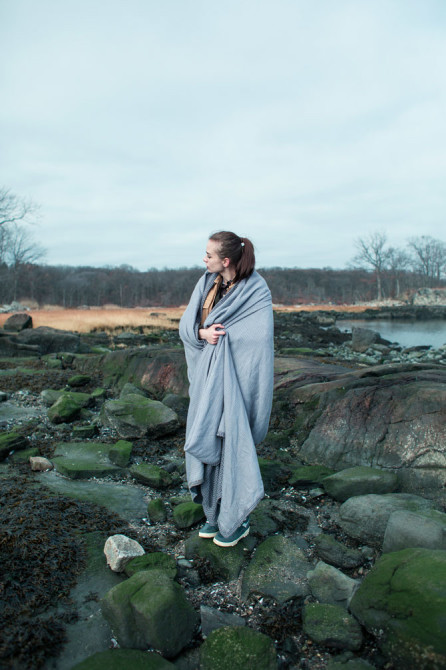 At what point did you 100% know for certain fashion photography is something you wanted to pursue? Was it a light bulb moment where all of the sudden, you just knew, or was it a more gradual process?
FM: I guess it was when I realized I could make people see the world how I see it. It wasn’t really a light bulb moment, but there was a point where I decided I would never ever quit photography. What else would I do? I have a one track mind.

In an interview you did with Fashionista Magazine, you mentioned you got a lot of flack for not going to college from the guidance counselors at your high school. What about your family, were they supportive of your decision?
FM: My parents were, and are, really supportive of my decision not to pursue school. Of course they worry, but they know that I would be incredibly bored in school.
Were you getting paid gigs when you were in high school or did those start to come for you later?
FM: Yeah, totally! Not enough to live on, but enough to have spending cash and kind of be independent from my parents as far as that goes. I shot for a few local magazines, shot senior portraits for kids at my school, and other random stuff.
You seem to be a very focused and determined person, which is truly admirable. It seems that once you had your mind set on taking your work to the next level, nothing was going to get in the way. That being said, moving to NYC by yourself as a teenager fresh out of high school to become a fashion photographer is a pretty bold move (and totally respectable). Was there any ever doubt in your mind that things might not work out as planned?
FM: Ha, yeah I always had doubts. But who doesn’t? Being freelance is really crazy, because you don’t know how much money you’ll make at any given time. Taking risks makes life fun though, right? 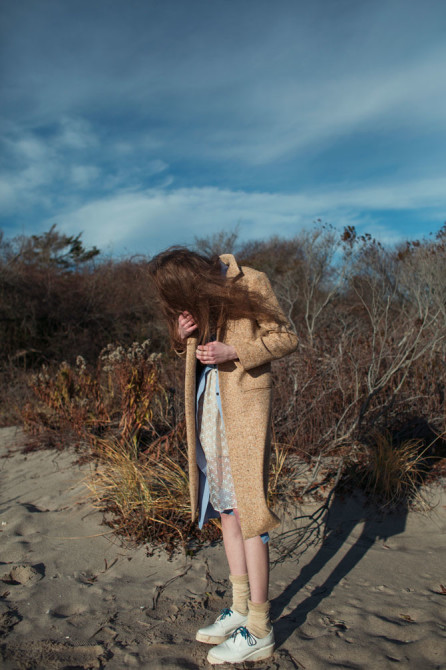 I know you did a lot of the footwork yourself when you first moved to NYC as far as booking jobs. You did a lot of emailing, submitting your portfolio, even going so far as to walk into Bullett and W without an appointment and waiting in their offices until someone looked at your book. Now that you’ve got a few editorials for Nylon and Oyster under your belt, is it getting any easier?

FM: Yeah it’s definitely getting easier to book stuff! I’ve lived in NY for almost seven months and I know so many more people than I did when I first moved here. Building relationships with clients is really important in ~this industry~ and I feel like I’ve made good connections that I need in order to book jobs to pay the bills

I personally like the fact that you prefer a more natural look on the models you photograph (i.e. no makeup, etc). Your style of shooting suits the look well. How did you develop your style, was it personal preference or were you inspired by other photographers?
FM: I guess I developed the no makeup style through my personal style- of course I wore loads of eyeliner in middle school but I’ve been rocking the bare-faced I-woke-up-like-this look for a few years now.
Are you shooting all digital or do you dabble with film, too? Can you tell us what equipment is typically in your gear bag when you head to a shoot?
FM: I actually shot strictly film for about two and a half years in high school. I transitioned to digital when I could afford a new camera, and it was honestly the biggest game changer. I’m really thankful I shot only film for so long beforehand, though. It taught me to be more selective while taking photos and editing, and even now I feel like my photos have some film tones edited into them.
Lastly, what advice do you wish someone would have given you when you decided to become a full time photographer that you had to find out for yourself?
FM: Hmm…someone definitely should have told me to start off with a day job. I came to NYC thinking it would be really easy to book paid work, but it’s not! If you’re pursuing photography in a big city, find a stable day job, develop your craft, and when you’re making enough money from your work to quit the day job, QUIT IT ASAP! Don’t get stuck standing behind a counter or sitting behind a desk, your art always should be the most important thing. 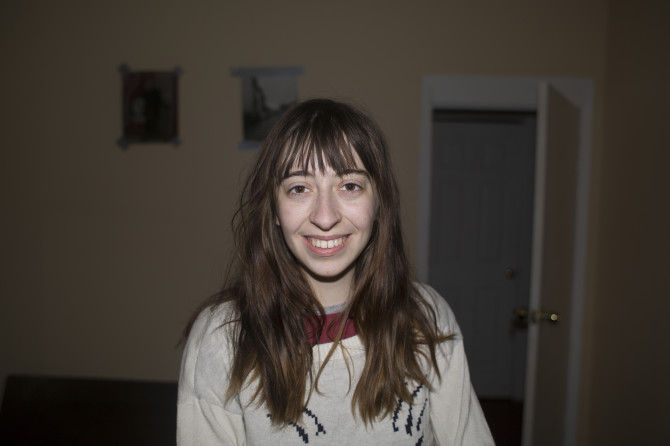 Can you be a successful fashion photographer outside a big city?