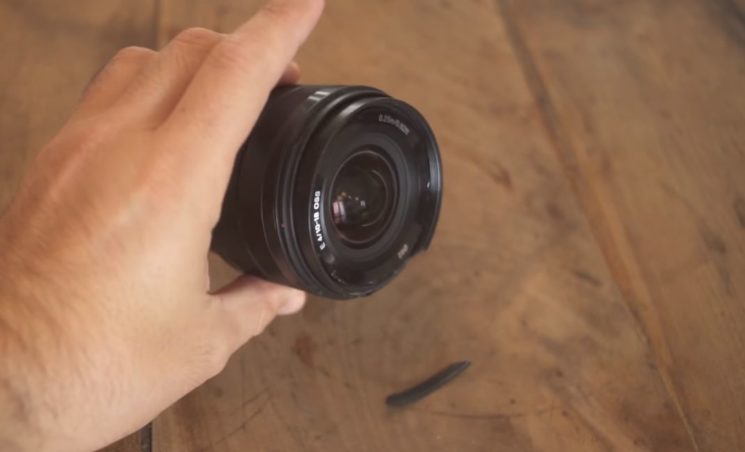 What do you do when you shoot in the harsh wind? Well, photographer Mathieu Stern learned it the hard way that he should add weight to the tripod when it’s windy. Although he has quite a collection of cheap vintage lenses, the wind managed to tip over the tripod with his camera and an $800 Sony E 10-18mm f/4 lens. Since he was shooting the video at that moment, he accidentally captured the unfortunate event, too.

Mathieu was shooting his previous video we featured, when he tested three vintage lenses with the same model. You can actually see in that video that the weather was very windy. As a result, Mathieu’s camera that recorded the video tipped over together with the tripod, causing his $800 lens to break. The plastic broke, and the lens can’t zoom anymore.

So, learn from Mathieu’s example and always add weight to your tripod. It can be your or some sandbags, whatever will make it more stable. I’m sure it was horrible to see the camera falling down and being unable to do anything. But still, Mathieu took it with a lot of humor and helped us learn from his mistake. And hey, at least the camera survived.

[The exact moment I broke my $800 lens |Mathieu Stern]