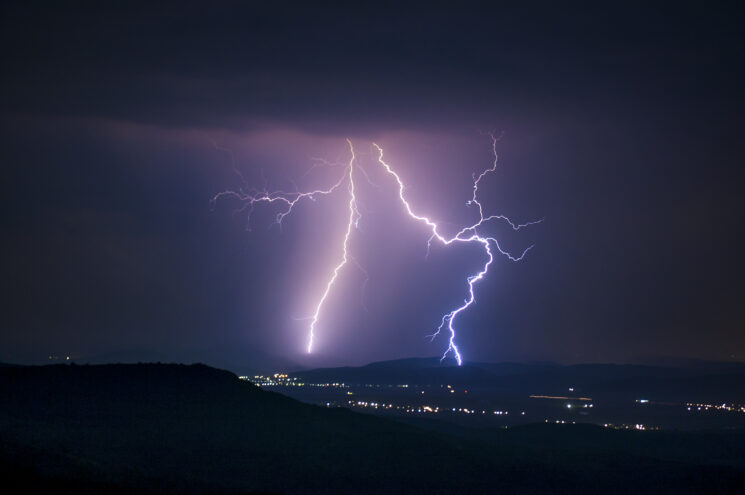 The odds of being struck by lightning are roughly 1 in 500,000. But what are the odds of taking a selfie at the exact moment that happens? When a UK woman whipped out her phone to take a photo of herself and her two siblings, the trio got struck by lightning the moment she pressed the shutter. Thankfully, they all survived and ended up with a selfie you definitely don’t see every day.

Rachel, Isobel, and Andrew Jobson were cycling through southwest London, UK. They decided to take a break and eventually sheltered underneath a tree as the rain started to fall. The rain soon turned into a thunderstorm, and the trio remained hidden under a tree waiting for it to pass. Isobel wanted to take a selfie, and the next thing she knew – she was on the ground, hearing nothing but “high-pitched buzzing,” as she described.

“My whole right arm was numb and I couldn’t move it,” Isobel told the BBC. Her sister Rachel described the accident:

“We were taking the picture with our phone and then the next thing, I was on the ground. I felt disjointed. My sister and I were screaming. I got burnt on my thigh and stomach and it’s left lightning-like marks behind on me and my sister. I couldn’t feel my arm.”

Rachel added that all three of them were injured, but their brother Andrew was “more stunned than anything else.” Passers-by helped the siblings until the paramedics arrived to take them to a hospital. The medical team told the Jobsons that it was a titanium plate in Isobel’s arm that likely led to the lightning strike. She had a cycling accident last year when she had the plate inserted. “My sister’s arm was very hot, because of the plate,” Rachel said. “Everyone was amazed at what had happened to us.”

The hospital staff took very good care of them and the Jobson siblings are all feeling okay now. The BBC writes that they haven’t decided yet whether they will resume their cycling holiday. “I still feel a bit light-headed, while my sister’s wrist is quite sore,” said Rachel.

Sheltering under a tree is one of the worst options during a thunderstorm. Still, it’s possible that Isobel’s titanium plate increased their chances of getting struck by lightning. I’m glad that it all ended well and that the siblings are doing better. And if nothing else, at least they have a totally “lit” selfie to brag with.

The exact moment this photographer broke his $800 lens

« I analysed 50 top landscape photographers selling NFTs on foundation. Here’s what I learned
Google’s “Backup and Sync” will stop working at the end of September »