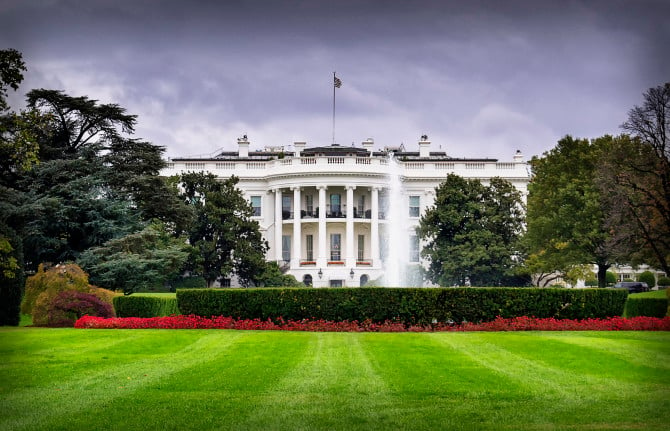 Anyone who even remotely follows photography related news will know how difficult and trying it has been to get the FAA to establish new guidelines on the flying of drones. The current rules allow individuals to fly the unmanned aircraft for recreational purposes; however, there are very strict regulations in place for those wishing to use the aircraft for commercial purposes. To some, this seems slightly backwards, mostly in part because the public often has the tendency to do stupid things. Things that a trained, professional drone operator most likely wouldn’t do. Like attempt flying a Phantom over the front lawn of the White House.

Though, to you and me, flying a drone over the fence of the White House seems like a really quick way to get yourself detained , an unnamed genius did just that at 3AM on Monday morning. When the drone hit a tree and crashed into the President’s lawn, the Secret Service discovered the device and put the White House on lockdown. Later in the day, a man contacted the Secret Service taking responsibility of the crash. Though the Secret Service did not release the name of the man, they did say he was a government employee who was flying the drone purely for recreational purposes. The man, a Washington DC resident, does not work at the White House and was not charged with a crime.

JUST IN – photo of the drone that crashed on the White House grounds overnight pic.twitter.com/8wnOiKQlRi

While no physical damage was done other than the downed drone, it’s being speculated that the incident will cause a drastic slowdown and set back in whatever progress UAV advocacy groups had made over the past year. Bloomberg reported in a post today:

“The Obama administration was set to release new privacy standards and was reviewing a proposal to allow drones for commercial purposes such as for sporting events and oil-field inspections. Then one landed on the president’s lawn.”

In Bloombergs conversation with drone advocate, Patrick Egan, on Monday’s happening, Egan noted, ““I think this might chill it. It definitely shows some holes in the plan.”

Please let this unnamed government employees complete lapse of judgement serve as a reminder to all drone operators out there, professional or otherwise, that every time you take your aircraft out, you are acting as an ambassador of the entire drone community. Let’s try not to do things that undermine and damage all the efforts being put forth by advocacy groups to make operating a drone a legal and safe thing to do.

« Preparing For Their 67th Wedding, This Couple Has Been Keeping Photographers Across The World Very Busy
Handmade Severed Thumb USB Drive Doubles As A Creative Photography Portfolio »