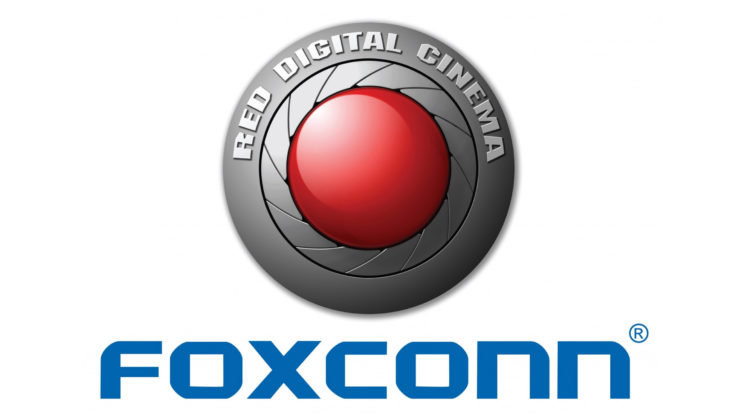 With disappointing iPhone X sales, and the overall reduction in iPhone sales, it seems Foxconn are branching out. And they’re brancing out into the 8K prosumer video market, if Nikkei Asian Review’s report is accurate. They say that Foxconn are teaming up with cinema camera manufacturer RED to make professional quality and affordable cameras available for the general public.

Given that RED’s current 8K Weapon systems cost somewhere in the region of $50K once you buy all the associated bits, that’s one heck of a goal. Nikkei say that Foxcon are “seeking new revenue sources to compensate for weakening smartphone demand”, and that they want to “reduce its business dependence on Apple”. Apple currently accounts for more than 50% of Foxconn’s sales.

Foxconn is also investing heavily in semiconductor display technology or cameras and have factories in both Asia and the US. Foxconn does actually already build and assemble various circuits for RED cinema cameras and the two companies have a close relationship. It’s entirely possible that Foxconn also play at least some part in the production of the upcoming RED Hydrogen smartphone.

So, expecting this relationship to develop into 8K video isn’t really that much of a stretch.

What capabilities a RED/Foxconn 8K camera might ultimately have, though, is difficult to foretell. They’ll want to beat out cameras like the GH5, A7RIII, 5DMark IV and D850 when it comes to video, or whatever their equivalents are by the time such a camera is released. But RED also won’t want such a camera to compete against their own higher end systems.

With Panasonic’s new 8K global shutter sensor announcement, it seems that “small” cameras are about to take another big leap. Which is quite surprising when many today are still being released with only 1080p capability.