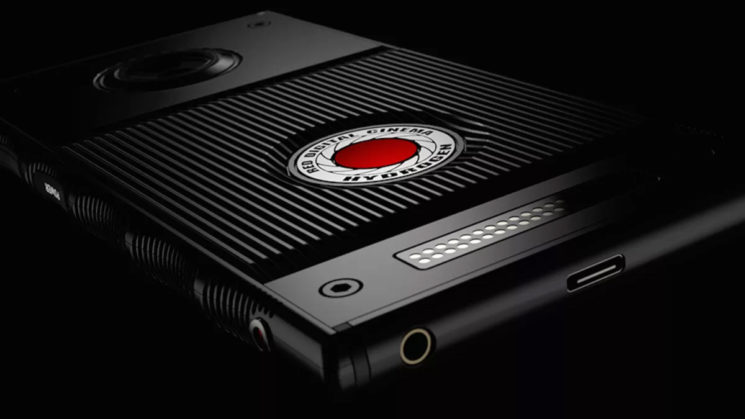 Teasing us with specs always seems to get us a little excited, especially when it comes to something new and different. Sure, smartphones aren’t exactly new, but the RED Hyrdrogen One sure appears to be. The world’s first phone with a holographic display that doesn’t require any kind of glasses. Now RED have let out a few more specs on the phone, as well as an approximate shipping date.

A recent post on the RED User forum lets out a few more details about the RED Hydrogen One and some indication how it stacks up to other phones currently available.

As far as the screen’s 2D resolution goes, it’s 2560×1440 resolution with “fantastic color and brightness”. More than the 1080p that some of us are used to, although less than the 4K that others were hoping for. But 2D isn’t really what this phone’s for. It’s for 3D holographic display – or “4V” as RED calls it.

In 4V mode (holographic), the screen dims a bit and out pops a “better than 3D” image… no glasses needed. There is no way to describe this. You just have to see it. So far, everyone that has seen it gasps, swears or just grins. I wish we had recorded all the reactions. Priceless.

When it comes to the actual 4V resolution, well, apparently that’s a little difficult to really explain.

Complex answer. The 4V files match the pixel resolution of a traditional 2D file, which is great for downloading. The resolution perception is just different. The horizontal resolution of 2D is now split into depth layers. It gives a completely different feeling. All the pixels are there… but instead of “looking at” a pic, you are immersed in the image. It is quite spectacular. As a resolution guy, I absolutely prefer watching 4V over 2D.

A new 4V content platform, the Hydrogen Network, is coming along with the phone which allows users to share the 4V content they make with their Hydrogen One. You will be able to sell your 4V content or give it away for free.

They say that it has equally impressive sound, boasting “multichannel spatial sound”, through the phone’s internal stereo speakers or headphones. Something that needs to be heard in order to be really appreciated. And, honestly, if it is that good, I’d have to hear it to believe it, because small phone speakers that close together never really sounds that “spatial” to me.

We’ve known for a while that it is a modular phone, with RED’s “pogo pin system” on the rear of the phone for communication with other devices. They say it provides power and data in both directions, and that modules are stackable. You could add a big battery module for more power, a “cinema grade camera module”, or others. They haven’t said that those are exactly the modules that they will be releasing, but I think a bigger battery would almost be a certainty.

That being said, the battery in this thing is pretty ridiculous already. 4500mAh. For comparison’s sake, the Apple iPhone X battery is 2,716mAh. That doesn’t necessarily mean, however, that the RED camera will last all that much longer. It might, but then it might not if it’s got so much more tech to power inside the phone, and those add-on modules will also help to drain it more quickly.

Other than the battery, a few other specs have also now come out. It will be powered by a Qualcomm Snapdragon 835x processor and features a headphone jack and dual SIM slot. It appears the dual SIM slot works the same was my ASUS Zenfone 4. Either you can have two SIM cards with two different numbers, or you can have one SIM and a microSD card in the second slot.

For charging and physical connectivity, it sports a Type-C USB socket. It weighs about 2 ounces (56g) more than most 5.7″ smartphones and it’s also slightly larger than other 5.7″ smartphones. It’s a little thicker and very solid.

Carrier support for the Hydrogen One is “unprecedented”, they’re just not able to tell us who it is yet. Just that “it is as good as it gets”. But, this does mean delays due the time it takes each carrier to certify the phone before it can launch. That certification process is beyond RED’s control. So, right now the shipping date for carrier supplied phones is “likely to be sometime in the summer”. Unlocked pre-orders will ship before that, though. So, if you’ve pre-ordered already, you’ll be one of the first to get it.

You can find out a little more over on the RED User forum post. It sure looks interesting so far, and I’m keen to check one of these out in person. But, at this price, that “cinema grade camera module” would have to be pretty impressive to make me put down this kind of cash for a phone.