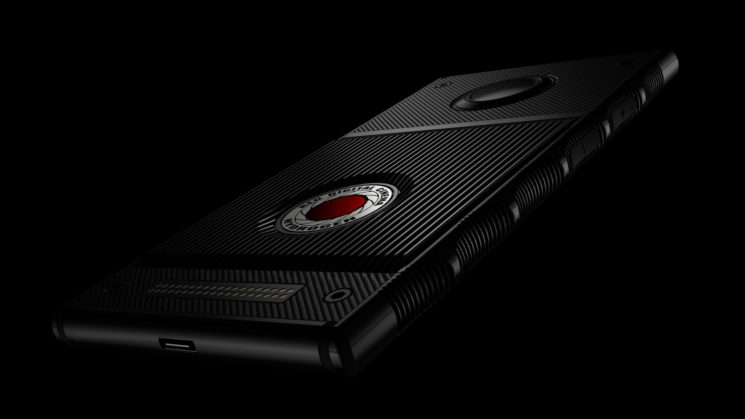 It seems that RED has gone from prototype to production. The RED Hydrogen smartphone was announced last July with pre-orders starting at $1,195. Delivery was pushed back until August this year, pending carrier certification. It appears to have now passed that certification and will be coming to AT&T and Verizon this summer.

What makes the Hydrogen One stand out from other smartphones, RED says, is its 5.7-inch 4V “holographic display”. They haven’t let it be seen by the cameras yet, though. Their justification is that cameras simply can’t do it justice, so they’d rather real-world first impressions get out the first.

The Hydrogen One is a really interesting device, with grand aspirations. It’s modular, allowing you to potentially hook up some bolt-on modules, such as the “cinema grade camera module“, extended life battery packs, and such. It also means you may be able to physically connect the phone to RED’s series of cinema cameras.

With all the hype that’s been built up and RED’s lack of willingness to let cameras see the screen, I’m starting to get really curious what all the fuss is about now. I’m in the UK, so I’ll be going with neither AT&T nor Verizon, and I’ve no idea when they might start showing them off on this side of the pond. But, RED says that if the phone is ordered directly from them, you’ll be able to go with any provider you wish.

If you’re close to Los Angeles, though, you can check out a public demo at AT&T SHAPE at the Warner Bros. Studio on June 2-3rd. You can register for that event here.

Unlike most smartphones, RED seems to be pushing this out as a filmmaking tool. A tool that just happens to let you make phone calls. As opposed to a phone that just does all this other stuff, too. It will be interesting to see exactly what kind of smartphone user this attracts once it hits retail.

Although AT&T, Verizon nor RED have stated a specific date when the Hydrogen One will become available, AT&T did state that it will be coming sometime this summer.