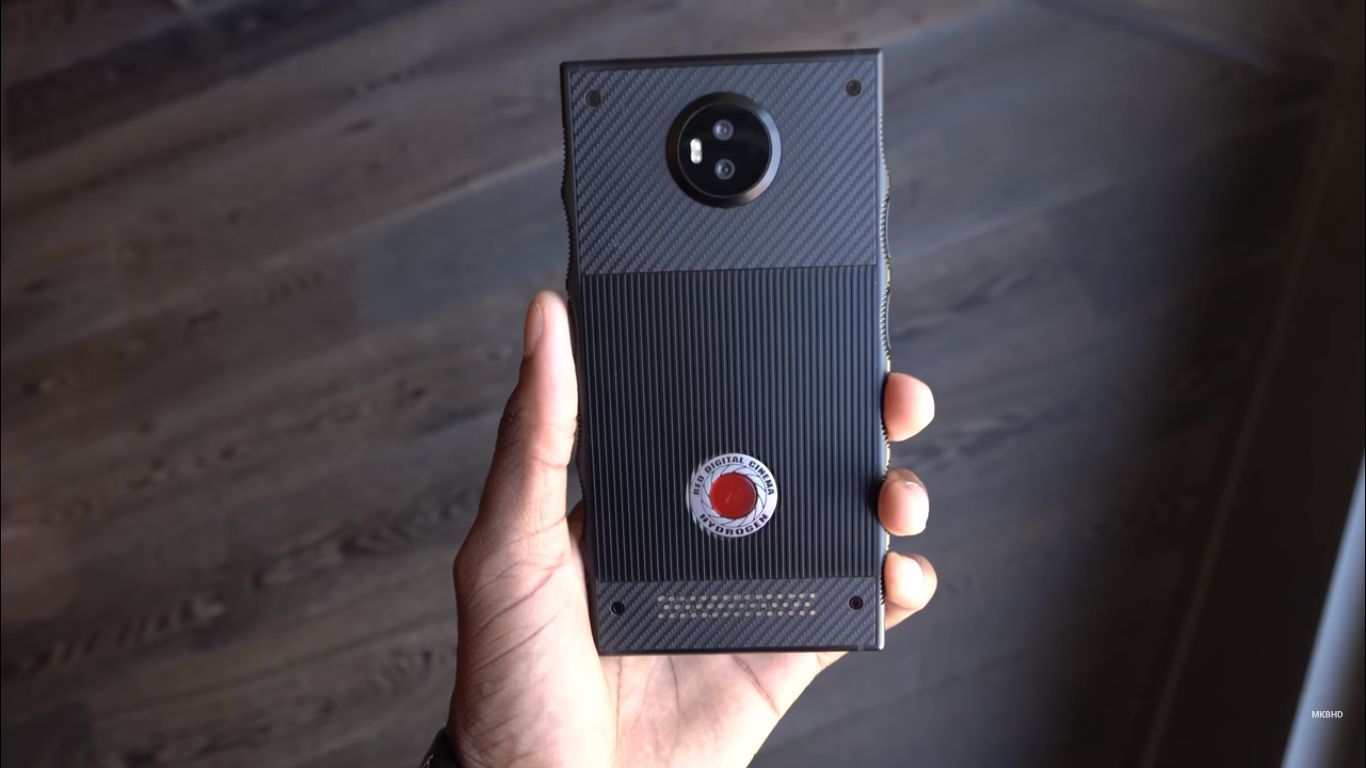 RED has recently announced Hydrogen One, their very first smartphone. There was only one mysterious render photo with the announcement, but now there’s finally something more to see. Marques Brownlee had an exclusive chance to get his hands on a couple of prototypes. In his latest video, he shares the first hands-on with RED’s smartphone of modular design and with a holographic display.

Marques got three prototypes to show. The first is a non-functional “fit-and-finish” phone, which looks like the final version will. It combines rugged and modern design, and it looks pretty durable. In Marques’ words, “It looks kind of like a Moto Z had a baby with a tractor.” It’s rather large, so it may not be too handy for some users to operate. 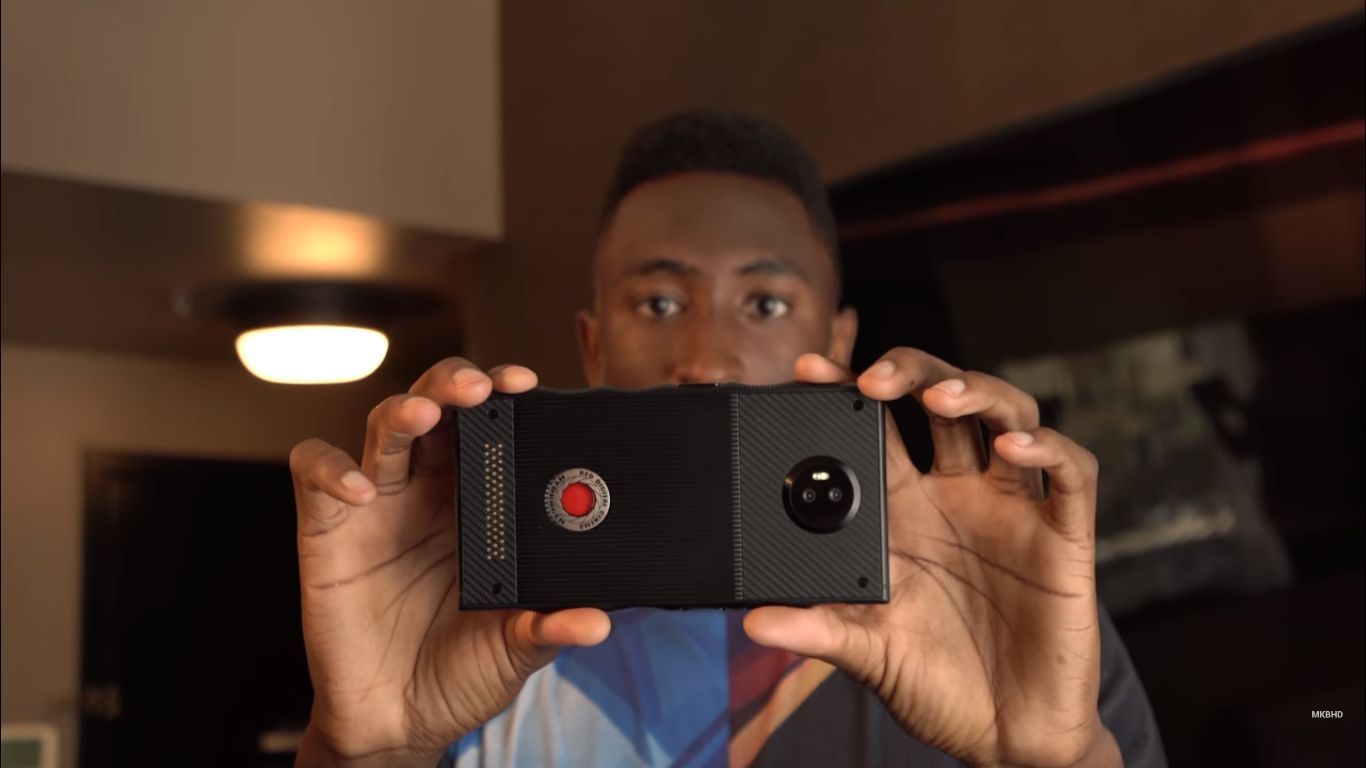 It features separate volume buttons (because of the ridges), with the power button on the other side and a physical shutter button. The USB type-C and the headphone jack are on the bottom, but they plan to move the headphone jack to the top. The camera bump is relatively large, which wasn’t that obvious from the render. 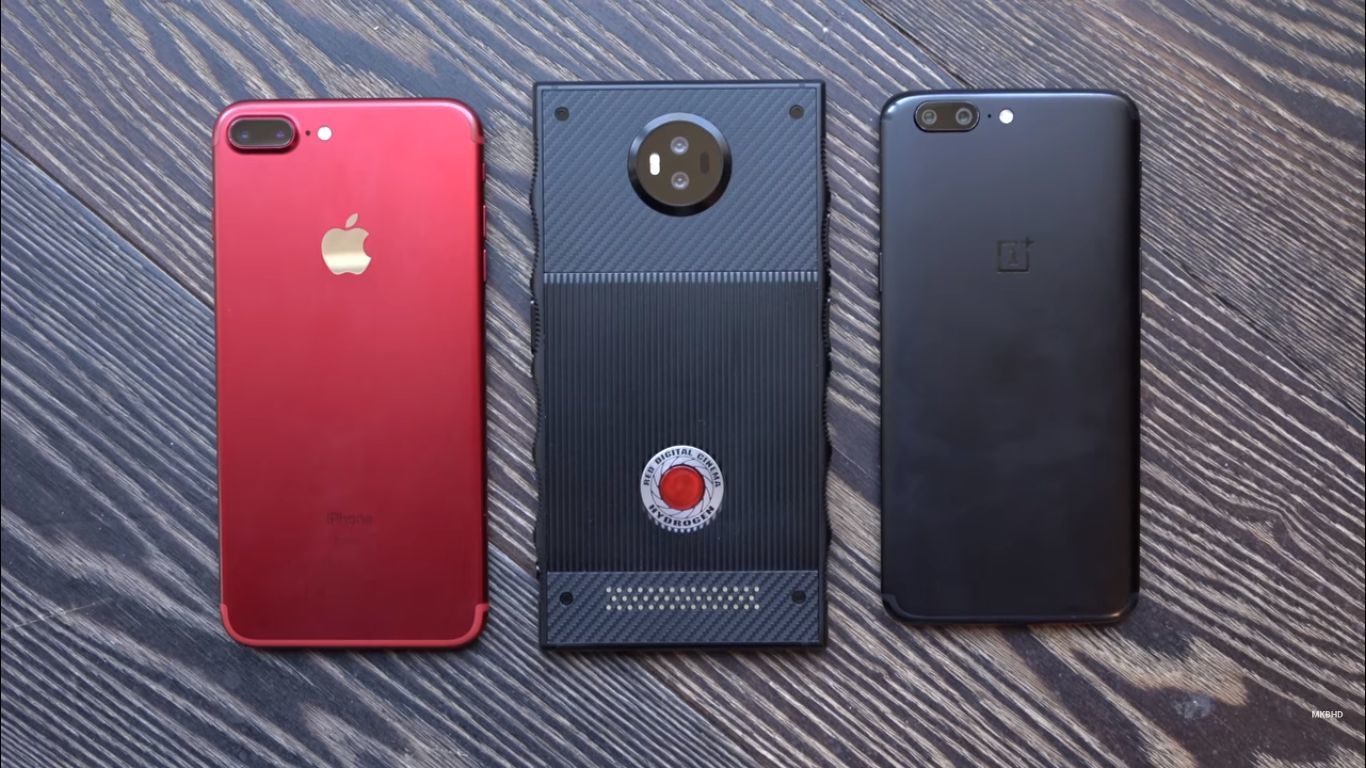 The second prototype is the one I was the most curious about: the one with the working holographic display. To my disappointment, Marques wasn’t allowed to show it on camera, but if it’s of any consolation – it probably wouldn’t look as good on video, anyway. But what he does show is his reaction, and you can see it in the video.

The third prototype shows one of the capabilities of the phone’s modularity. It features an attachment that adds a sensor and a lens mount to the phone, and it looks like this: 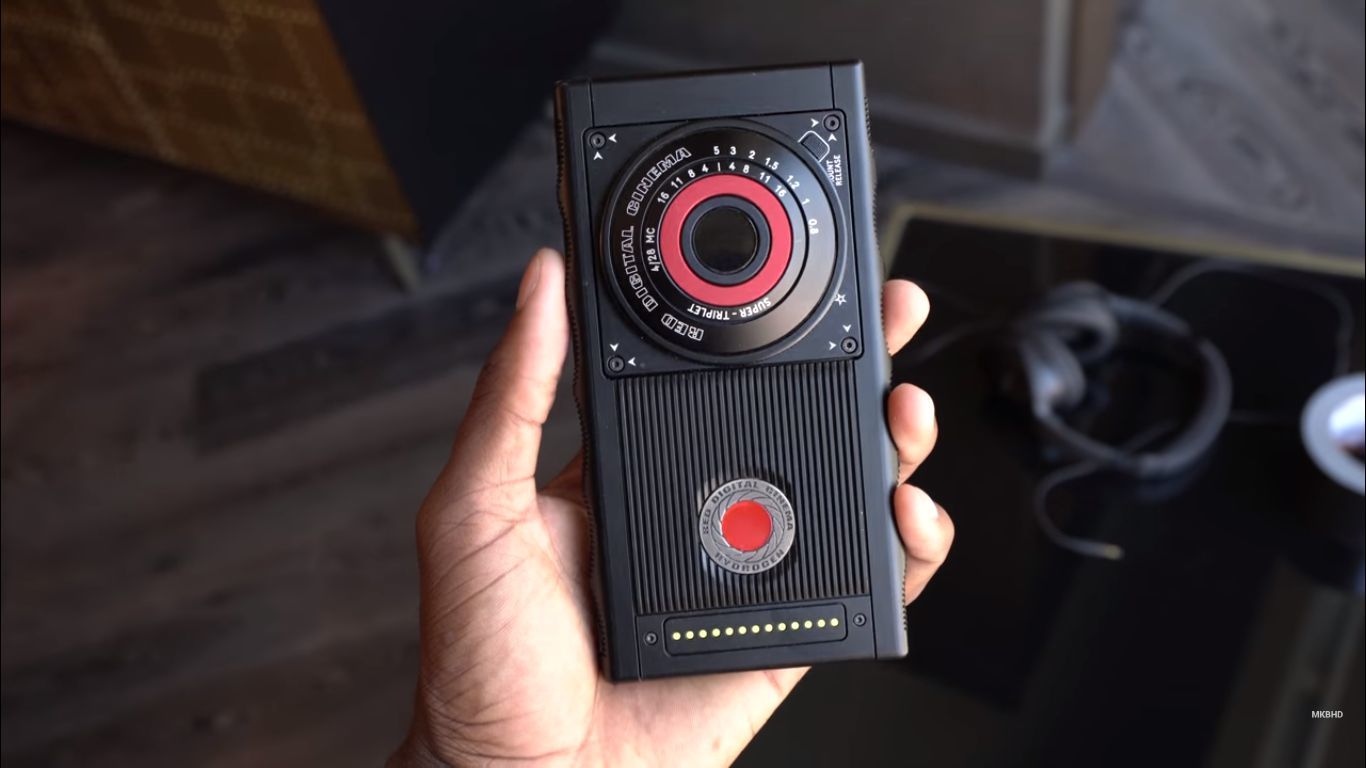 RED believes the Hydrogen One can outperform DSLR and mirrorless cameras, and its quality can “only be surpassed by RED’s bigger cameras.” However, they still haven’t discovered sample images or footage taken with their smartphone, so there’s still to see what it’s capable of. A lot of features are still under development, so there will certainly be more surprises and discoveries. According to Marques, a new prototype is coming in the next 30-45 days, so this is when we might finally see that holographic display in action.