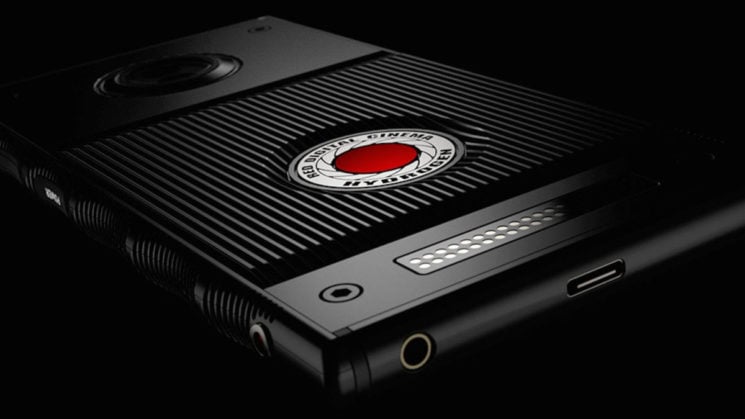 The promotion leading up to the release of the RED Hydrogen One was largely a hype-fuelled campaign that ended up disappointing a whole lot of people. Particularly people who’d actually put money down to buy one. After delays, and even giving out freebies, it still wasn’t enough to keep people happy, so RED seemed to quietly pull the plug.

Now it seems, though, that RED is up for round 2 and taking another crack at the smartphone market with the RED Hydrogen 2. A post from RED (and Oakley sunglasses) founder Jim Jannard on the H4VUser website admits the issues with the Hydrogen One and announced the commencement of work on the Hydrogen 2.

Jim essentially shifts the blame for the failure of the Hydrogen One’s underperformance to the company they used to prepare the device for manufacture by Foxconn. RED’s cameras are built in their own factories in Orange County, California, although the Hydrogen One was manufactured in China. He says that Foxconn was fantastic, but that the Original Device Manufacturer (ODM) responsible for designing the device wasn’t up to par. Unfortunately, not until it was too late to do anything about it. This, naturally, frustrated Jim.

So, they’ve been vetting a new design to manufacture house and work has begun on the Hydrogen Two, almost completely from scratch.  He goes on to say that the new ODM is “more capable of building and supporting the product we (and our customers) demand” and that a new team will be keeping an eye on things to make the Hydrogen Two exceed expectations.

When it comes to the camera, the Hydrogen One was very underwhelming. When you take away the gimmicks, it wasn’t really any better than the rest of the flagship smartphone cameras of the time. It’s not that it was necessarily bad, but it wasn’t as good as people had expected from a company like RED. So, development for the new camera sensor is being created in-house at RED rather than being left up to an ODM.

Additionally, we eventually realized that the original camera module would have to change due to the fact our ODM was not going to competently complete the module that they committed and guaranteed to do. Our best option was to modify the program and bring it back into the RED house. We have completed the new and extraordinary sensor and redesigned the package. Jarred at RED will be posting about Komodo fairly soon. Its capability will vastly exceed the originally planned module. The HYDROGEN One and Two will integrate with this new camera. While it does not replace its big RED brothers, it will certainly be a complimentary camera for cinema grade images at the highest level at lower pricing.

While the blame is being laid squarely at the feet of the Chinese ODM that RED chose to design the phone, RED is still sort-of owning up to the failure. After all, the ODM may have been bad, but they’re the ones who hired them.

For RED, the Hydrogen Two will have to blow everybody away. Not only must it meet the expectations people had for the original, but provide them with something much greater. Even if they do manage to do that, they face a very tough battle convincing customers that they’ve got it right this time.

The measure of a company is not that they don’t ever fail, but how much they learn from those failures and how well they recover from them.

« What it’s like to shoot a video with a 100-year-old lens from World War I
These are the worst types of photographers – If you don’t know them, you probably are one »