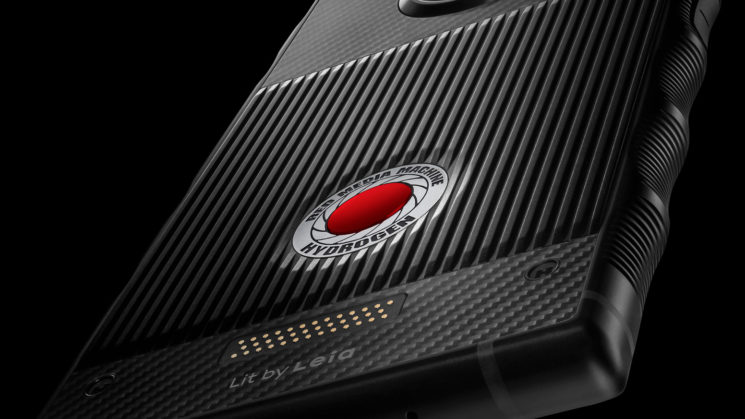 RED’s entry into the world of smartphones was supposed to be exciting. As one of the leaders in cinema cameras, everybody expected the RED Hydrogen One to be a magical video powerhouse of a phone. Now that they’ve started shipping, though, some customers aren’t quite so impressed with what they’ve received for their money.

These review from The Verge, Marques Brownlee (MKBHD) along with some real live sample footage shot with the Hydrogen One show that it really doesn’t live up to what users were expecting.

The phone’s seen a number of delays, to the point where customers were getting so frustrated that Titanium customers were receiving a free Aluminium phone (in addition to the Titanium they would eventually receive) just to shut them up and keep them happy until the Titanium ones were ready. They’re still not ready.

During this time, there have been some pretty hyped press events, where nobody was actually allowed to show off the fancy new “4 View” screen because RED believed that cameras couldn’t do it justice. Well, it turns out that they were right, it doesn’t, although the real-life experience doesn’t seem to be that great, either. I’ve seen a couple of customers posting in various Facebook groups that watching 4V content actually gives them headaches.

In his review, Jacob Kastrenakes describes the Hydrogen One as a “complete mess”. And his overall summary is that it’s just “all hype”. His only positives seem to be that it’s got a unique design, a massive battery, and RED is trying to do something new. Everything else is basically bad. It’s got a previous generation processor, the holographic display is “blurry and bad” with very little 3D content available. There are no accessories for the expansion pins, it’s huge and bulky with big bezels.

Marques Brownlee is somebody that people have been keeping an eye on as the source for all things Hydrogen One since the day of the original announcement. He’s been very excited as it’s come closer to release, and the phone showed a lot of promise during the hype-building phase. But now, even he doesn’t seem all that impressed. Although he does admit there still may be hope for the phone’s future through software updates.

Sample footage from the camera contained within the Hydrogen One, though, doesn’t paint such a great picture. Or 30 great pictures a second, to be more precise. While the dynamic range looks quite decent, that rolling shutter definitely isn’t what people were expecting, as this clip from PhoneArena illustrates.

The night time sample, while actually looking quite good when it comes to low light performance doesn’t look completely awful, it does have some very strange artifacts (perhaps as a result of stabilisation). Check out the top and bottom of the video as the camera is tilted.

While much of the Hydrogen One’s functionality as an actual smartphone can probably be improved relatively easily via software, dealing with hardware issues like rolling shutter might be a much more difficult issue to resolve.

In a $1,300 phone, one can understand why people expected more.