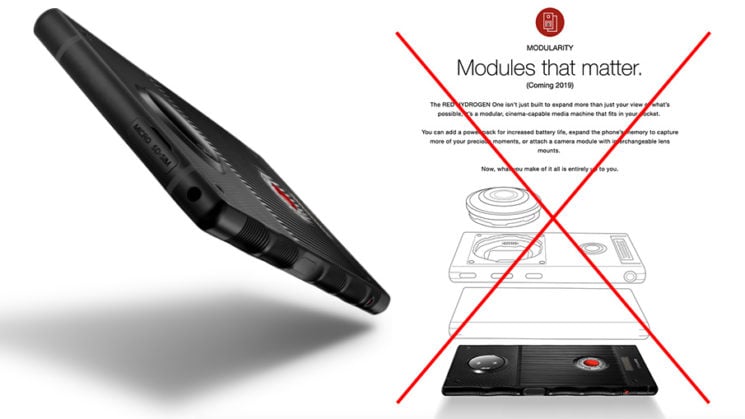 After a pretty abysmal launch, the RED Hydrogen One had one possible saving grace that might help see it succeed and allow RED to redeem themselves in the eyes of their customers. Not to mention the entire smartphone-buying public. That one thing was its expandability. Modules that allow the user to enhance the functionality of the device.

Now, RED seems to have silently scrapped those modules, including the camera module, after removing all traces of them from the Hydrogen One website. The change was spotted by Reddit user ReipasTietokonePoku, where it sparked off quite the discussion between owners of the phone. 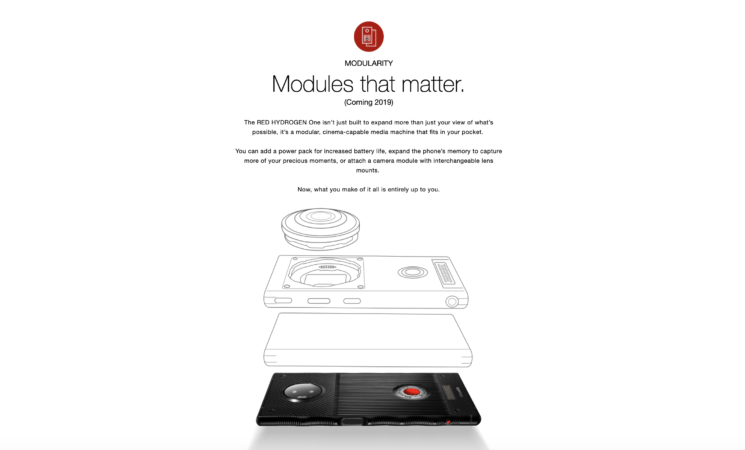 The screenshot above shows what used to be displayed at the bottom of the overview page on the Hydrogen One website. It speaks of “Modules that matter”, which were supposed to be coming this year. Although, apparently those modules don’t matter, after all, as they’ve been removed. Thankfilly, the Wayback Machine remembers everything (well, almost).

The RED HYDROGEN One isn’t just built to expand more than just your view of what’s possible, it’s a modular, cinema-capable media machine that fits in your pocket.

You can add a power pack for increased battery life, expand the phone’s memory to capture more of your precious moments, or attach a camera module with interchangeable lens mounts.

Well, unless RED is planning some super secret launch and they’ve removed this in preparation, not anymore. You can’t add a power pack, memory, or camera module. I think it’s unlikely that they’d remove it just to officially re-announce them at a future data.

At the release of the Hydrogen One, RED CEO Jim Jannard told The Verge, “If you were shooting an 8K Weapon on set as your A camera, this could certainly be your B camera. No question”.

I went to many of the preview and launch events. The common consensus was “phone… cool. 3d … whatever. I’m in this thing for the cinema module”

This seems to be a common sentiment amongst those who pre-ordered the Hydrogen One. They didn’t care about it as a phone. They bought it on the promise of the camera module. Jim also said at the time of the Hydrogen One release that “it’s true – the Hydrogen One does not succeed when judged as a traditional smartphone”. Well, that’s pretty much all this thing is now.

If the camera module truly no longer exists and will now not be coming, then there are going to be a lot of angry Hydrogen One owners out there. And probably a flood of Hydrogen One phones showing up on eBay in the coming weeks as their owners switch to something that does succeed when judged as a smartphone.