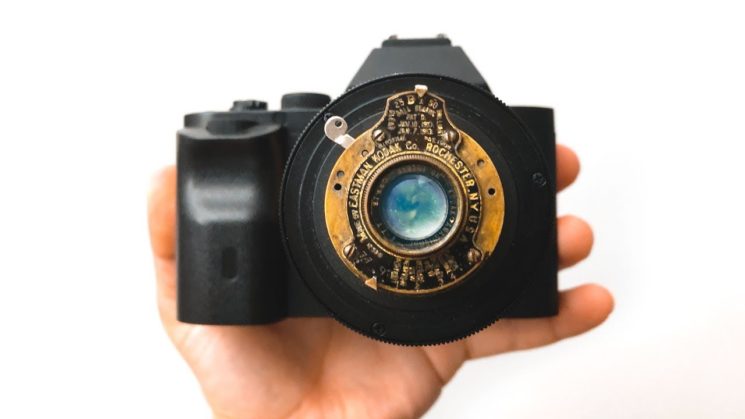 In 1912, Eastman Kodak first introduced Vest Pocket Kodak, a tiny camera that was barely larger than today’s smartphones. It was a camera of choice for the soldiers in the First World War. Recently, Mathieu Stern got his hands onto a 100-year-old lens from one of these cameras. He carefully placed it onto a Sony A7III and gave the lens a new life by shooting a video with it. Take a look at the result in the video below.

To attach this old lens to his camera, Mathieu used an M42 helicoidal adapter with an M42 to C mount adapter and some rubber bands from an old bike tire. He took it on a trip to Vienna with him and shot some frames around the city.

This isn’t the first time that Mathieu has mounted a very old lens onto a modern camera. He paired a 135mm lens from a large format wooden camera onto a RED camera. He’d previously tested it on Sony A7II. And he even gave autofocus to a 120-year-old lens. I don’t know about you, but I personally like the result he got from these lenses. Plus, I think there’s something special about the fact that you’re bringing together the photography’s present and its distant past in a single kit. Make sure to check out the video, and let us know how you like the result.

« Modern cameras: how they make it harder to take a bad photo
RED is having another go at smartphones with the RED Hydrogen 2 »