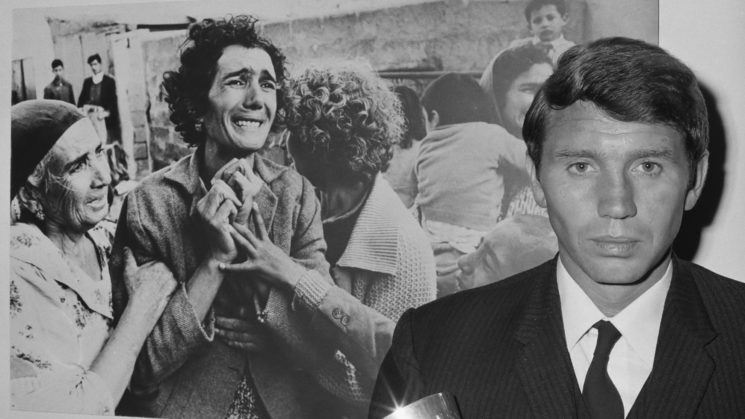 Don McCullin’s 60 year photographic career started during his period of National Service in the RAF. He failed to pass the written theory paper necessary to become a photographer in the RAF. So, he spent his service in the darkroom. During this time, he bought his first camera, a Rolleicord, which he pawned upon returning to the UK due to a funds shortage. His mother used her own money to buy it back for him.

Since that time, he’s covered conflicts all over the world, including Vietnam, Northern Ireland, Afghanistan, Iran and the Congo. At 81 years old, just last month he travelled to Iraq to photograph the Battle of Mosul and photograph people fleeing the city. His life has been an incredible journey from very humble beginnings. It’s a life that has now, at the age of 81, granted him a knighthood.

Sir Don told the BBC that he felt “warmed” to be recognised for services to photography and that it would bring “a lot of honour to his family”. No doubt his mother would feel very reassured knowing that her decision to buy back his pawned Rolleicord has paid off.

I’ve made this huge journey from the beginning of my life where it was very poor and impoverished.

So, in a way, I’ve been duly reowarded before I even got this knighthood.

He told the BBC that the Mosul trip would be his last covering conflicts, but that he would continue with photography until he “can’t press that button any more”.

McCullin is married and has five children. He has lived in Somerset, England for 34 years, having first visited the area as a young evacuee. He hopes that the queen will be the one to knight him personally.

My only hope is that the Queen will be the person who tips my shoulders with the end of that sword.

Other photographers mentioned in the 2017 New Year’s Honours list for services to photography include, Peter William Dazeley and David Alistair Jack. You can view the complete list of recipients here.

Who else do you think should’ve made the list this year? Let us know in the comments.