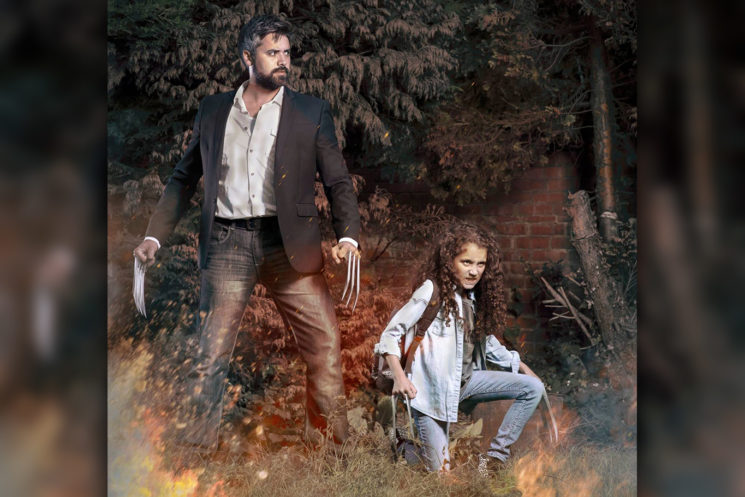 It just started off as an idea while thinking about what to shoot next. And as he’s been working hard at the gym the last few months, and is a big fan of Wolverine, it hit him. Sometimes, you just get a desire to do something, and then you have to go and do it. And that’s how photographer Rahim Mastafa felt about this Logan themed photo shoot with his daughter. Rahim posted a behind the scenes video of the shoot to YouTube, but after we saw him post images to Facebook reccently, we got in touch to find out more.

We asked Rahim why he chose to do a Logan themed shoot. The Wolverine is a topic that’s been tried a few times before and not always that well, so there are some challenges.

I like to have fun when I shoot. One day I was thinking about the subject of my next shoot. Now, I have had people say that I’d make a good Logan, so I thought, what the heck, let’s do it.

A friend of mine had a pair of really convincing Wolverine blades which I used during the shoot. I also thought I’d get my daughter to join in on the shoot to play the part of the girl in the movie.

Well, wanting to have fun is a good enough reason to dress up with your kid. Rahim chose to do the shoot in the back garden of his home in Wales. As he mentions in the video, his father-in-law was burning something out there recently which did a little damage to a couple of the trees. But, it worked out to make a rather good set for this shoot. Rahim told us about the gear and lighting used.

I set up two lights in my back yard. A Pixapro Hybrid 360 flash on a 10 ft stand with a boom, inside a 2ft x 3ft soft box. I placed a Yongnuo YN560II speedlight inside a Roundflash Strip Light to the left of frame to create some edge light.

I placed my Sony a77 with a 35mm 1.8 Sony lens on a tripod and locked it off. I knew that the shot would be a composite. One shot of me, one of my daughter, as we only had one set of blades between us. 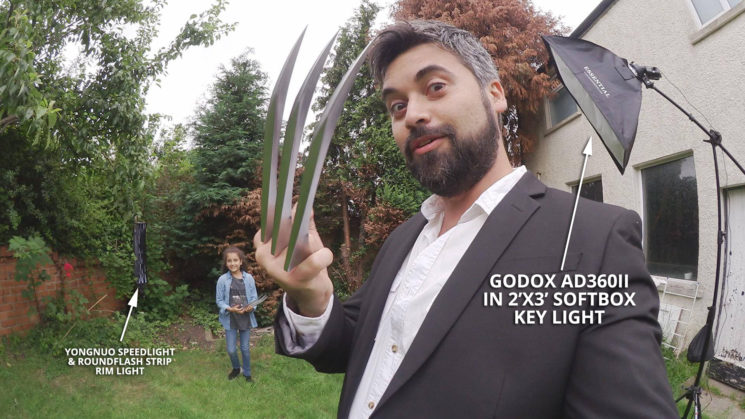 And then we just had fun! I dressed up as Logan, using clothes I already had and my daughter did the same. I directed her during the shoot in order to get some emotion from her.

Having only one set of claws basically meant that a composite was mandatory if Rahim wanted to show both himself and his daughter wearing them. So, when she was in front of the camera, he would fire the shutter. And when he was in front of the camera, she was in charge. But that was probably the biggest challenge of the shoot. Individually, the two shots chosen looked like this. 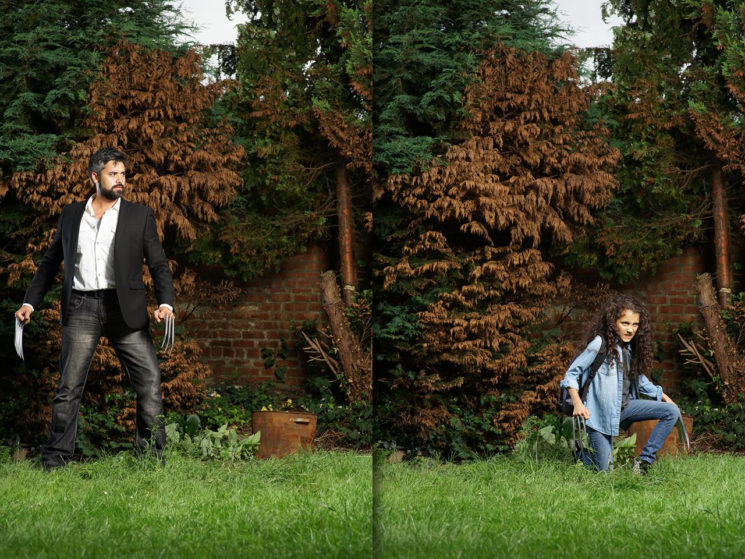 And when they came together, the final result looked something like this. 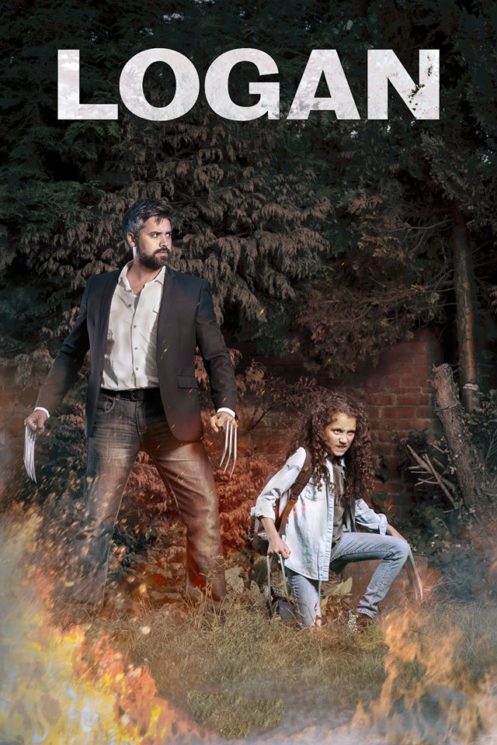 These weren’t the only images Rahim shot, though. After he knew he had the shots he needed for this image, he carried on shooting a few more to try out some other ideas. He also sent along some behind the scenes photos. You quickly see just how advantageous flash still is outdoors in bright conditions. 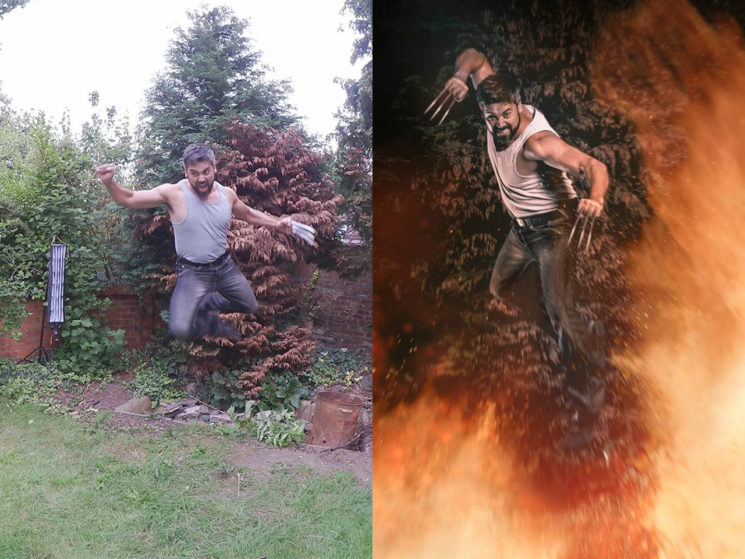 But Rahim didn’t do all of his shooting outdoors. He also headed inside to shoot a few more that he knew he would also composite onto other backgrounds. For these, Rahim setup a second speedlight & Roundflash strip softbox, so that he would get a rim light on both sides, with the softbox as an on-axis overhead key. 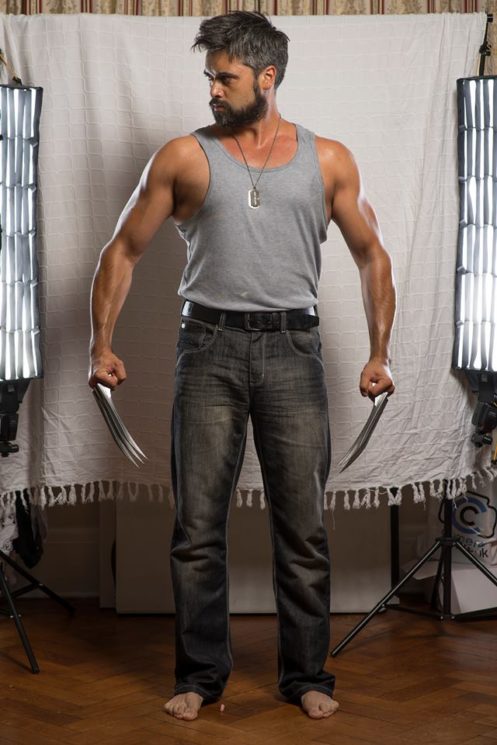 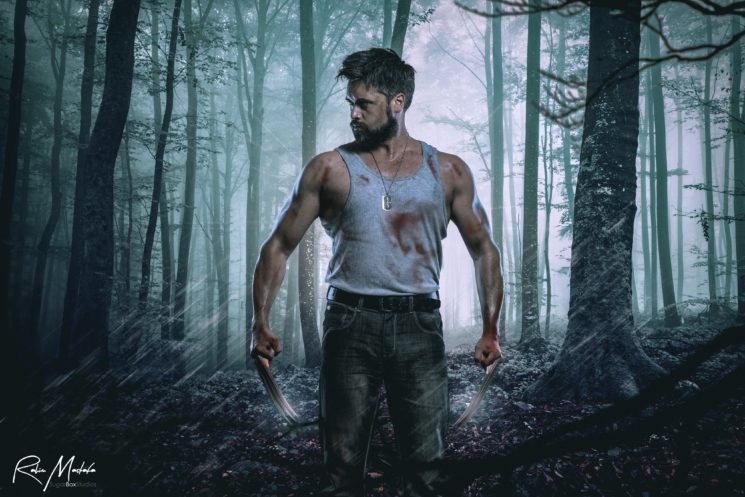 For post work, Rahim did basic corrections in Adobe Camera Raw before spending a good few hours inside Photoshop getting everything looking just the way he wanted.

I think the images turned out rather well. Thanks for chatting with us and sharing some more info, Rahim!

« RED teams up with Foxconn to create “affordable” 8K prosumer cameras
What are lens hoods really for and how do you use them? »