The D800 has been regarded as an exceptional camera ever since its release in 2012. Some of its strongest selling points were (and continue to be in the D810) its dynamic range, ISO capabilities and superb resolution.

Three years after its release and the discontinued model just got an excellent new feature – 8K real time video!

A new technique called quicklapse creates the super-high resolution video my bypassing Nikon’s limitation of 100 photos in continuous mode and then interpolating the frames in post production to fill the gaps.

Obviously Nikon isn’t responsible for this addition, though. Miguel de Olaso (aka Macgregor), an award-winning director of photography from Los Angeles, and Art Sanchez, an architecture and interior design photographer from Spain, are to thank.

Sanchez explains that they chose to use the D800 after comparing the latest DSLR cameras available at the time. They considered buffer capabilities, dynamic range and overall image quality, among other things.

Using a DSLR camera comes with several distinct advantages other than just unsurpassed resolution. The main advantages pointed out by Sanchez are the photographic quality of the video (you know, because it’s made of individual photographs), the lightweight setup and all the advantages of a full frame sensor. This means you get the great low-light performance and a wide selection of lenses.

The new technique does have disadvantages, though. The work process is described as “tedious and slow” as the technique not only uses the D800’s ginormous files, but they are also shot in a raw format that is not used in video production.

Another disadvantage, as you would expect from any method which uses interpolation, is the inability to properly handle fast moving objects. You’ll notice there are no people, animals or moving objects in the video above, and it’s not just because it’s an architecture video. 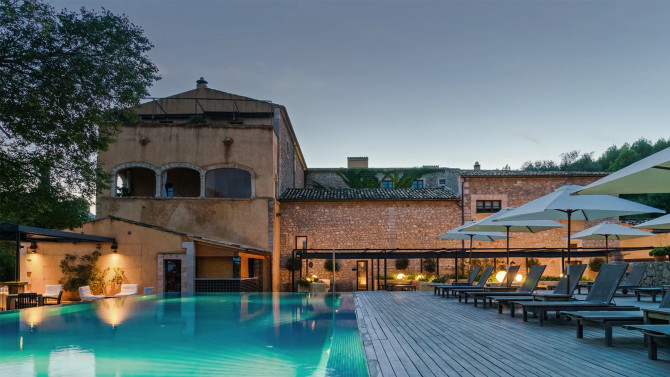 So how did Sanchez and Macgregor bypass the camera’s limit of 100 photos in burst mode? They had Alex Gutierrez, motion control engineer and CEO at mSlider, custom build a special computer-programmable intervalometer.

The couple then went on to use the Stage One slider with the 3-axis Emotimo TB3 head and a 2-axis mSlider system for motion control, and Nikon and Hasselblad medium format lenses to get the best performance out of the camera’s sensor.

Remember we said the post-production was a pain in the butt? Sanchez explains just how painful it was to post-process the 50,000+ photos they shot in the two weeks of production:

“Since the whole project was shot in raw format, the processing and conversion of the stills had to be done before the editing could start. We used Lightroom for the raw conversion. It took more than two weeks to export the 36mpx color corrected raw material to 4K. And we are not counting the time we spent dialing the right settings in Lightroom. Two straight weeks where our main computer was just exporting image files, 24/7.

Once we had image sequences we imported those into After effects, where we performed tasks such as stabilization, perspective control and of course time remapping. This process took about two more weeks. We exported the clips on either uncompressed or Cineform codec video files.

Finally the editing was done in Sony Vegas, which handles 4K and Cineform codec pretty well”.

Almost as cool as the technique itself is how it materialized.

It was 2012 when Macgregor (Miguel de Olaso) found himself in Iceland unable to use his Sony F35 due to a damaged accessory cable. Since he couldn’t go home empty handed he used his D800 as a backup camera, but not in the conventional way:

“instead of shooting regular HD video with it, Miguel took advantage of the camera’s burst mode to take continuous still photographs with the idea of turning them into real time video.

He noticed that he could manage a constant 5 fps burst (in JPEG mode) up to 100 images (Nikon’s weird limit), which was far from the standard 24/25 fps of conventional video but definitely faster than any standard timelapse technique. Since he wanted to capture real time video the idea of interpolating in post the missing frames to achieve those 25fps was a bit crazy but an interesting challenge”.

Macgregors’s gamble paid off, as you can see in the video below:

It was at the same time that Sanchez was interested in creating high quality architecture videos with motion. Sure, there’s 1080p Full HD and 4K video but quicklapse with the D800 offers 16 and 4 times more the amount of pixels, respectively.

The collaboration between the two led to a practical use of the newly developed technique, much to the joy of the photo geeks among us who might try this themselves.

Sanchez nicely summed up the purpose of the new technique:

“If one of the goals of architectural photography is to make the viewer understand the concept and mood of a building, with our new architectural motion photography technique we wanted to go one step forward to create the experience of being in the space itself”.

Quicklapse is an awesome new addition and it was implemented very nicely by Miguel de Olaso and Art Sanchez, but remember this was done with a three-year-old, discontinued, camera.

Since then we have seen the release of the D810A, and while not ideal for “regular” photography, it does not have the annoying 100-photo limitation in burst mode.

Technology-wise this is a great time to be a photographer (or at least a gear addict), but DSLR manufacturers have been taking their sweet time introducing ultra-high resolution video to their cameras.

Hopefully the hard work invested by these talented guys will help make the point that not only is high-res video wanted, but it also has practical uses in “ordinary” lines of photography.

You can see the original post, as well as more of their work, on the Sanchez & Olaso website.

PS: did you notice the hovering titles in the first video? Learn how to make them with this tutorial.

Comparing The D800 Against The Canon 5D mkIII