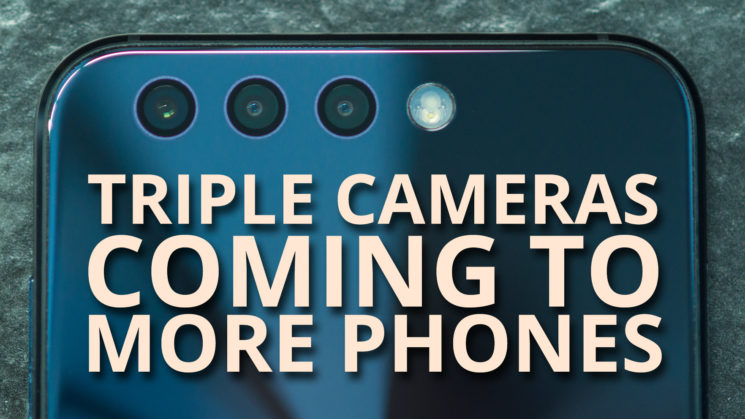 Apple isn’t set to release a triple camera phone until late next year when they update their flagship iPhone X model. Android users, however, may start to see it coming much sooner. And not just in flagships, either, but in mid-range devices. According to a leaked spec sheet posted to Suggest Phone for Qualcomm’s upcoming Snapdragon 700 series chips shows triple camera support.

Qualcomm’s Snapdragon chipsets reside in the vast majority of Android phones. They don’t all use them, though. In fact, even the ones that do use Snapdragon chips in some of their phones don’t use them in all of the models in their range.

The Snapdragon 700 series bridges the gap between their mid-range 600 series and flagship 800 series chipsets. It’s said to offer increased performance and power efficiency over the 600 series, which already performs rather well. My ASUS Zenfone 4 contains a Snapdragon 660 8 core CPU and I can’t really fault it. It’s nice and responsive and handles dual cameras just fine.

But to go up to triple cameras, as the spec sheet above suggests, requires a little more power. And according to these specs, both the new Snapdragon 710 and 730 will support 3 concurrent cameras up to 32 megapixels.

These, obviously, won’t be the first phones to come with triple cameras. The Huawei P20 Pro already has three. The P20 Pro doesn’t use a Qualcomm Snapdragon chipset, but a HiSilicon Kirin 970. HiSilicon is an in-house division of Huawei, so they can lead the way. But with these new chipsets on the way, it’ll start coming to many more devices.

Given how long ago it was that we were only introduced to dual camera phones, which then only appeared on flagships for a couple of years, it’s pretty crazy how quickly triple cameras seems to be filtering down.

Phones containing the new 710 chipset are set to be released in early 2019, and a little later for the 730.