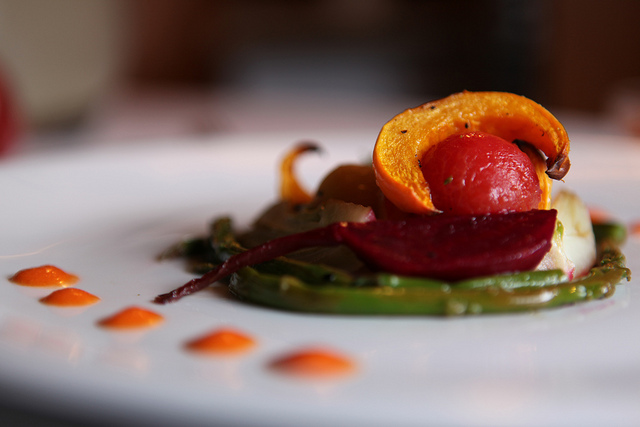 Earlier this year, we talked about how many restaurants are embracing social media as a means of free advertising. Some American restaurants even changed their menus, ingredients, and plating to cater to those Instagram loving, self proclaimed “foodies”.  In Germany, however, it seems as though some chefs are a lot less keen on the idea of their edible creations being photographed and tossed around on the internet for all to see.

According to a report on Die Welt, many chefs were claiming copyright infringement violations after seeing their food pop up on social media. TechDirt reports a law was passed in November 2013, which states:

In individual cases, shared pictures may be illegal. At worst, a copyright warning notice might come fluttering to the social media user. For carefully-arranged food in a famous restaurant, the cook is regarded as the creator of a work. Before it can be made public on Facebook & Co., permission must first be asked of the master chef.

The law is in favor of chefs, saying food photographers must first have permission from the master chef before they can be posted online. The ruling has some internet commentators in a fury, however. But, let’s be real, what doesn’t poke the bear these days. I have to say, though, I also side with the chefs here.

There certainly is an art to food presentation, and without a doubt, these chefs have put a great amount of detail and thought into the way they plate their food. (Just ask any food stylist/photographer). To me, the ruling is not unlike the way we regard photographing things such as paintings, architecture, and even other photographs for profit–you do not do it.

From an artist’s standpoint, I can also understand the desire to want to protect one’s creation. That is, having spent however much time carefully calculating precisely how their food will be arranged on a plate making sure it looks oh-so-perfect and mouthwatering, one cell phone snapshot and crappy Instagram filter later and your once wonderful creation now looks like a half-eaten pile of leftovers. And how’s that look for advertising?

I think it should also go without saying the only chefs who will be enforcing the ruling are those from very well known, starred restaurants whose waiting list is probably already a year long–not the kind of places that necessarily need Instagram to show the world how great their food is.

[ via TechDirt | Lead Image by StateOfIsrael ]