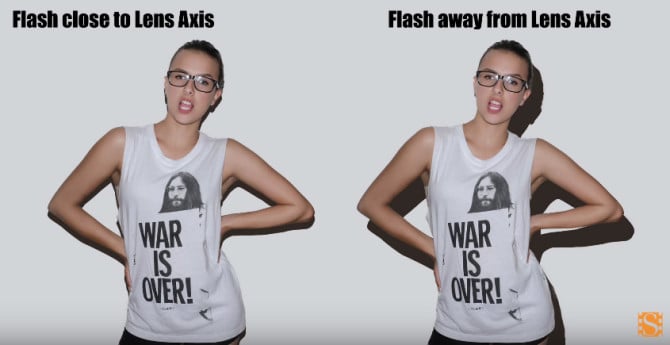 Terry Richardson is the most recognized and probably the most controversial photographer in the art world.  From stripping down naked while shooting risqué fashion work to publishing books filled with pictures of him receiving fellatio and having sex to collections of images of his feces, he’s a bit of a hotly-debated topic.  And that’s not even mentioning the numerous first-hand accounts of Richardson allegedly sexually preying on models with whom he’s worked.  But, if there’s one thing he’s got going for him, it’s his easily-recognized photographic style.  With images that have graced the pages of almost every major fashion publication, from covers to editorials to ads, he knows how to get around.

His signature style is very simple and almost jarring, often shot as high key with the model posed against a white wall, using a bare flash for harsh, direct lighting.  For those looking to replicate the “Terry Richardson Style” into your own work, the kind folks over at StyleMyPic show us how to do it with the most basic of gear.

The key to achieving “the look” (in addition to having a white wall just hanging around) is to keep your lighting as close to the lens axis as possible, which greatly impacts the shadow offset.  As is explained in the video, Terry does this with a special bracket that holds his flash next to the lens, but you can get the same effect by hand-holding the flash there yourself and triggering it with either a radio remote or a sync cord.

The gear used in the tutorial is rather basic…nothing fancy or too expensive.

While the Sigma isn’t something I could consider to be an entry-level lens (coming it at $800), I’m pretty certain the same results can be achieved with the 18-55mm “stock” lens.

The post-production process is fairly straight-forward and includes skin retouching and removal of the glare from the flash in the model’s glasses.  Again, they whole bit from start to finish is not rocket science.

For those interested in delving into the editing process without having to actually shoot your own image, StyleMyPic has offered a free download of the Photoshop source file.

With a smidge of time and some basic equipment, you, too, can shoot images like a pro.  (Yippie! ::commence happy dance::)

No studio? No problem – Here’s how to take fashion portraits in your backyard shed

11 essential tips to master night photography like a pro

« Photographing Food Can Be Considered Copyright Infringement In Germany (And, Why I Agree)
Quick And Easy Photography Hacks You Can Try For Free (Or Close To It) »