Me and some friends were practicing our photography with cars and wanted to shoot his Porsche. We were only shooting the car inside his garage and didn’t have a studio that can fit a whole car so we did what we could. We tried shooting the Porsche with studio strobes and a couple of speedlights but we also wanted to do something different.

Long time ago, when I started playing around with light painting, I light-painted my guitar using a piece of flashlight. I thought it would be really cool if I used the same technique only using a really big subject (say, a Porsche) and a really big light source. The results are spectacular, and this is definitely something you can try at your own garage. 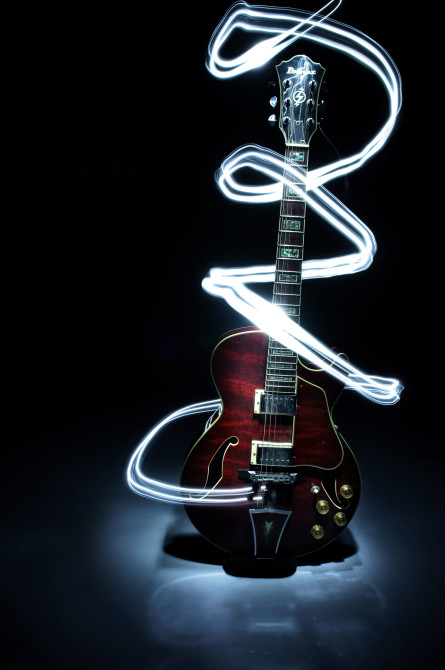 The inspiration for this shot. Light painting a guitar.

This is how we did it

There were three of us shooting so for our tripods we just placed our cameras in chairs. We turned off all the ambient light that we could in the garage so that it wouldn’t expose our shot and the person that would light paint the car.

We first tried light painting the Porsche using only a small LED video light. It was hmmm, OK… , but we were getting small and annoying highlights on the car becasue the light source was not big enough. We needed a much bigger light source, so that it would be easier to paint the entire car and get bigger reflections from our light source. 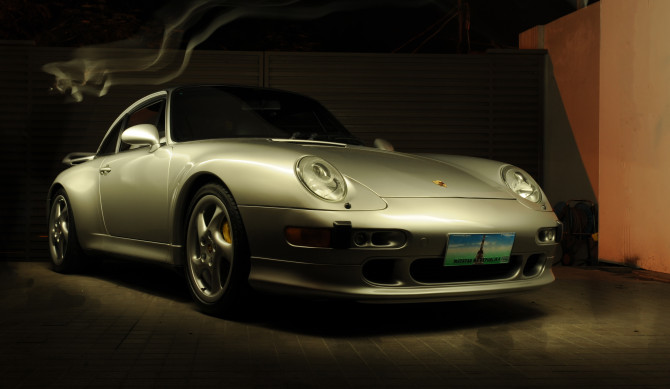 In comes the softbox

What we did was adding another LED video light, just for the sake of getting more power and placed them both inside a 60x90cm softbox. We couldn’t mount the video lights inside the softbox so we just held them in our hands.

The results was this. 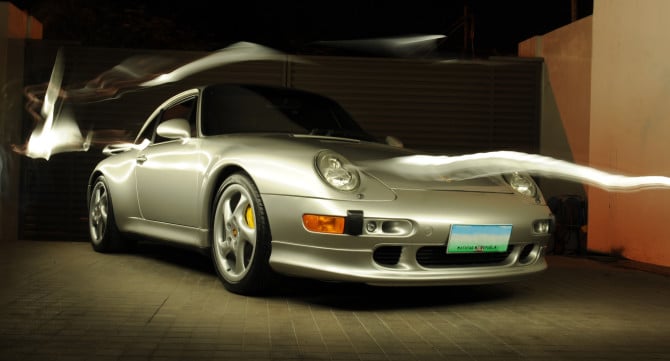 There was light coming out of the back of the softbox and from the side causing some light streaks at the front of the car. 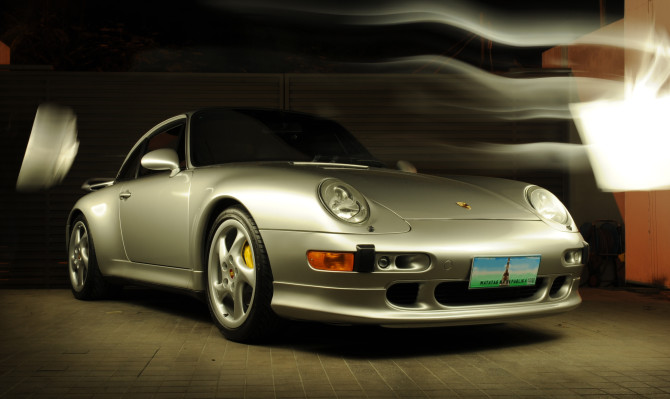 Still getting spill from the side and back of the softbox

This is how it looked like in real time

As you can see, there were lights coming out of the back and the sides of the softbox, which left visible trails in the photo. We got some black cloth and tape and closed the holes to avoid any spills our shots.

First we tried light painting only in front of the car, which was mmm…. ok, but not perfect. 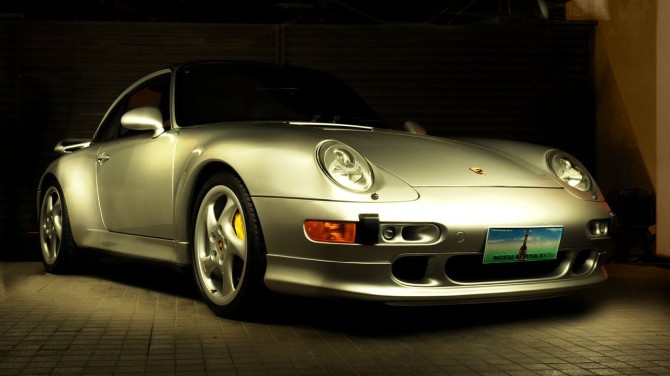 Then, for the final shot, we light painted the whole 360 degrees of the car. To Finish it off, we made a short run behind the car while pointing the softbox straight at our camera to get a nice trail of light going on (we did this on a smaller scale here) 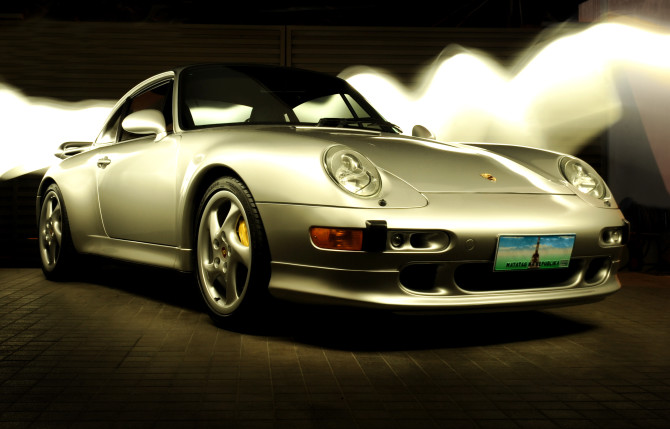 The only post processing that was done is level adjusted in Photoshop and deleting the plate number. 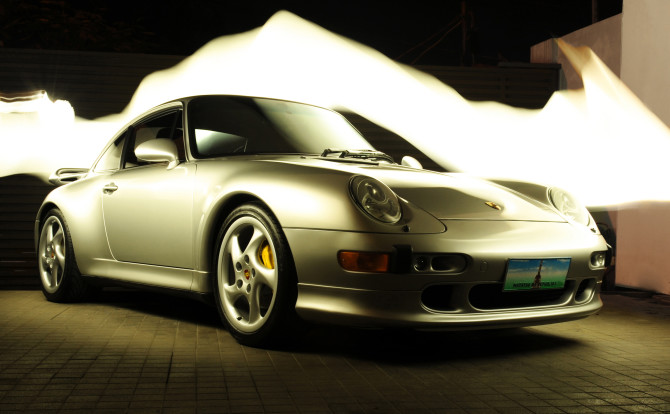 See if you can spot the painter in the picture.