Last Friday, I had the opportunity to attend the Need Light? Speedlite! Tour in Toronto, Canada.

The Need Light? Speedlite! Tour is presented by MZed – Education for Creatives and is traveling to 32 cities across the United States between now and the end of May (with one more stop in Canada in Vancouver) – click here for dates.

The tour is a full day workshop ($99) that focuses on portrait lighting with speedlites with instructors Stephen Eastwood and Bob Davis.  At the end of the day, participants have the opportunity to apply the techniques they have learned to photograph live models with their own cameras.

There is also an evening hands on master class ($279 with the daytime workshop) that includes hands on instruction from Stephen and Bob.

To find out more – hit the jump. 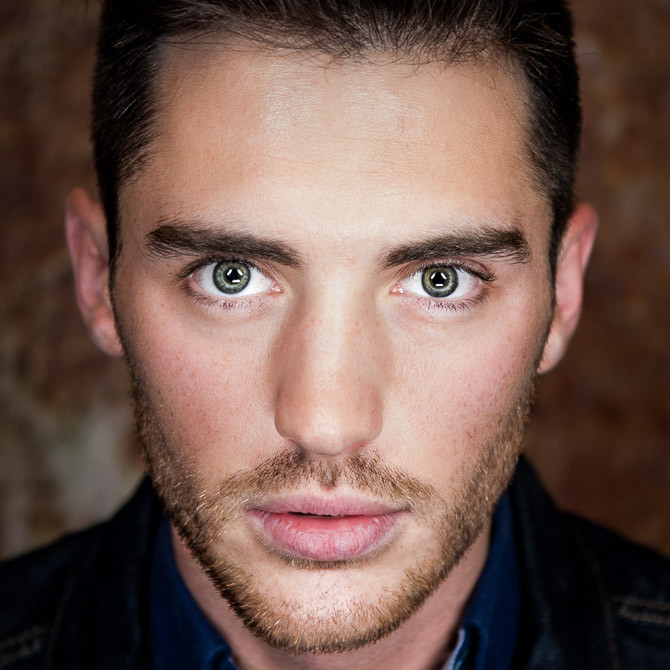 Who Is This Workshop For

This workshop is for photographers that want to really learn how to manipulate light by using speedlites and bring their photography to the next level.

Its not for beginners, that’s for sure – but don’t let that scare you.

To really benefit from the lighting concepts that will be covered, I think participants should be comfortable with the basics of operating their camera and creating photographs with off camera flash before attending the workshop.

It’s not if something fails, but when it fails, what am I going to do?  If I understand how something works, I can anticipate problems and challenges and I don’t freak out.

The class moves very quickly and skips over the basics (like what is a speedlite and why you don’t put it on your camera), which is fantastic for photographers with a basic level of off-camera strobe experience, but would likely be way over the head of novices.

The workshop is sponsored by Canon, Westcott and Rogue (along with DIY Photography and Light-Blaster among others), so it is rather Canon centric and focuses on the use of Westcott and Rogue light modifiers, but the techniques presented are universal. 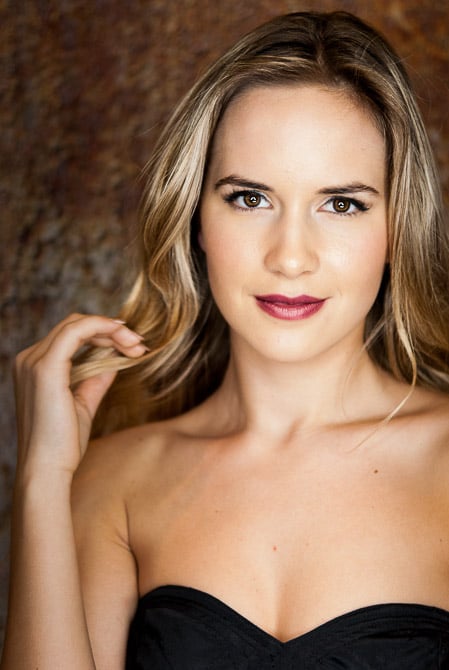 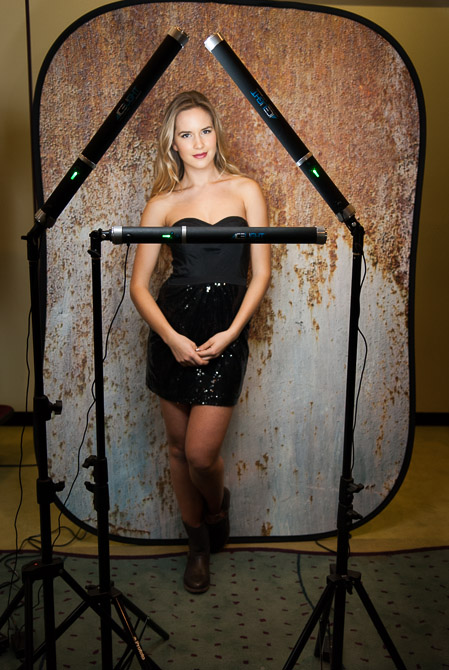 You can tell that Stephen and Bob really know their stuff, and you get an intimate behind the scenes look into what exactly goes into producing professional, top quality photographs with small off camera flash.

I also really enjoyed their frank and open style – they were not afraid to offer opinions on technique and gear that works for them and what doesn’t, which I personally found very informative.

Come back with a good photograph, or don’t come back at all.  We don’t publish excuses.

I love seeing how other pro photographers shape and manipulate light to suit their style, so seeing Stephen and Bob go through the light modifiers they use, why they use them and when was of particular interest to me.

I also learned a few techniques that I am definitely going to apply to my own photography, such as faking sun flare photos with speedlites, the difference between rim lighting and back lighting, and details on manipulating color with gels and white balance.

If you are an available light photographer, my photos will sing and yours will not.

It was also really cool to be able to photograph live models and actually apply what was just covered in the workshop! 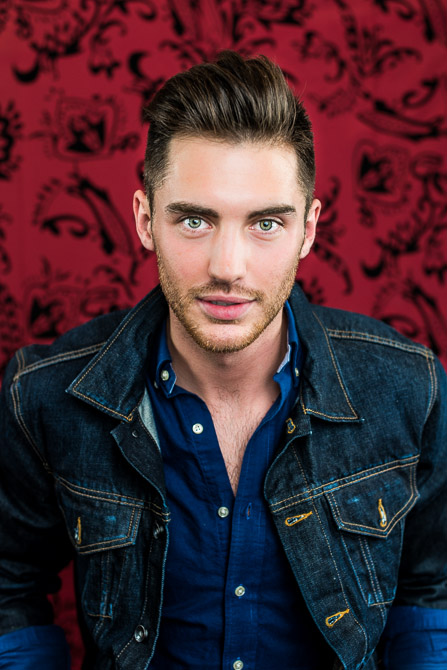 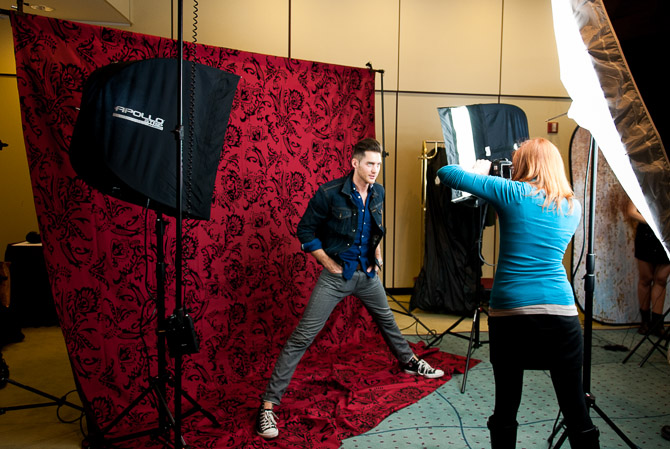 What Could Be Improved

Toronto was only the third stop on the tour, and things were a little disorganized – but I am sure they will have those kinks worked out very quickly.

There were also a lot of examples covered fairly quickly – which was great if you are already using off camera flash at a relatively high level (and I’m really glad that they didn’t waste time with beginner stuff), but I think that it might have been more beneficial, especially those just starting out with speedlites to have a more in depth discussion about a few key setups, rather than a brief discussion on multiple photos.

Finally, the workshop is sponsored by Canon and clearly designed to plug Canon’s 600EX-RT speedlites and ST-E3-RT speedlite trigger with built in eTTL II radio triggering system.  Which is fine – it is an amazing system, and somebody’s got to pay the bills – but it would have been nice if the information presented wasn’t quite so reliant on eTTL (or maybe I’m just an old grumpy manual photographer).

I’m not loyal to any one camera brand, I shoot both Canon and Nikon on a regular basis (sometimes together on the same shoot – gasp!), but during the live model shoot, I couldn’t photograph two of the setups because I had Nikon bodies with me (along with at least half of the class).

A Pocket Wizard or Radio Popper trigger in manual and manual lights (or even just a sync cable and optical triggers) would easily solve the eTTL problem (ya, I’m definitely just an old, grumpy manual photographer, because I think of eTTL as a problem), but as it was, Nikon users could only photograph the models with hot light setups.

(Personally, I find it kind of weird photographing models in someone else’s setup anyway – it reminds me of taking photos of exotic animals at the zoo – but it was still very useful to see the lighting techniques discussed in practice). 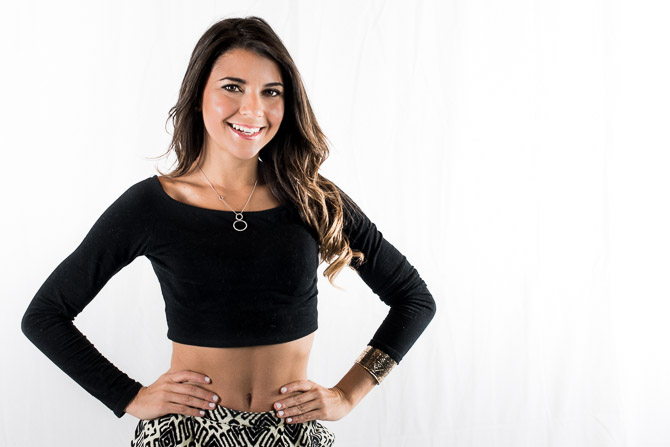 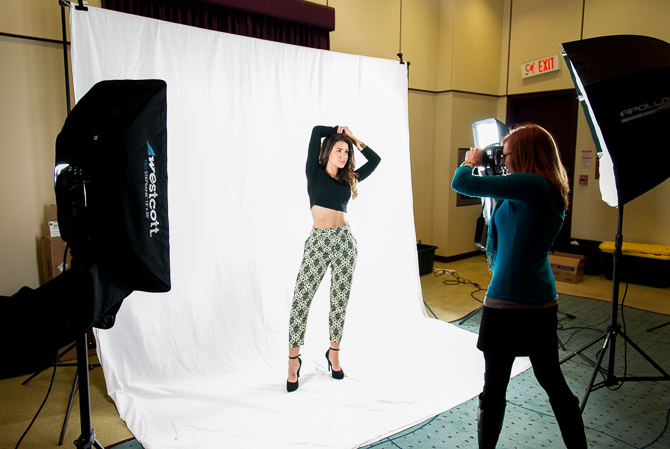 During a break in the action, I was able to have a quick question and answer session with Need Light? Speedlite! instructor Stephen Eastwood.

Stephen explained why he thinks lighting is relevant to today’s photographers, and the key messages participants will take away from the Need Light? Speedlite! tour.

Q: Why is learning lighting relevant to photographers today?

A: We are bombarded by high quality professionally produced images everywhere: ads, movies, magazines – all have quality lighting.  They are at a different level.  As soon as they (photographers starting out today) start looking at other peoples photos and compare them to their own, they realize that learning lighting is relevant to them.

Q:  Why is getting it right in camera important?

A: You can’t show a client a photo and say “this will look great when its fixed.”  Your job is to use your camera and your lighting to get it as close as possible, so you can show clients a photo that looks good out of camera.  Its part of your workflow.  Getting your lighting right in camera also leads to learning to get other things right in camera too, like backgrounds and composition.

Its all about making things easier for your client.

Q:  What is the most common lighting mistake you see?

Understanding that you have to take your flash off your camera, but not learning to modify it appropriately.

Seeing light and learning how to control light with light modifiers is the next step that we are trying to teach in this workshop.

Q:  Why is it important to learn to see light?

Learning to see light is the only thing!

Q:  What is your take home message for photographers that participate in this workshop?

Learn to think for yourself to create the photos you want.

To find out more and to see is the Need Light? Speedlite! Tour is coming to a city near you – click here.

Gorgeous Soft Light With One Speedlite

MagMod is giving any Speedlite up to 3 stops of power!

« With Photography Comes Responsibility: Why Recent Paparazzi Activities Are Dangerous for Photographers and Their Rights
How To Shoot a Porsche With Minimal Gear »