In this tutorial Andrea Cosentino shares his technique for getting a very distinct soft light look using a wall and one strobe. This is Andrea’s submission for our How I Took It Contest, there are some awesome submissions so far, we’ll keep sharing them, you keep ’em coming. 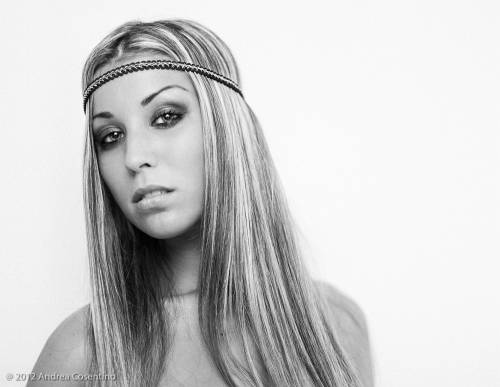 I love placing my subjects in front of white backgrounds and focus on them to make photographs worth looking at.

I knew I wanted a classic, ‘a la’ Zack Arias look but with a hint of a nostalgic feeling that people like Ryan Muirhead are able to get in their pictures. And I wanted to keep it as simple as possible.

Prior to that session I’d had a few experiences where I would light my subject with way too many lights. That is, 3 lights… Yes, if you’re in your 2nd year of a self taught photography apprenticeship as I am they will probably be too many for you to manage. By doing this you focus on getting them lights right more than you focus on interacting with your subject.

Luckily enough I learn from my mistakes.

Joel Grimes states that the bigger the light source in relationship to your subject, the softer the light. This is, in fact, 100% exact.So, how in the name of Jabba the Hut could I, a man who’s already dead and by no means possesses of any of the giganormous and extremely fancy modifiers Mr. Grimes proudly owns, achieve a soft, almost window-like diffused quality of light?

Then, in a hot afternoon of mid august an idea struck me like a summer rainstorm in my at times too sunny but many times too hazy brain: bounce a freakin’ Speedlight off the wall. And well, let’s be honest here, even a borderline simpleton (no offense meant) could think of something that hilariously difficult. Still, it is amazing how great that thing turned out. You’ll see.

Besides, I never stumbles upon a single tutorial –And I’ve read and seen hundreds of them on the ‘Interwebs’– that would cover this overly simple technique in the way I was about to use it.

After a couple of tries I decided to go for it for this shooting session.

Here’s what I used: 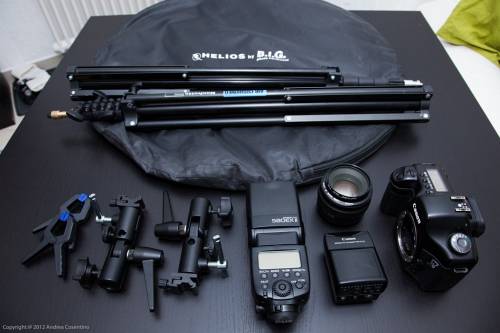 Did I forget something? …

And here’s how I used it all: 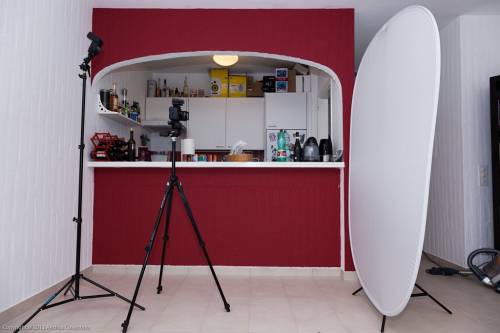 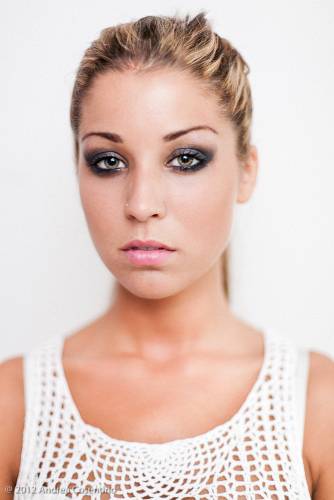 I don’t know what you think of that but I’m proudly happy with what came out.

These were the camera settings: ISO 160 –I found out recently that apparently the native 5D’s ISO is 160, hence it shoud give less noise–, 1/160 shutter speed, aperture of f/1.4. I went for f/1.4 to have that soft, dreamy look. The 5D struggles big time with the focus at these apertures but if you nail it, it will reward you with bokehliciousness galore.

The speedlite was zoomed out at 14mm to help that creamy light and spread good across the room, and set at about 1/16 power (1/3 of a stop less or more) because of the large aperture I chose to choose. Clever, ain’t it.

I exposed to the right in order to keep the file as noise-free as possible and to achieve that hi-key look.

Of course I put some post processing into it and I did that using Lightroom. Beside some skin retouching I applied lens correction to get rid of the at times nasty vignette that occur when you shoot the Canon 50mm f/1.4 wide open, some tone and contrast enhancing. Some fine grain was then added to get that film-like look. Oh, slight sharpening was applied as well. It took me about 5 minutes overall.

By the way I purchased the SLR Lounge Preset System for Lightroom 4 and I must say those guys did a pretty darn good job with that package. It allows you to tweak your images faster and better than by just using the LR sliders. It has improved my workflow a lot. Highly recommended!

See,  you don’t need extremely fancy equipment to make great photographs. Of course tools can make photographers’ life easier. And the more expensive the tool the easier the job. Or at least it should… Anyway it’s primarily up to you, your skills and your imagination. We as photographers are problem solvers as well as artists.

Gear-wise speaking for instance, try to replace the diffuse panel/wall thing going on here with a small room or even an hallway with close opposite walls. Try and use a cheap sync cord instead of that fancy ST-E2 Transmitter. Or again, try and have the speedlite mounted on camera and bounce it off the wall the same way I did. See, the possibilities are limitless. Just use your brain.

As a matter of fact, all of that is great but keep in mind that taking photographs of people is all about the interaction between you and your subject. Learn how to get the most out of the person in front of your lens. If you have a basic setup like the one above, once you nailed the exposure then you are good to go. That way you can focus on your beloved subject.

And of course, don’t forget that in the end this is all about having fun.

I’d like to thank both Chiara Monn, who was patient enough to model for me and the make-up artist, Nathalie Babis, for the great job done. You girls are amazing! ;)

Here are some other pictures from the photoshoot: 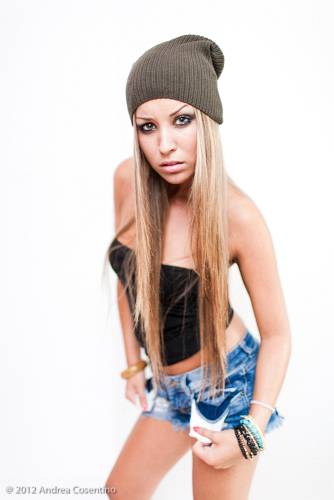 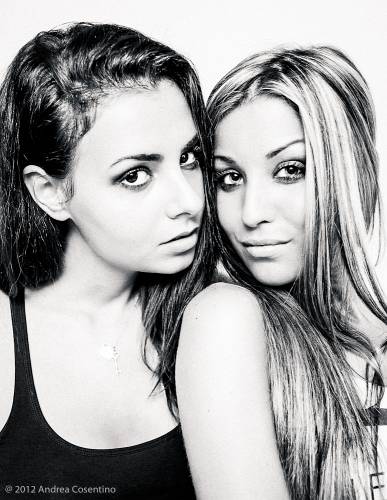 So, this is it guys.

Go out or stay in, that’s your choice, but have fun with it!

MagMod is giving any Speedlite up to 3 stops of power!