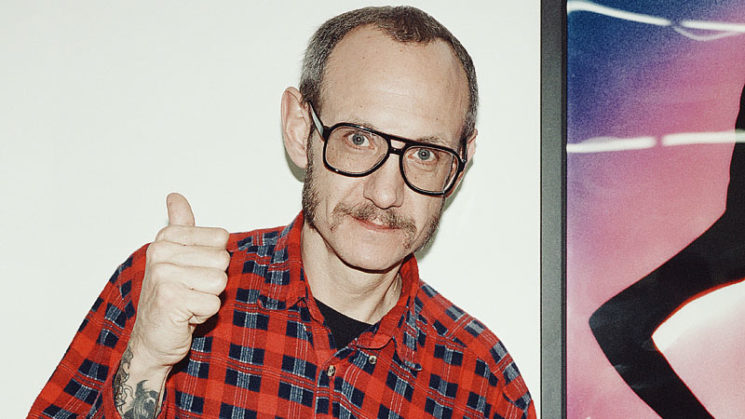 This is news that’s going to make a great deal of people pretty happy. The Telegraph reports that controversial fashion photographer Terry Richardson has been banned from working with Vogue and other leading magazines. They say an email circulating the company this week announced that the company is no longer working with him.

They go on to instruct staff that commissioned or already completed, but unpublished work from Richardson should be “killed or substituted with other material”. Given the controversy surrounding his career, many have wondered how he’s kept working with the biggest brands and names in the world. Now, in the wake of the Weinstein controversy, that seems to be coming to an end.

The Telegraph say that Richardson’s contract with Condé Nast International had been under dispute for some time already. Over the weekend, an article in The Times asked why Richard was still being “feted by fashionistas”. Well, it looks like the fashionistas took note.

I am writing to you on an important matter. Condé Nast would like to no longer work with the photographer Terry Richardson.

Please could you confirm that this policy will be actioned in your market effective immediately. Thank you for your support in this matter.

Richardson has been mired with sexual misconduct allegations for years. He’s denied the accusations throughout his career, as one would expect. But you can only hear it from so many people before you have to believe that at least some of it, if not all of it, maybe true.

In March 2014 (and not “Friday”, as the Telegraph reports) Richardson posted a letter on the Huffington Post blog. This was in response to accusations of sexual misconduct made at the time. It was posted to “correct” the rumours surrounding him, his career and these allegations.

I collaborated with consenting adult women who were fully aware of the nature of the work, and as is typical with any project, everyone signed releases. I have never used an offer of work or a threat of rebuke to coerce someone into something that they did not want to do.

I give everyone that I work with enough respect to view them as having ownership of their free will and making their decisions accordingly, and as such, it has been difficult to see myself as a target of revisionist history.

He then goes on to blame the “fake news”.

Sadly, in the on-going quest for controversy-generated page views, sloppy journalism fueled by sensationalized, malicious, and manipulative recountings of this work has given rise to angry Internet crusades. Well-intentioned or not, they are based on lies.

Well, one thing that’s not a lie, according to the Telegraph, is that Richardson has been blacklisted from Condé Nast. And given some of the high profile brands in their portfolio, that will be quite a big chunk of Richardson’s career going bye bye. If not all of it. I can’t imagine too many others will work with him now, having been dumped so publicly by such a high profile brand.

i-D’s magazine editor, Caryn Franklyn has said that Richardson’s behaviour had become an “open secret” in the modelling industry. Given the number of articles and accusations about him over the years, it seems it’s been an “open secret” for quite a while.

The Weinstein controversy has opened up the gates for people to come forward about sexual misconduct in many areas of the entertainment industry. Former model, Cameron Russel, has also been using her Instagram account to share anonymous stories of harassment recently. She is also urging people to post their own experiences using the hashtag, #MyJobShouldNotIncludeAbuse.

Hopefully, now, more of these predators will finally get what’s coming to them, and their victims can get some kind of justice and closure.

Personally, in the case of Richardson, I’m not sure blacklisting him goes far enough. It’s definitely a good start, though. While I’ve no doubt his chances of being hired in the future, by anybody are slim-to-none, he’s already made enough money that it doesn’t matter. He’s just being forced to retire early.