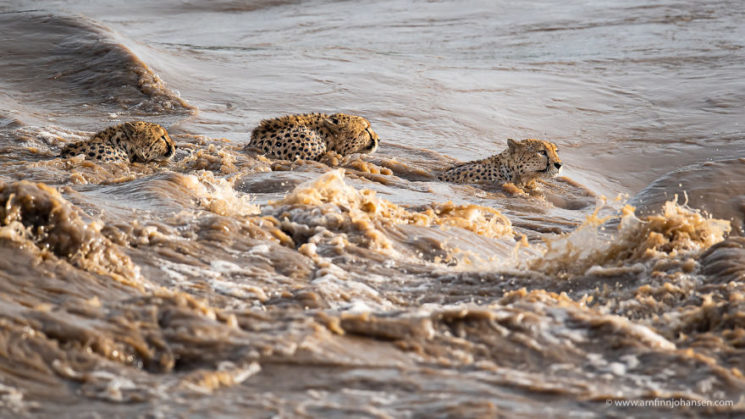 Arnfinn Johansen is a Norwegian nature photographer whose wildlife images have earned him international awards and recognition. When he and his group were exploring the Maasai Mara National Reserve in Kenya they discovered a cheetah family along the river banks. It consisted of five brothers.

The cheetahs seemed determined to cross the river which at this time of the year carried a lot of water. The current was strong.

Arnfinn Johansen says he had been following the five cheetahs for a long time. He further explains:

They hunt on both sides of the Talek River, so it’s no wonder they wanted to cross it. Normally, they would cross the river by walking on stones but this year, it had been raining for a long time and because of the flooding, it was very difficult for them to do so. They were walking up and down the river for quite a while, searching for a place to get to the other side. Because of the strong current, it was really dangerous. Also, that river is home to the Nile Crocodile for whom a cheetah can be an easy meal.

The leader of the five took the command and jumped first into the river. Hesitantly, the other four followed suit. When in the water they swam as fast as they could knowing that danger lurked in the water.

Arnfinn informs, “Not long ago, another well-known cheetah drowned or got killed by the crocs when it was crossing the same river so it really was a big risk.”

He further tells that first cheetah hissed at the water when it was safe on the other bank. 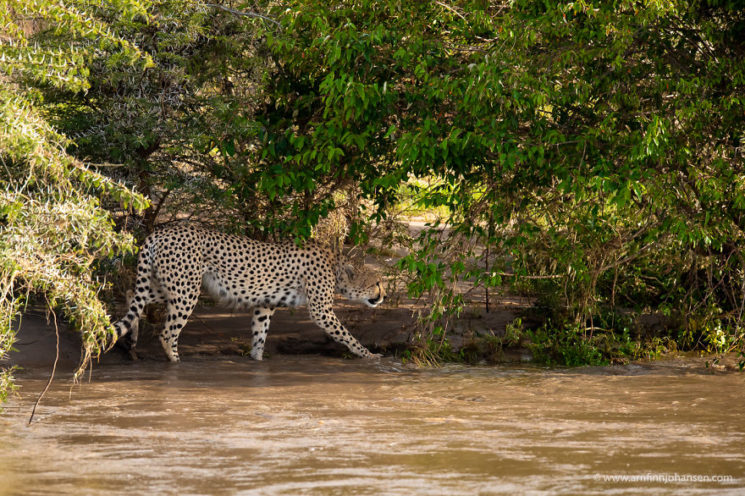 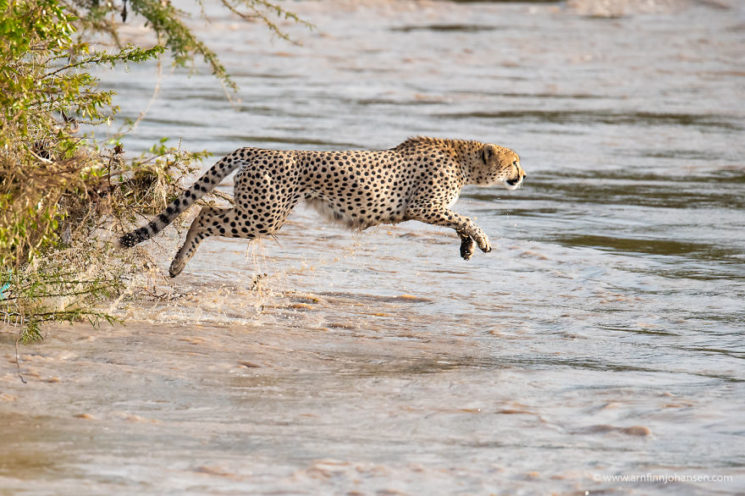 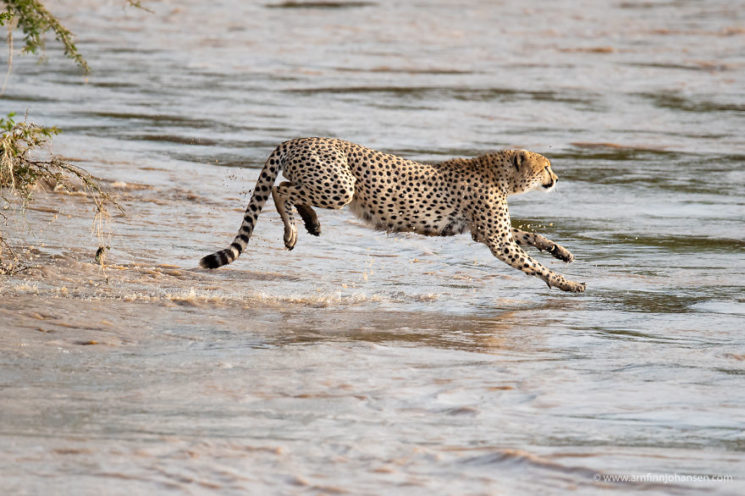 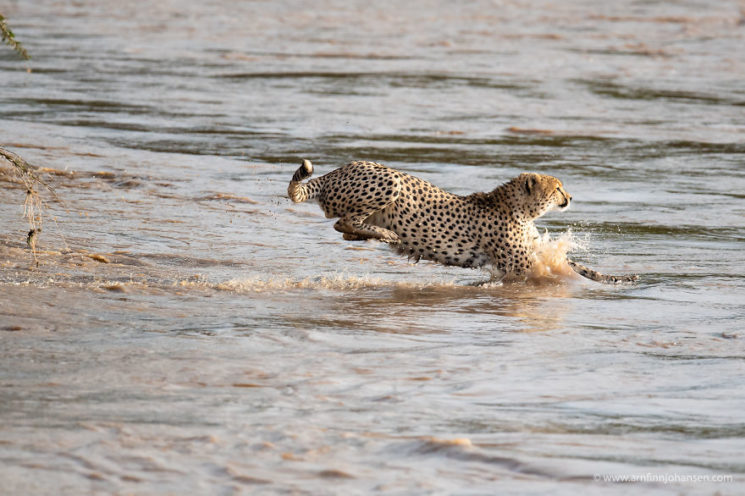 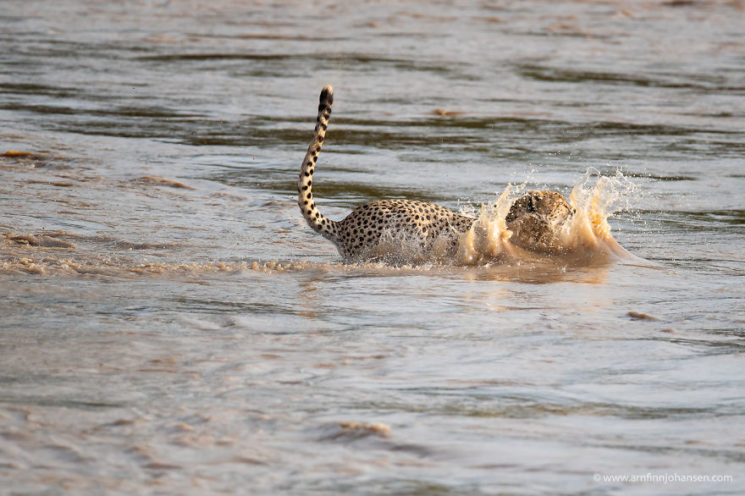 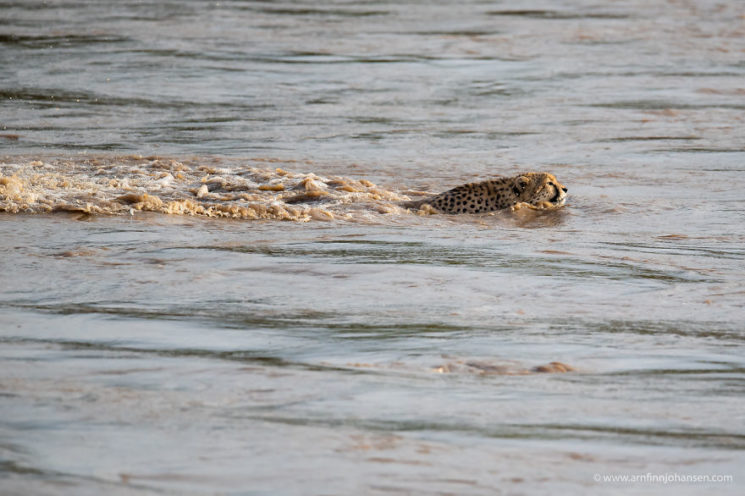 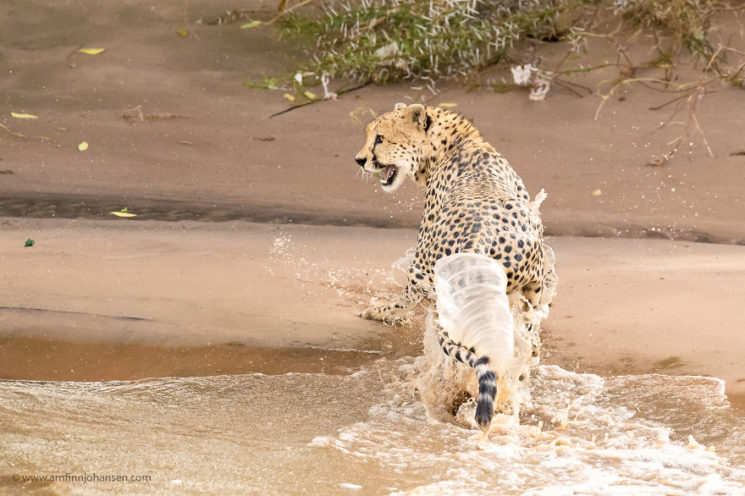 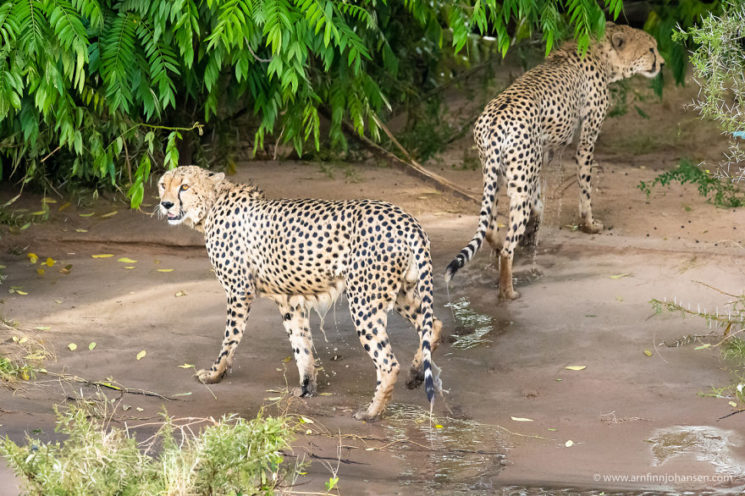