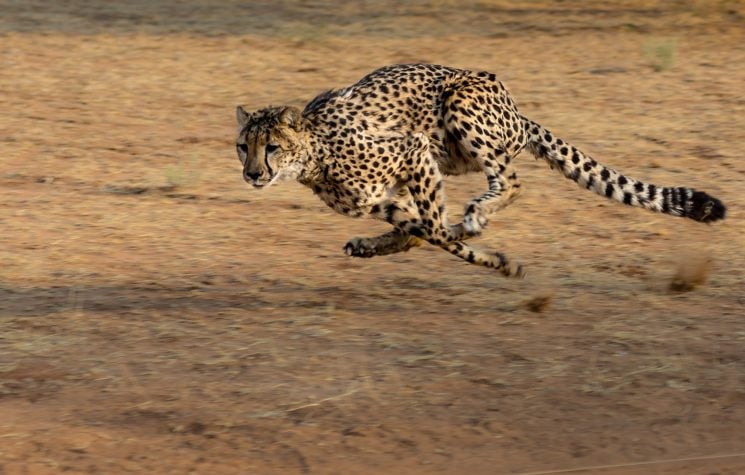 How stupid people can act just to get photos probably shouldn’t surprise me anymore, but it still does. A French family recently visited Beekse Bergen safari park in the Netherlands, where they got out of the car to take photos of cheetahs. And the big cats acted naturally: they started chasing the family because they were invading their territory.

A person who was in a car behind the French family filmed the entire incident. As you can see in the video, the family pulled up near the place where a few cheetahs were resting. They got out of the car to take photos, and at some point, the predators chased them.

The man was running in front of the woman, she picked up the child and started running towards the car as well. The animals got dangerously close to the woman and the child, and she even tried to shoo them away with her hand. Eventually, the family got to the car safely and as Global News reports, no one was hurt.

The Dutch Broadcast Foundation (NOS) writes that no one was aware that people made “a kind of beach walk” in the place where the cheetahs rest. Park manager Niels de Wildt explains that the animals are on a food schedule so they are neither extremely hungry nor in hunt. However, they react when someone invades their territory, and this is what happened here. Nevertheless, de Wildt points out that the family was incredibly lucky that no one got injured. If I may add, they definitely had more luck than brains.

As I mentioned, the recklessness (or should I say stupidity) still manage to surprise me. But in this case, there are also two things that make me furious. First, the man and the woman put the child in danger just because they wanted to take photos of the cheetahs, which they could have done from the car. And second, when the animals chased them, this guy was the first to run, not even trying to protect his family. He got to the car and closed himself inside. Dude, really?!

Fortunately, no one was hurt in this incident, neither animals nor humans. NOS writes that there are signs in the safari park, warning the visitors of the risks. They are written in several languages, including French. Despite the latest incident, the park management reportedly doesn’t plan to place the additional French-language signs. After all, if you ask me, no signs in the world could stop some people from acting irresponsibly and stupidly.