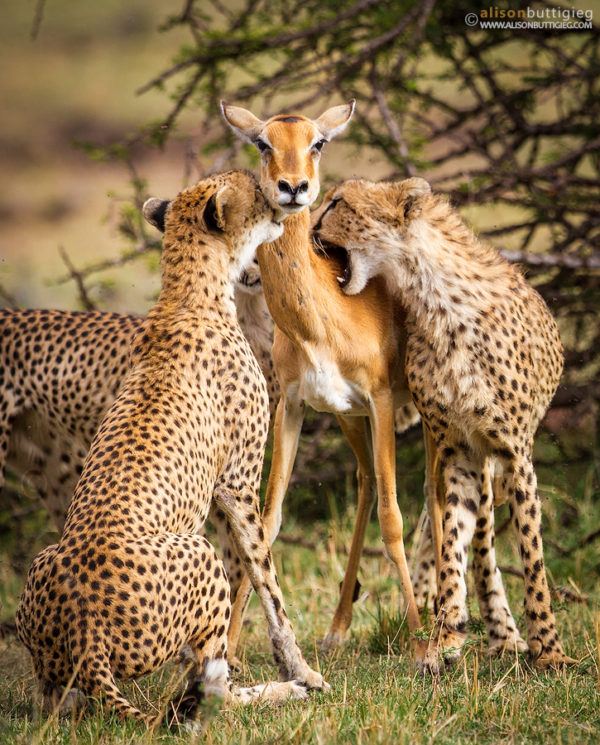 Has your Facebook feed been flooded with the photo of impala a few seconds from death by hungry cheetahs? Allegedly, she sacrificed herself to save her younglings from the hungry beasts, and the photo shows his final glare as her young ones escape. Well, this touching story of “motherly sacrifice” turns out to be totally fake. Alison Buttigieg herself, who took the photo, shared the true story behind it. And it has nothing to do with the mother impala offering herself to cheetahs so her cubs can survive.

In 2013, Alison witnessed this scene in Massai Mara, Kenya. The only youngsters in this situation were cheetahs. And they turned out to be totally harmless. Mother cheetah tried to teach them how to kill prey, but they behaved like house kittens: they played with the impala instead of killing it. Poor impala was paralyzed with fear, and this is why it remained calm and seemed like it was posing. In the end, as nature dictates, the cheetah mother slew the impala for her and the cubs to have a meal. 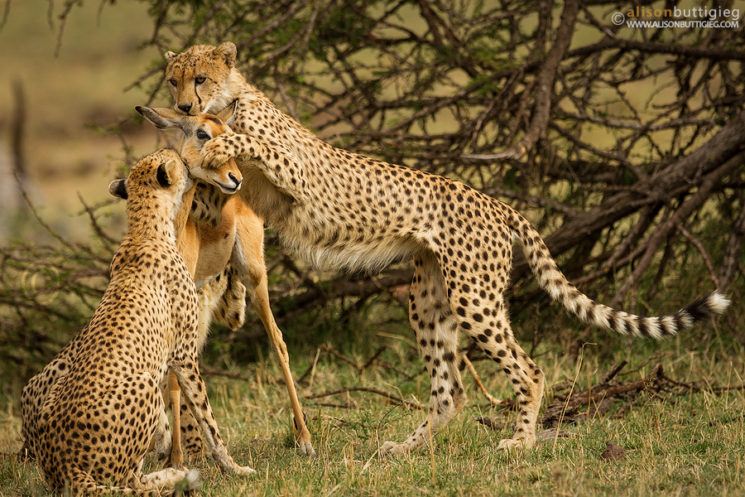 So, no impala youngsters, no sad motherly look as they run to safety, no three angry cheetahs ripping her apart. The whole context was completely made up, and I have no idea who started it. I just know that the fake story about this photo was all over the Internet. Some even said that the photographer fell into depression after taking it, to make it sound more dramatic.

Just like my Facebook feed was flooded with this brilliant photo with the fake story, Alison’s Inbox was flooded with something else. She began getting hundreds of emails and messages from people asking if she was the “depressed photographer”. She’s even been tagged in LinkedIn with the fake story, which is not really helpful for her career. Alison referred to the whole event as being “sensationalism at its best – complete fiction so that people get more likes on their page”. 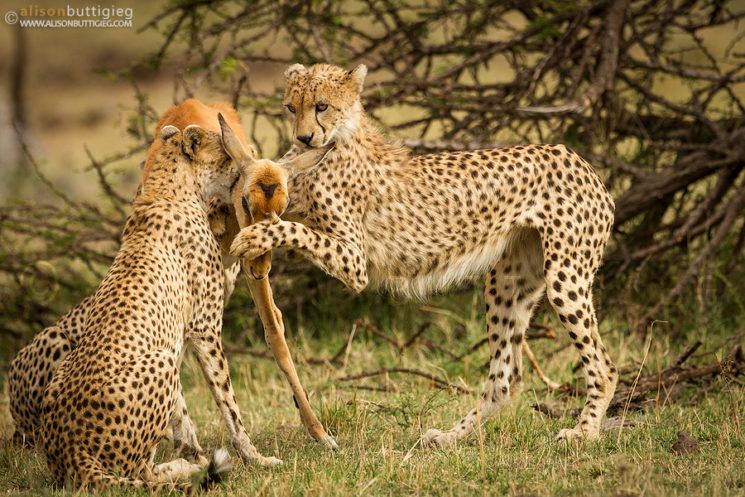 I have to agree with Alison – who comes up with stories like that? It’s especially ridiculous to imply that she fell into depression after taking the photo. If she does get depressed, it will be from tons of ridiculous comments and emails she must be receiving these days.

There’s a full story about the photo on her website, along with the rest of the photos from the series. It’s worth taking a look for two main reasons. First, you’ll get the complete picture and the true context behind the photo. And second, the photos are truly beautiful and worth looking.

Did you fall for this story, or you thought it was a hoax from the very beginning? Share your thoughts in the comments.