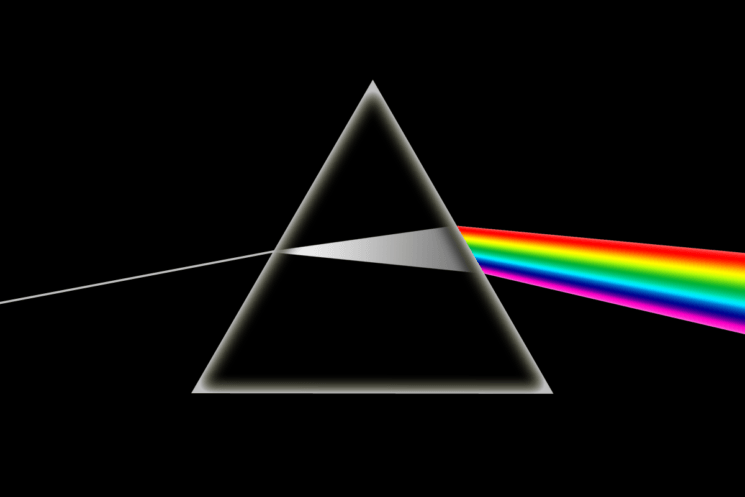 No matter if you are a fan of Pink Floyd or not, I’m sure you know the cover of their iconic album The Dark Side of the Moon. After all, as photographers, you are familiar with the phenomenon it depicts.

Young photographer Mason Maxwell turned that phenomenon into a photo that pays a tribute to one of Pink Floyd’s most famous albums. He created a surprisingly accurate replica of the cover, using sunlight, prism and cardboard. It sounds fairly simple, but it was more complicated that you would think. Mason shared some details of taking the shot with us, and it was quite a challenging process.

Everything began when Maxwell bought the album on vinyl. As he tells DIYP, seeing the cover in person was nearly surreal. It was so beautiful that he felt the need to pay it a tribute with a photo. So he bought a prism and a flashlight. But it turned out not to be a good start.

When they arrived, he tried the first approach he thought of. He lit the prism with the flashlight and filled the air with particles so the light beam would look suspended in the air. However, that failed as the flashlight wasn’t capable of doing what he wanted because of the inverse square law. He was about to give up and started putting the stuff away. But this is when he got another idea.

While putting the stuff away, he saw the beams of light shining through the bathroom window. He reset everything back up, but this time he laid the prism on its end facing up on black construction paper and pointed the camera straight at the floor above the prism. Then he grabbed two sheets of cardboard and held them in front of the sunlight, so only a small beam got through and hit the prism.

This whole setup was quite a maneuver for Mason. He was in a really tight space, contorting himself around the camera so he could hold the cardboard pieces in place. But he also needed to press the remote shutter release while holding the cardboard and trying not to move the camera. He said that having three arms would have been really convenient at that moment. As I am “one man band” most of the times for ventures like this, I can totally relate. But, with only two arms and lots of patience, he did it. He achieved exactly what he wanted, and created a replica of the cover of his favorite album. 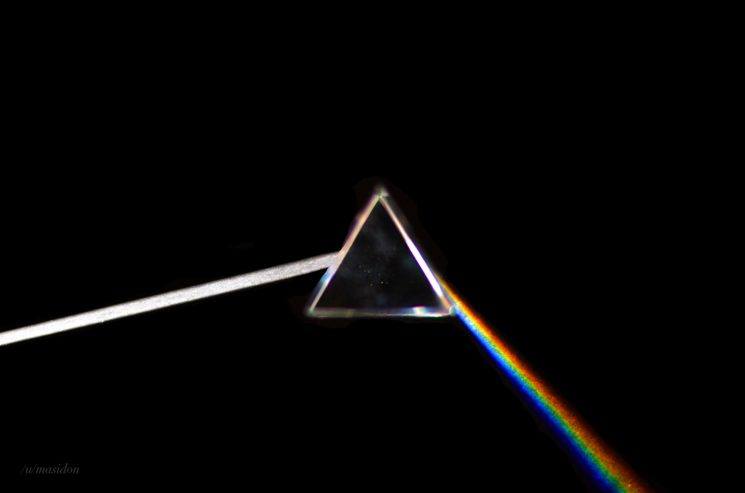 As for the gear and settings he used, it was his 4-year-old Nikon D5100 and a 50mm lens. The aperture was f/1.8 and shutter speed 1/800. Other than photographic gear, there were the prism, two sheets of cardboard, and good old Sun. And I mustn’t forget one important part of the “gear” – The Dark Side of the Moon vinyl. Of course, while the photographing process lasted, Mason was listening to this magnificent record. And so did I while writing this article.

Recently it was the 44th anniversary of this album’s release. As a huge fan of Pink Floyd, I’m glad to see that my generation and lots of younger kids still love this band. And making a photo based on one of their best albums is certainly a fantastic way to pay them a tribute. I’d like to thank Mason for sharing his work and the story with us.

Mason is a young photographer from the Philadelphia area, U.S. He’s currently on a gap year between high school and college, traveling as much as he can before school starts! Photography is just a passion of his right now,but he hopes to start earning from it in future. If you’d like to check out his other photos, give him a follow on Instagram.