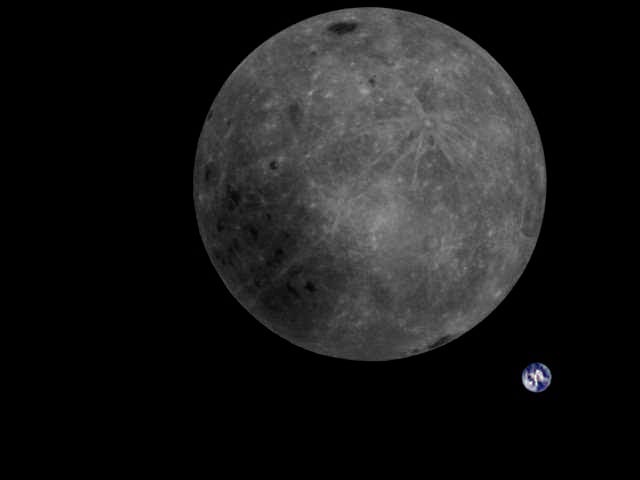 I believe we’ve all seen the famous Earthrise photo taken by the Apollo 8 crew 50 years ago. But thanks to a Chinese satellite that’s currently in lunar orbit, we get to see the Erath and the Moon from a totally different and rare perspective. On 3 February current year, the satellite captured an image of the far side of the Moon with our planet in the background.

This photo of Earth and the Lunar farside, maybe our best ever, was taken yesterday by the Chinese Lunar satellite DSLWP-B (Longjiang-2). The Dwingeloo telescope downloaded the photo from the satellite this morning. More info at https://t.co/sKt7w9mol9 pic.twitter.com/IsnyvqekTz

The photo was taken with a camera linked to an amateur radio transceiver on board the Chinese DSLWP-B/Longjiang-2 satellite. It’s currently in orbit around the Moon and it entered the orbit back in Jube 2018. The Verge explains that this probe was launched into space along with Queqiao satellite, which was critical for the recent landing of Chang’e 4 spacecraft. At the very beginning of this year, Chang’e 4 landed on the far side of the Moon and sent us the first photo from up there.

Queqiao is currently located in a stable position near the Moon. From here, it relays radio signals from Longjiang-2 and the Chang’e 4 lander back to Earth. As for the photo of the Earth and the “dark side of the Moon,” it was transmitted back to Earth and received with the Dwingeloo Telescope.

If you’re interested, you can find more information here. And I sure hope we’ll soon get to see more stunning photos from the far side of the Moon.

The dark side of modeling: what it looks like and how to stay away from it