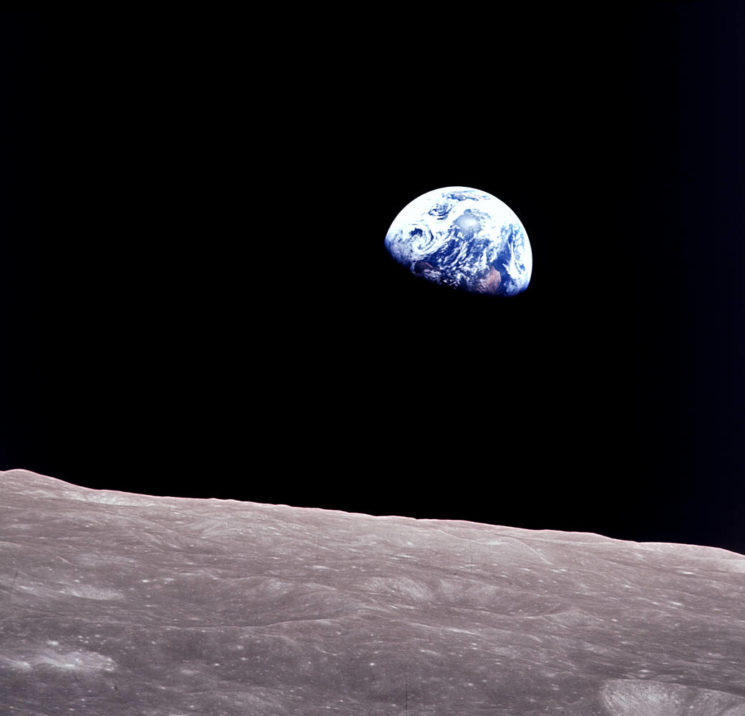 50 years ago, the crew of Apollo 8 took the iconic Earthrise photo. In this video published by Nostalghia, you can see how exactly the famous photo was taken. It contains a visualization of the entire process, with real voices of the Apollo 8 crew as the Earth appeared behind the Moon’s surface.

On 24 December 1968, the crew of Apollo 8 became the first people to leave the Earth and travel to the Moon. Frank Borman, James Lovell, and William Anders later recalled that “the most important thing they discovered was Earth.” In the visualization, you can see where the spacecraft was positioned and where the astronauts got to see the Earth. You hear them talking excitedly as the Earth appears in their sight. They were quick to grab the film and take a couple of shot with various settings. And they ended up with one of the most famous photos ever taken.

The visualization was originally published by NASA to celebrate the 45th anniversary of this space travel. In a couple of days, it will be 50 years since Borman, Lovell, and Anders headed towards the Moon. To celebrate the 50th anniversary of the space travel, NASA has recently published another video that contains footage from the Apollo 8 mission, and you can see it below.

[How the Apollo 8 Earthrise photo was taken via Reddit; image credits: Bill Anders/NASA]

« Jennifer Lopez sued for $150,000 after posting a photo of herself to Instagram
How to create a light painting set with a towel, shower curtain and some paper »