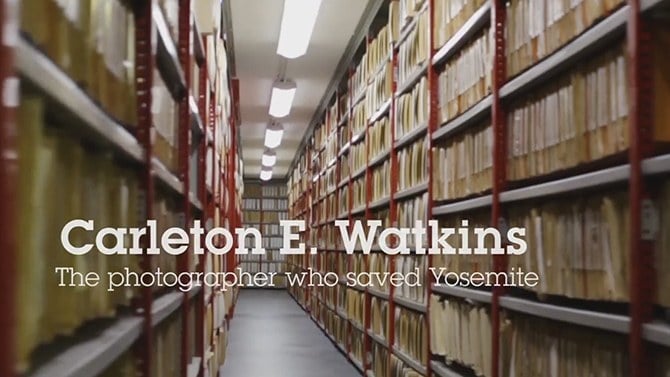 Carleton E. Watkins was born on November 11, 1829, the eldest of eight children.  At the age of 22, Watkins moved to San Franciso and discovered his love of photography.  Ten years later, Watkins made a decision that not only changed his career, but perhaps the whole future of the the American wilderness.

Traveling to Yosemite with a plate camera that shot massive 18″x22″ glass plates, and a stereoscopic camera, Watkins produced some of the first photographs of Yosemite to be seen in the Eastern USA.  Some of those photographs made their way past the eyes of Abraham Lincoln, who consequently signed the Yosemite Grant Act, regarded by many to be the birth of the National Parks system.

Having carried such a large camera, glass plates probably weighing at least as much, and with some photographs being shot from altitudes as high as 9,500 feet above sea level, Watkins made use of a horse and cart to ferry him around the area. 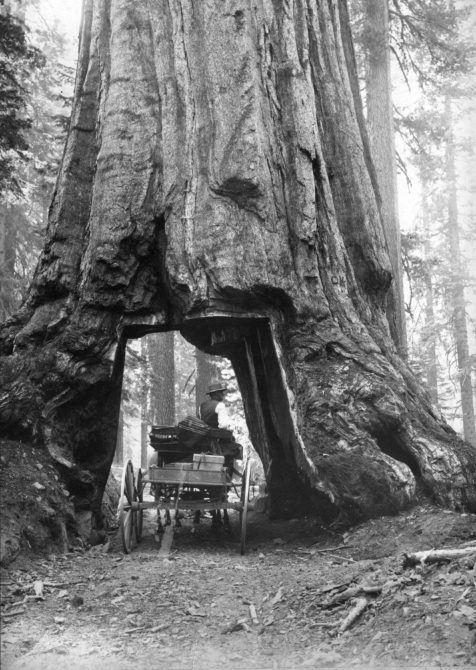 By working with such “mammoth” glass plates, Watkins was able to capture an incredible amount of detail in those scenes, that stills stands up to scrutiny today. 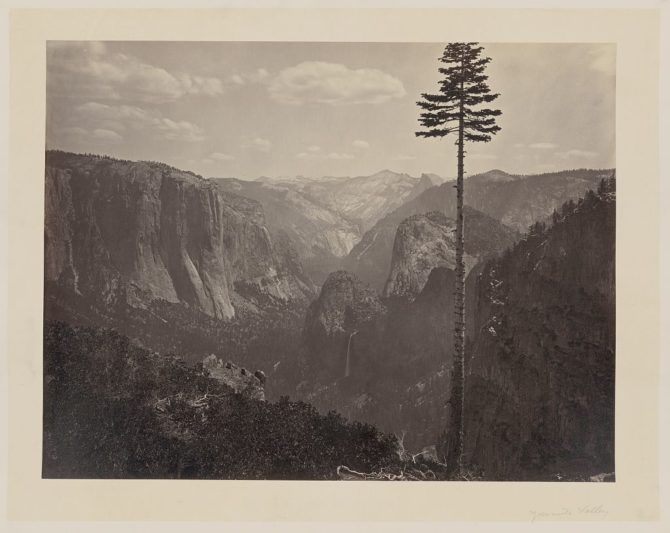 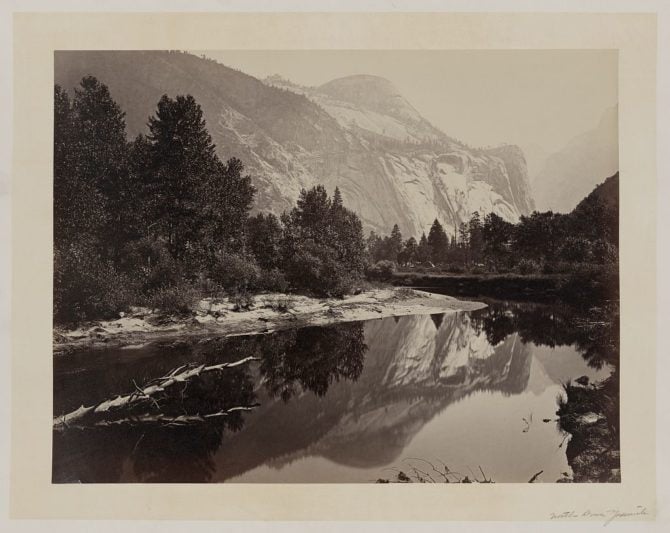 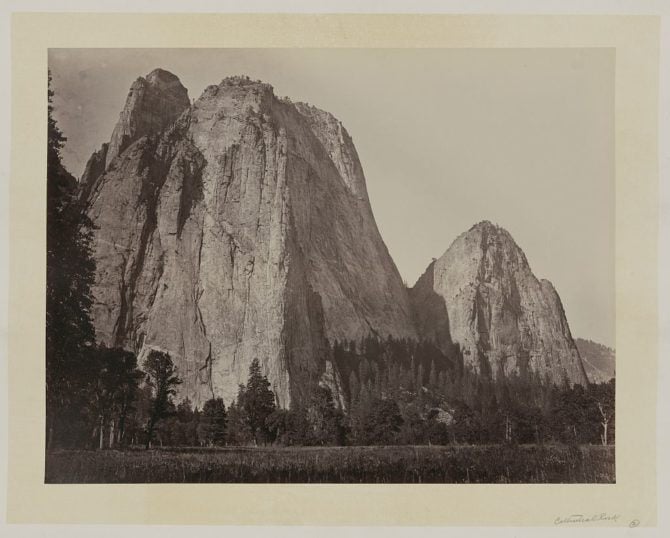 As for 3D, well, having been developed in around the same time, Watkins felt stereograms to a suitable new technology to help bring some of the grand nature and awe of Yosemite to the viewing public who might otherwise never get to have the full immersive experience. 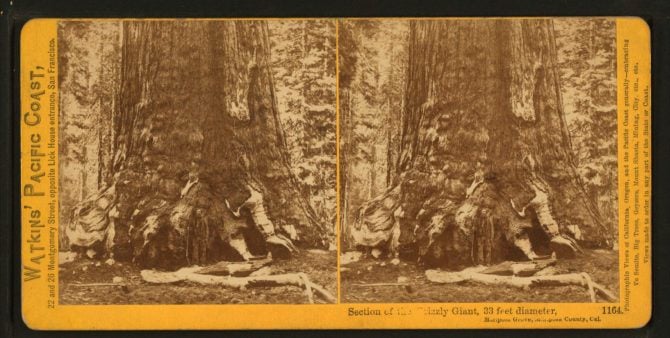 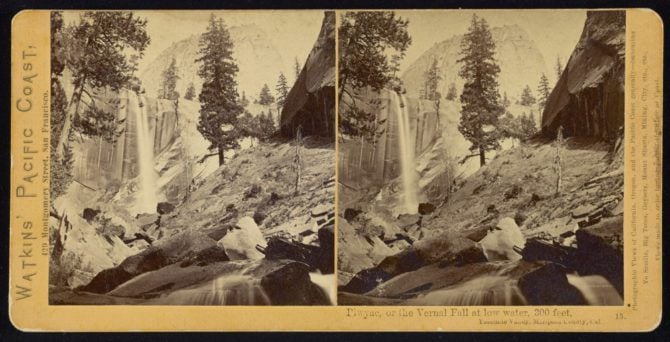 So, while we all pore over the amazing work of the Yosemite landscape photographers that followed, such as Ansel Adam’s, take a moment to think about Carleton E. Watkins’ poor horse, who had to lug around all that equipment.

« A Rapper Stole a Photo, and It’s More Complicated Than That
Stunning 4K video of the Aurora Borealis and stars shot from the International Space Station »