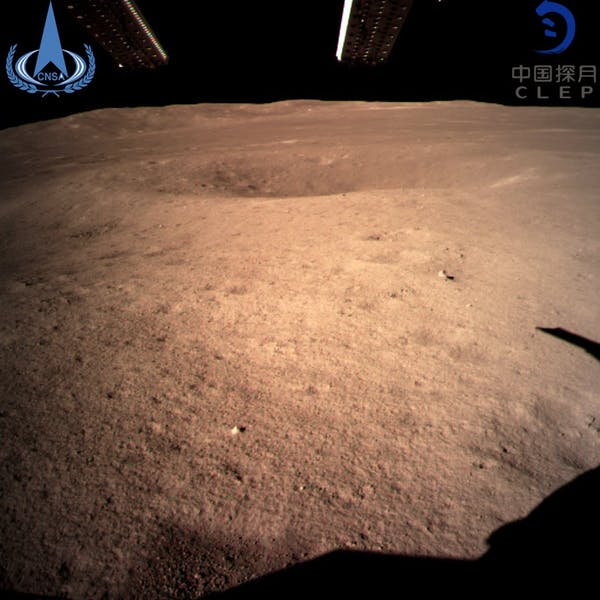 On 3 January 2019, a Chinese spacecraft Chang’e 4 became the first to land on the far side of the Moon. After the successful landing, the rover will explore the Von Kármán crater that has never been explored before. And for us back on Earth, the lander’s cameras captured the first image of the “dark side of the Moon.”

Chang’e 4’s landing on the far side of the Moon is the first in history and it’s definitely a great accomplishment. Even NASA administrator Jim Bridenstine congratulated to the team for the successful landing:

Congratulations to China’s Chang’e-4 team for what appears to be a successful landing on the far side of the Moon. This is a first for humanity and an impressive accomplishment! pic.twitter.com/JfcBVsjRC8

David Rothery of the European Space Agency explained that Chang’e 4 used a downward-looking camera and hazard-avoidance software to check for dangers before landing. He adds that the “dark side of the Moon,” as we often call it, isn’t actually dark. In fact, it sees just as much sunlight as the side of the Moon facing the Earth. However, the moon’s rotation keeps that side facing away from our home planet, so for us here it always seems dark and it has been unknown until now.

As DPReview notes, photos of Von Kármán crater and the far side of the moon have been captured before. However, they have never been photographed from the surface of the Moon. After the successful landing, the Chang’e 4 will further explore the Von Kármán crater and the “dark side of the Moon.” And according to Rothery, “China’s further steps in lunar exploration will clearly include a crewed landing, probably within five to ten years.”