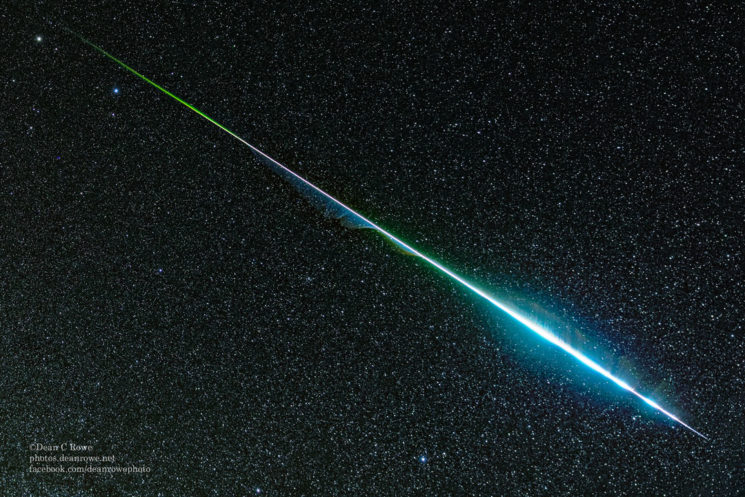 Did you know that meteors can be colorful? Our eyes can’t detect the different colors of meteors, but our cameras can. Photographer Dean Rowe managed to capture a magnificent, colorful meteor during Geminid meteor shower. He was kind enough to share with DIYP the details of his photo and tell us how he made it.

The photo was published on NASA’s website The Astronomy Picture of the Day (APOD). In the description, you can read the explanation of the curious phenomenon – the colors. Where do they come from?

Colors in meteors usually originate from ionized elements released as the meteor disintegrates, with blue-green typically originating from magnesium, calcium radiating violet, and nickel glowing green. Red, however, typically originates from energized nitrogen and oxygen in the Earth’s atmosphere.

APOD explains that the bright fireball of the meteor was gone in less than a second. However, but it left an ionization trail that remained visible for several minutes. In Dean’s photo, you can the start of this trail.

[via The Astronomy Picture of the Day (APOD)]

Photographer captures this meteor photo without planning while he was asleep