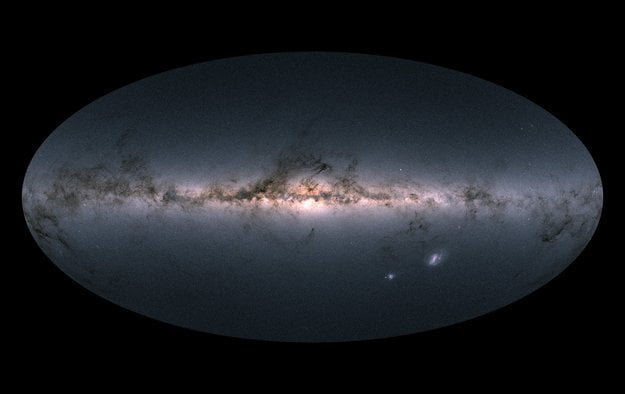 The European Space Agency (ESA) just released the second star map taken by Gaia space agency’s one-billion-pixel camera. It contains 1.7 billion stars in our galaxy and is the richest star catalog to date according to the agency.

Launched in 2013, Gaia’s mission is to map the Milkyway Galaxy. Its first star map was released in 2016 and included the precise coordinates and movements of 2 million stars. Just a few days ago, the space telescope produced an updated galactic census that’s even more expansive. The new version now reaches celestial bodies up to 8,000 lightyears away, including 14,000 asteroids.

ESA states that the information from Gaia is essential for investigating the formation and the evolution of our home galaxy. When asked about Gaia’s new release, mission manager Fred Jansen said that “scientists will be busy with this data for many years, and we are ready to be surprised by the avalanche o discoveries that will unlock the secrets of our galaxy.”

Even if you’re not a scientist, exploring Gaia’s website alone will pique your curiosity and keep you busy. Once you download the open-source Gaia Sky, you’ll gain access to the telescope’s 3D map and data. The VR rendition of the Milkyway can be viewed on your smartphone or laptop. However, the best way to experience it is through a headset.

For a quick preview, you can also watch the 360-degree view of Gaia’s sky in this short video from ESA below:

If you find this short clip impressive, just wait until you see the universe in virtual reality.

This breathtaking colorful meteor was captured in a single photo