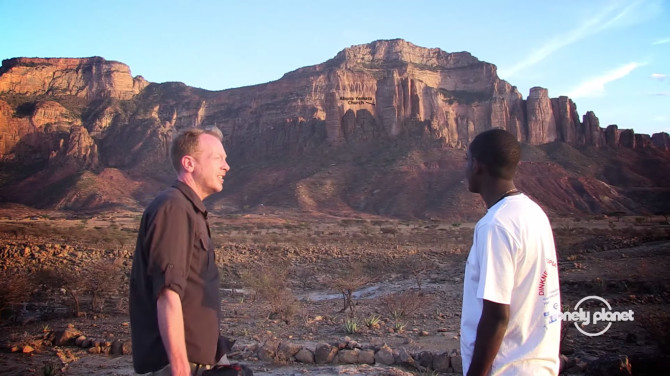 As I was watching this clip of Lonely Planet photographer, Philip Lee Harvey, scale sheer vertical cliffs so he could photograph the Abuna Yemata church in Ethiopia, all I could think was how awesome his cameraman and film crew are. The climb, which took them 2500 feet up, involved no ropes or safety gear, and was completed barefooted in heavy winds. The trek Harvey made was borderline crazy. His crew was doing the same trek while carrying up all the camera equipment and filming while they were at it. Kudos to Harvey and his crew for getting it done.

Watch in wonder as the team climbs to one of the most inaccessible churches in the world:

I imagine for some, the thrill of this climb would be incredible. For others, I see palms starting to get sweaty just by watching the video. Which side do you fall on to? Tell us about the most extreme situation you’ve put yourself in to “get the shot” and at what point do you think the risks start to outweigh the thrill? Share your opinion with us in the comments section below!

Look after your gear: my camera backpack got stolen from a church at a wedding

« How Many Hot-Shoe Strobes Are In A Monoblock?
How To Get The Perfect Corporate Photo »