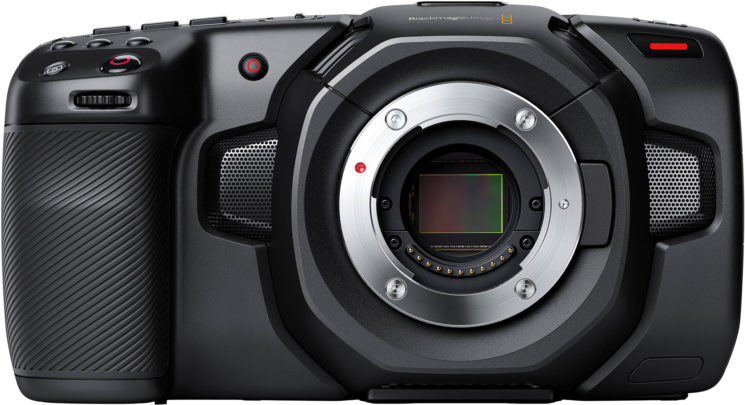 Blackmagic has just announced Blackmagic Camera Setup 6.1 which brings a firmware update for the Blackmagic Pocket Cinema Camera 4K. They say that it brings improved autofocus performance, better battery life, USB-C external SSD fixes and a host of other issues. There’s no sign of Blackmagic RAW yet, though.

No other cameras receive any updates in the new 6.1 version of the Blackmagic Camera Setup software, although the features listed for the Pocket 4K that have been added, improved, fixed or updated should keep many users happy.

Two of the biggest issues that have been addressed are the premature battery life, where the camera shuts off without warning when the battery indicator is around 30-40% and an issue with the use of external SSDs if they were connected to the camera before turning it on.

The latter was more of an annoyance than a major issue, but I’ve seen more than a few posts about it in various Facebook groups since the camera was released. If you plugged your SSD into the camera before turning the camera on, then it simply wouldn’t detect it. This is quite annoying if you regularly turn off your camera between takes to conserve battery life (as you do when the camera’s shutting down while the battery’s showing 30-40% left). Each time you want to turn it back on you’d have to unplug the SSD, turn the camera on, and then plug the SSD back in. Now, that annoyance appears to be fixed.

On the issue of early shut down even while there’s plenty of charge showing in the battery, this is something that isn’t easily worked around. It’s taken Blackmagic a while to address it, but this, too, now seems to be resolved. If you’ve got a Pocket 4K and can test this, let us know in the comments.

A few audio issues have also been fixed, including one that recorded your audio quieter than it was supposed to be, the audio input selection interface has seen an update, too, and AV sync performance has been improved.

There’s no mention of Blackmagic RAW (BRAW) in the update notes. Hopefully, it’s something they still plan to implement one day, because right now lack of BRAW is the only thing stopping me from putting my own money down on one or two. It’s still a pretty amazing camera, especially for what it costs, but if I don’t have to spend a bunch of money upgrading my computers to handle 4K CinemaDNG, then I’ll wait until I don’t need to.