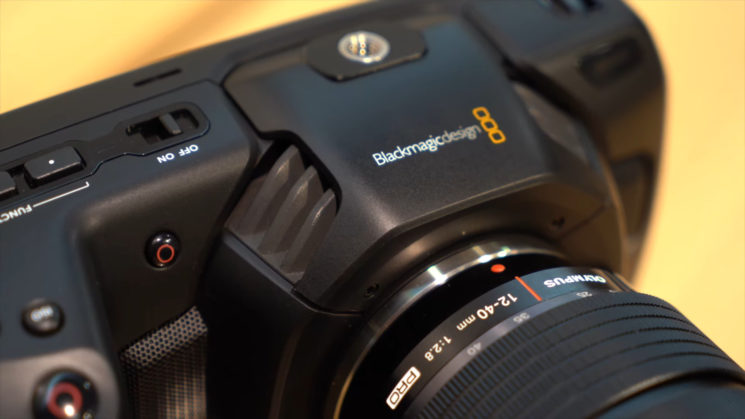 Recently added to the Blackmagic Pocket Cinema Camera 4K firmware to replace CinemaDNG, Blackmagic RAW (BRAW) is an impressive format, capable of producing some pretty amazing quality footage in relatively small file sizes. At NAB 2019, we had the chance to sit down and talk with Blackmagic about the new BRAW format, the recent firmware update for the Pocket 4K, as well as the new battery grip.

The Blackmagic Pocket Cinema Camera 4K has proven to be a wildly successful camera. So successful that Blackmagic hasn’t been able to keep up the demand. Pre-orders first started shipping over six months ago and there’s still a waiting list if you put money down on one today. Blackmagic says they are knocking down the wait times now, though, and expect them to clear up within the next month or two.

The latest firmware update for the Pocket 4K, though, might boost that demand again, as it adds the new Blackmagic RAW format to its feature set. BRAW is a much more efficient raw codec than the previously used CinemaDNG as it utilises your camera’s hardware to partially process the footage. This means that a lot of the heavy lifting has already been done and you can get great quality in small file sizes.

These small files are also easier for computer hardware to process. I’ve tested the 4.6K BRAW samples on my ASUS ZenBook Pro vs 4K CinemaDNG and where CinemaDNG would occasionally stutter (even working off a 3GB/sec SSD), the BRAW footage worked flawlessly. It felt like I was editing 1080p ProRes as far as speed was concerned.

Right now, only the Pocket Cinema Camera 4K, URSA Mini Pro, and URSA Mini Pro G2 support BRAW. Blackmagic says, though, that while the focus is on these cameras, we may see BRAW eventually coming to other cameras and even some non-camera devices.

The big announcement for the Pocket 4K, though, is a new battery grip. It houses a pair of Sony batteries to provide the camera with much longer life than you can get with the internal Canon battery. It adds about 2 hours worth of runtime to the camera, although that will obviously depend on what you’re doing with the camera. 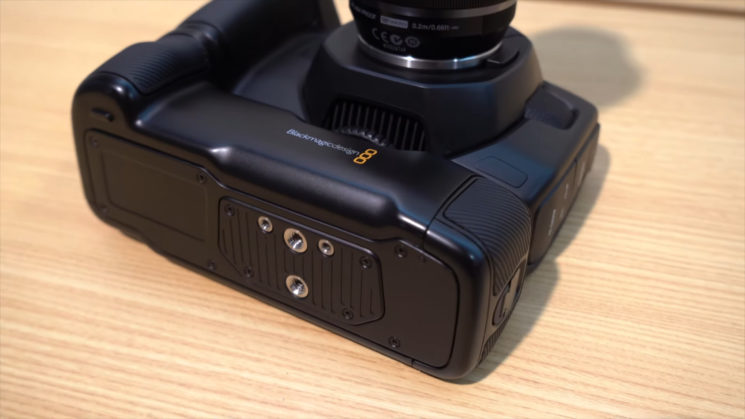 The Pocket Cinema Camera is available to buy for $1,295, although it still might take a few weeks to arrive.